Sergeant Man is classified as: 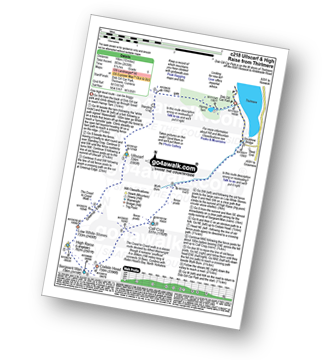 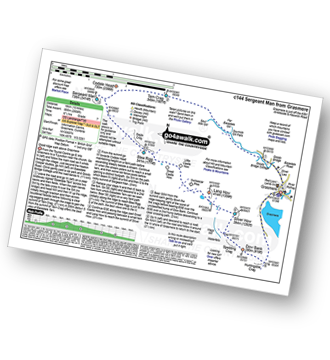 Richard Marshall climbed on July 16th, 2021 [from/via/route] Sergeant Man and others [with] Me, Bo and Roxy [weather] Sunny very Hot

Claire Murray summited on May 29th, 2021 [from/via/route] Parked in Grasmere. Silver How, Blea Rigg, Sergeant Man, High Raise and Tarn Crag. [with] Vitor [weather] Lovely day. Was sunny but not to hot. - Lovely walk. East to start with and some stunningly laid stone paths to follow. The last part of the track was a stone path beside a river with the sheep fenced it and it was so beautiful!

John Tippins scaled on September 22nd, 2020 [from/via/route] Grasmere [weather] Overcast, low cloud for most of the day, drizzle/rain all day.

Andy Buxton walked up during November, 1989 [from/via/route] From NDG: Blea Rigg, Sergeant Mann, High Raise and Thunacar Knott [with] Solo [weather] Very dreary - I was glad I didn't waste a decent day on this one!

Mike Dunphy bagged on June 24th, 2020 [from/via/route] Grasmere via eats dale rd [with] Caitlin and molly [weather] 28' hot - Great day out 20k with Caitlin and molly on a glorious day, followed with a dip in grassmere

Angela Moroney hiked during May, 2017 [with] 3PEAKS

Michael Nolan conquered on May 19th, 2020 [from/via/route] grasmere [with] Morag [weather] wet and cold until we finished when it was lovely

Lucy Perchard climbed on May 20th, 2018 [from/via/route] On an 8 Wainwright walk of the Langdale Pikes [with] Tony [weather] Lovely - Great views to Pavey Ark and Stickle Tarn

Simon Boddy hiked on September 14th, 2015 [with] My girlfriend

Elaine Evans bagged on July 3rd, 2017 [from/via/route] From Grasmere to Easedale Tarn, then up to Blea Rigg, Sergeant Man and Tarn Crag before descending into valley and back to Grasmere again. [with] Sue and Christine [weather] Sunny and dry with a light breeze. - Enjoyable day on the fells, have missed our walks over the last few weeks but today was perfect.

Chris Tomlinson hiked on March 24th, 2017 [from/via/route] Grasmere [with] Lee Boldison, Tim Morgan, Dave Rolinson, Dave Jessop, Phil Marsden [weather] Warm and dry but still snowy up top. - Fabulous day and a harder walk than we all imagined. Lee had a wobble and set off on his own route on the descent but Dave and Dave went to his rescue whilst Tim, Phil and I completed the full walk round the back of the first tarn :-)

Dave Gay hiked on March 19th, 2011 [from/via/route] Climbed from Grasmere via Easedale Tarn. Carried on to High Raise [with] HP

Jon Mapp walked up on September 26th, 2015 [from/via/route] C144 from Grasmere [with] Suzzanné [weather] Cloudy, with sun, not too cold and not too hot. - Great views of Easedale Tarn, bit of a slog from Tarn Crag to Sergeants Man

Adrian Shepherd summited on March 25th, 2012 [from/via/route] From Grasmere via Easedale Tarn [with] Gillian [weather] Fabulous. Hot and sunny - Gillian sunbathed while I climbed the last couple of hundred feet!!

Dave Eyes walked up on May 11th, 2014 [from/via/route] Up from New Dungeon Ghyll [with] Christine Eyes [weather] Mostly rain - one of the 5 wainwrights we did that day

Kevin Parnham bagged on February 9th, 2014 [from/via/route] From Grasmere via Easedale Tarn [with] Jo [weather] Cold and very windy but generally clear,snow higher up near summit and substantial covering across to High Raise summit

Marcus Bradshaw hiked on October 29th, 2013 [from/via/route] Grasmere First did Silver Howe then Blea Rigg then onto Sergeant Man followed by Tarn Crag [with] Marcus [weather] Rain and wind - OMG what a walk this was. we had nt planned to go to Sergeant man, we was originally heading to Tarn Crag from Blea Rigg . We got slightly lost. We stopped for lunch just after bagging Sargent Man and then decided we still had to find Tarn Crag so off we set.

John Powell scaled during May, 2009 [from/via/route] Easedale via Tarn Crag

Tim Buckley walked up on May 25th, 2013 [from/via/route] From Thunacar Knott walking to Blea Rigg where I lost the way a little! [with] Esther [weather] Hot and sunny - Bumped into a group of international young people, lead by a German girl who seemed to know where she was going, with a loud mothed Yank in tow who didn't!

Harry Meijer hiked on May 3rd, 2013 [from/via/route] High Raise from Grasmere [with] The Lake District Walker

Charlie Housley summited on April 28th, 2013 [from/via/route] Via Dungeon Ghyll, clock wise from the new hotel, taking in Loft Crag, Pike O` Stickle, Harrison Stickle, Pavey Ark, Thunacar Knott and High Raise. [with] Daz, Dan and Dave (3D!). [weather] If I thought I could use expletives I would, but lets just say the weather wasn`t the best it could have been. Horizontal rain and 60-70 mph gusts with the occasional introduction of hale just to keep us on our toes. - Amazing landscape, even in this weather, not like anything else I`ve walked in the Lakes before, very unique.

Craig Hewison bagged on September 9th, 2012 [from/via/route] Walkc302 from grasmere [with] Chris & roxy [weather] Fine and a little cloudy - Got lost and completely underestimated the walk

More Photographs & Pictures of views from, on or of Sergeant Man 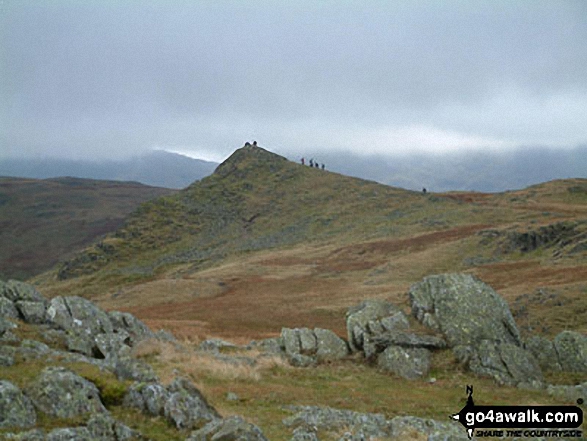 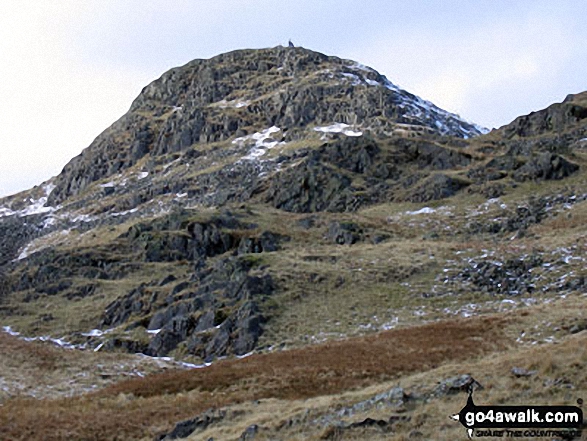 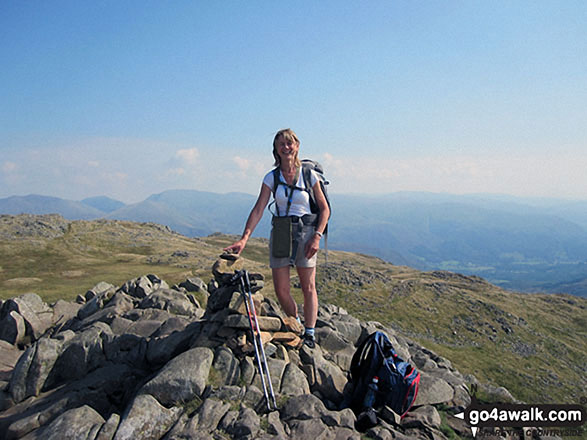 Me on the summit of Sergeant Man 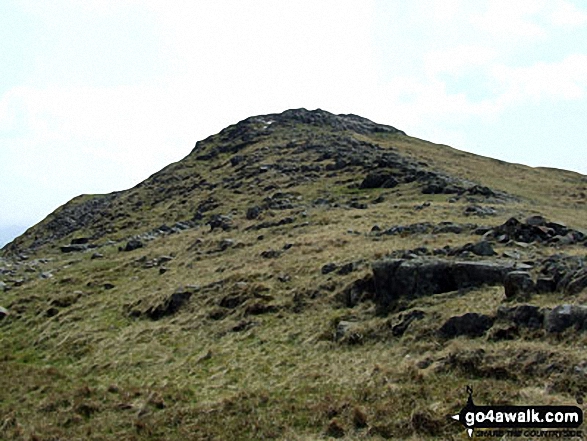 Approaching the summit of Sergeant Man 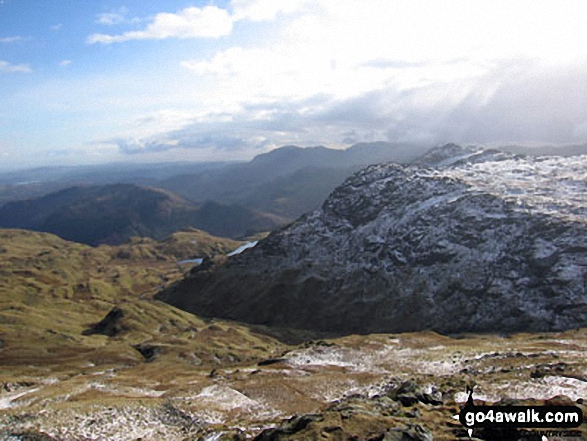 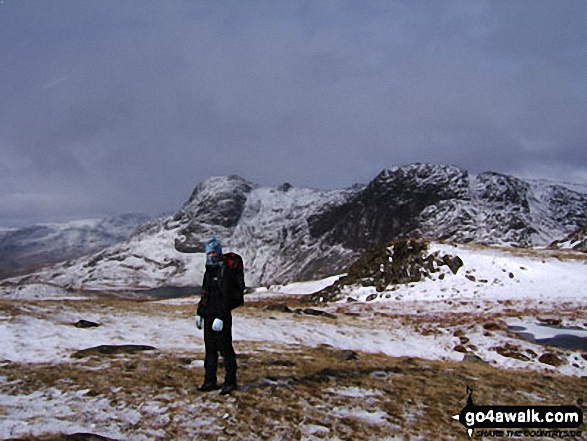 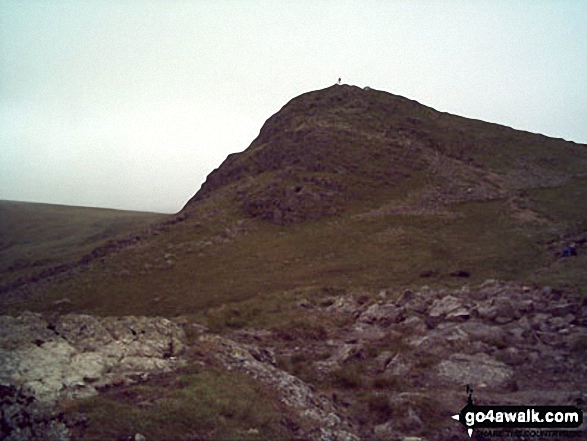 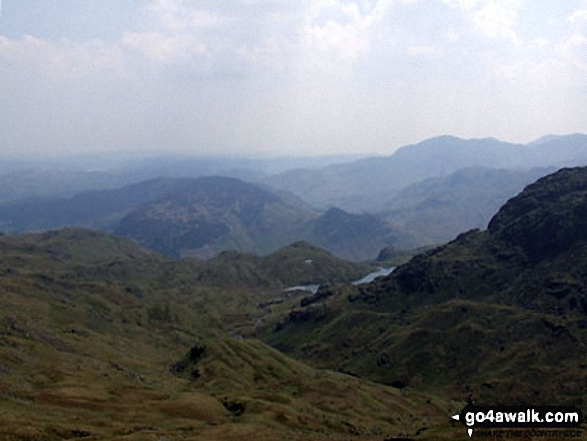 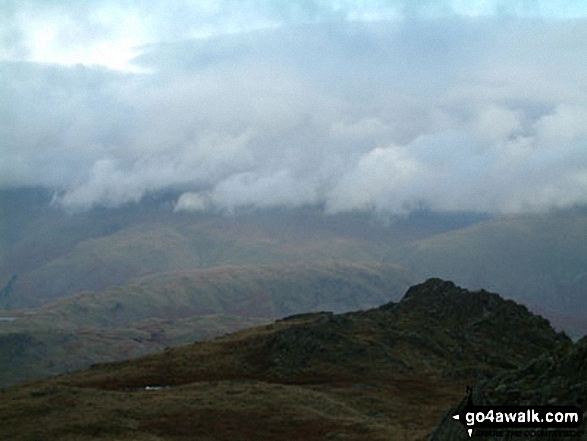 Clouds over the Langdale Pikes from near Sergeant Man

. . . see all 14 walk photographs & pictures of views from, on or of Sergeant Man

Send us your photographs and pictures on, of, or from Sergeant Man

If you would like to add your walk photographs and pictures featuring views from, on or of Sergeant Man to this page, please send them as email attachments (configured for any computer) along with your name to: