Peak Bagging the Mountains, Tops, Peaks and Hills in area of The Peak District National Park in England

The Peak District lies at the southern end of the Pennines and is divided into two distinct areas: The sparsely populated Dark Peak to the north where the landscape is mainly desolate moorland on gritstone and the White Peak to the south where the villages, hamlets, pasture and farmland lie on a limestone base.

On 17th April 1951, The Peak District became the first National Park to be created in the UK and on 24th April 1965 became home to the start of the first official Long Distance Path or National Trail, The Pennine Way, which begins its long, lonely 257* mile journey north from Edale.

This was due in no small part to The Kinder Trespass in 1932. Back then, such open moors like the Derbyshire Peaks were closed to all but the landed gentry who used them for just 12 days a year for sport.

*See GPS Waypoints for Walking The Pennine Way from Edale to Kirk Yetholm for more details.

There are 106 'tops' to walk up, bag and conquer, the highest point is Kinder Scout and the area includes:

View these Mountains, Tops, Peaks and Hills in The Peak District:- 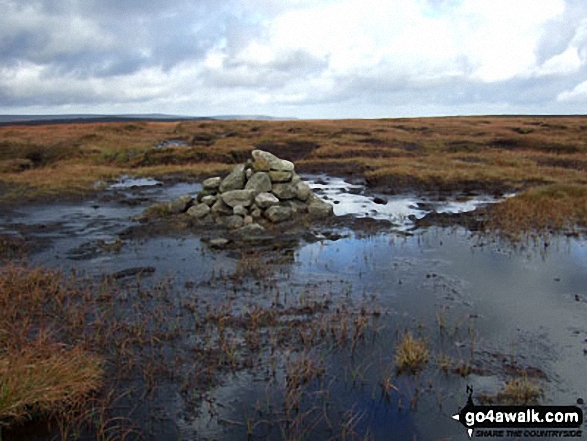 › The 106 tops in the The Whole of The Peak District