There are four distinct areas in The Northumberland National Park: The Cheviot Hills to the north, rolling moorland further south, huge forestry plantations and the rough, rocky and rugged section of Hadrian's Wall. It is one of the least populated and least visited of the UK National Parks which makes it a fantastic place to go for walking in solitude.

There are 32 'tops' to walk up, bag and conquer, the highest point is The Cheviot and the area includes:

View these Mountains, Tops, Peaks and Hills in Northumberland:- 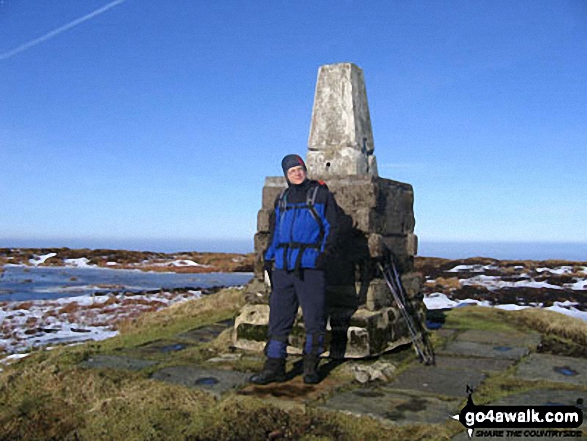 The summit of The Cheviot, the highest point in Northumberland National Park
Photo: Julian Whitley