Hopegill Head is classified as: 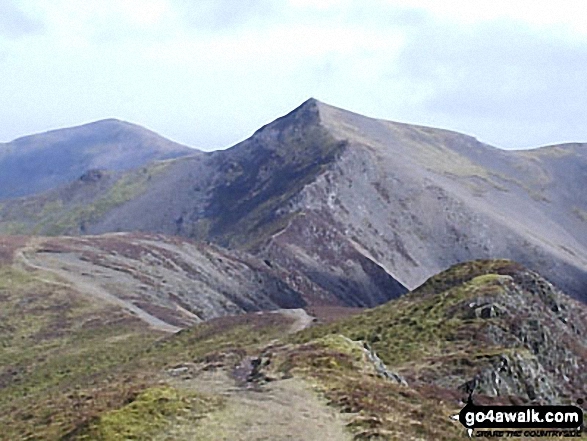 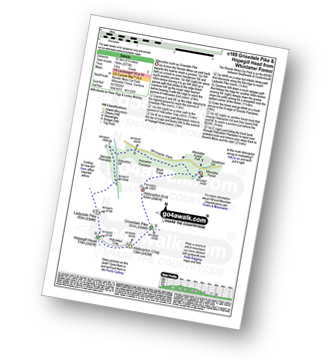 Easy scramble up an exposed ridge 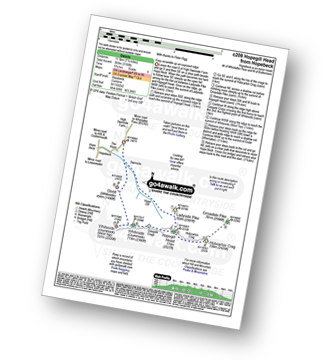 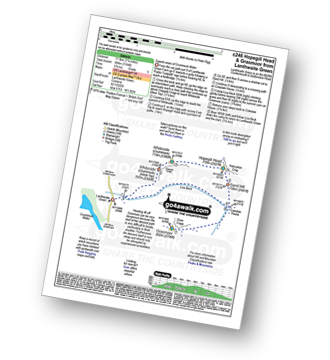 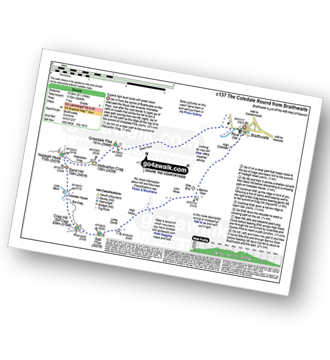 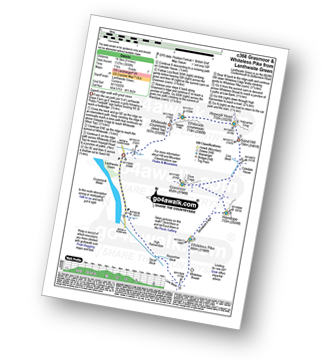 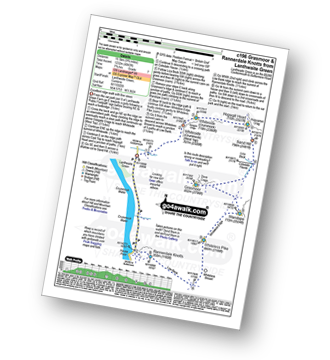 Claire Murray walked up on April 4th, 2021 [from/via/route] Coledale Horseshoe. Grisedale Pike, Hopegill Head, Crag Hill, Sail and Outerside [with] Vitor [weather] Awful! Started off sunny and hot but was 40mph winds at the top and complete cloud. Very windy and cold, much nicer at lower heights - Hard going to start with but a lovely easy to follow track. Would be much nicer on a day with better weather

Catherine Hill climbed on September 26th, 2020 [from/via/route] The top of Crummock Water over Whiteside East Top and Hopegill and, after Grassmoor, down to Buttermere via Whiteless Head. [with] Alone [weather] Dry but cloudy and v. windy.

Claire Kirk conquered on July 11th, 2020 [from/via/route] Braithwaite [with] Phil [weather] Low cloud and drizzly to start, sun came out in the afternoon

Kevin Foster scaled on May 20th, 2020 [from/via/route] Whiteside East Top (Crummock). [with] By myself. [weather] Very sunny and very hot. - The continuing rocky ridge looks daunting and steep but is actually not that difficult as it climbs to the summit of Hopegill Head. I'd recommend keeping right on the ridge itself rather than following the lower path as the scrambling is quite easy and more fun!

Richard Marchant climbed on October 3rd, 1993 [from/via/route] We parked at the car park just before the visitors centre up in Whinlatter Pass. The walk was basically Coledale Round starting with a walk through the Hospital Plantation on to the ridge of Sleet How and the ascent of Grisedale Pike then on to Hopegill Head-Sand Hill down to Coledale Hause followed then by the ascent of Crag Hill (Eel Crag) to Sail and then descended to Outerside missing out on Causey Pike due to Marlene shattered as it had been a long day for her, so then to Stile End and down into Braithwaite and back up the road to the car. That trek up the road seem to go on for ever and was a bad move. [with] Marlene & Alan Harker [weather] A fine day with no wind and wall to wall sunshine - Carried out the Coledale Round with Marlene and Alan Harker and the memorable thing we still laugh about today was the the pubs didn't open all day then and when we got into Braithwaite everything was closed and Marlene was so looking forward to a half of Shandy.

Dave Eyes bagged on June 17th, 2019 [from/via/route] Parked at Lanthwaite farm layby on the road to Buttermere. Crossed the road and headed up Whiteside. Onwards from Whiteside to Hopegill Head and then further on to the top of Grisedale Pike. The return journey took us via the top of Grasmoor and we descended via Lad How to the road and walked back to the car. [with] Christine Eyes [weather] good visibility but very windy once up high.

Craig Steeland summited on June 29th, 2019 [from/via/route] From Langthwaite [with] With Sue [weather] Partly cloudy, warm and dry apart from a few patches of light rain

Richard Beardsley conquered on July 3rd, 2019 [from/via/route] Walked route C169. Commenced walk at 0945hrs. and arrived back at the car park at 1415hrs. (£8 to park). [with] Gillian. [weather] Beautiful sunny day, with a slight breeze. Ideal for walking. - Fantastic views once height gained. Not as hard as first thought. Thoroughly enjoyable day.

Bay Wan bagged on August 2nd, 2018 [from/via/route] Whiteside, Hopegill Head and Grisedale Pike and return through the valley bypassing Force Crag Mine [with] Cocoa dog - 7 yrs old [weather] Cloudy with sunny intervals. 20 degrees - Waaaaay too much scrambling, scree, ridges and one of the shitest pathways in the valley. Went round in circles near the end cos it wasn't obvious where the path had gone! This walk is doable but challenging and not for the faint hearted!

Stella Nuttall summited on July 4th, 2018 [from/via/route] From Whinlatter Forest - 2nd attempt from Whinlatter as last time we couldn't find our way out of the forest! Found our way out today, walked up to Grisedale Pike via Hobcarton End and continued to Hopegill Head. Descended via Ladystile but had great difficulty finding our way back into Whinlatter Forest. Finally we did but I (Stella) was seperated from Ann, Sally and Kath for the last hour. A lot of trees have been chopped down on the edge of the forest which were covering the paths. [with] Stella, Ann, Sally and Kath [weather] Beautiful hot sunny day with 360 degree clear views. - Christine unable to join us a she had a swollen knee. The Chalet at Portinscale for breakfast.

Andy Jakob walked up on April 22nd, 2017 [from/via/route] Buttermere to Vale of Lowton [with] AFWC

Richard Wilkinson bagged on May 5th, 2017 [from/via/route] 6 Peak Circular from Lanthwaite NT Car Park - Whiteside, Hopegill Head, Grasmoor, Wandope, Whiteless Pike and Rannerdale Knotts (finishing with a detour into the secret valley of Rannerdale). [weather] Sunny day, but with strong winds. - Good ridge walk from Whiteside to Hopegill Head - fantastic lake views from the top of Grasmoor, but difficult to stay still in the wind - enjoyable descent from Whiteless giving views of the Bluebells in the secret valley. Camera battery went on Wandope, only for me to realise that I was already using the spare!... best part of the walk with no camera! DOH!

Nick Dobson bagged on May 21st, 2016 [from/via/route] Braithwaite via Grisedale Pike [with] Margaret & Ralph [weather] Cloudy but warm - Back down through Coledale

Lee Senior summited on April 5th, 2014 [from/via/route] As part of the Coledale Round [with] Andy [weather] rain and low cloud with mist

Graham Coules conquered on May 19th, 2014 [from/via/route] Grisedale Pike and Hopegill Head from Whinlatter [with] Dale [weather] Sunny and warm

Tim Buckley hiked on August 17th, 2011 [from/via/route] Following the Coledale Round, from Grisdale Pike on the way to Eel Crag. Second climb on the 26th August 2013 from Whiteside on the way to Sand Hill then Grasmoor. [with] Both solo walks. [weather] Hot and sunny on both occasion's, so much for bad UK summers! - Talked to two other walkers from Carlisle who had already completed all 214 Wainwrights - fantastic.

Darren Mortimer scaled on February 2nd, 2013 [from/via/route] Braithwaite [with] Dermot Palmer [weather] Sunny with a little wind but very cold on the tops

Charlie Housley bagged on July 5th, 2012 [from/via/route] As part of an extended Coledale Round which included Grisedale Pike, Grasmoor, Whitesdie, Wandope, Whiteless Pike, Eel Crag (Crag Hill), Sail and Scar Crags. [with] Solo. [weather] A proper mixture today. Started out with the sun glaringly hot and no cloud, then later, lots of dark clouds and the threat of thunder and lightning. One thing that was constant was the humidity; which was a cracking 90% apparently.

More Photographs & Pictures of views from, on or of Hopegill Head 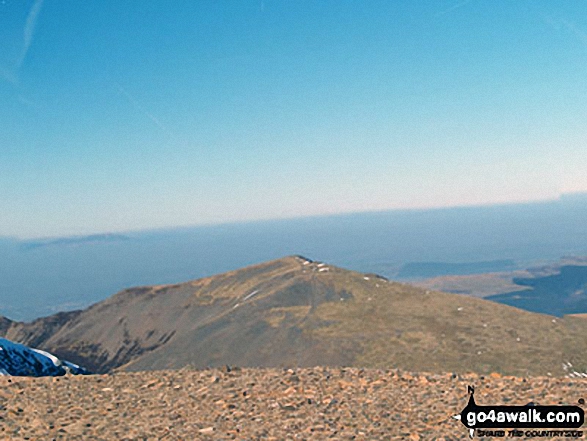 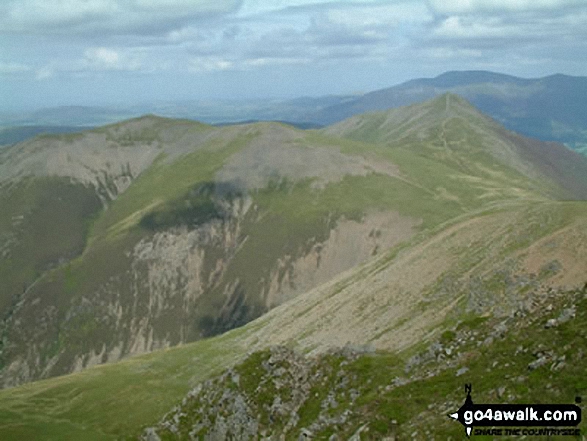 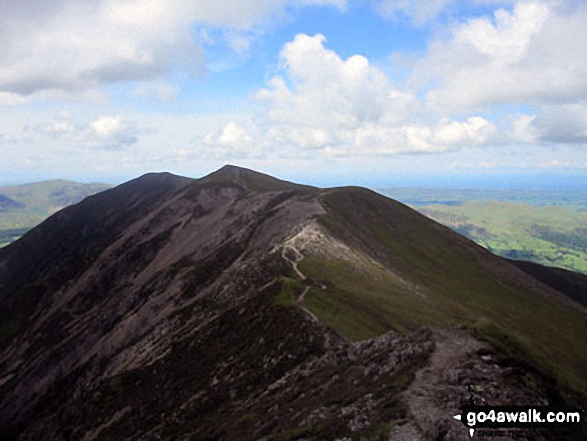 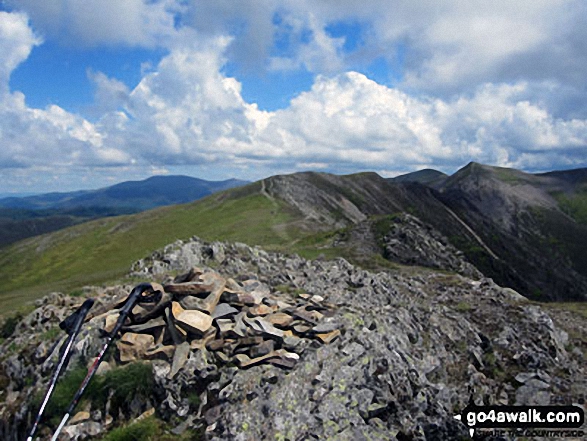 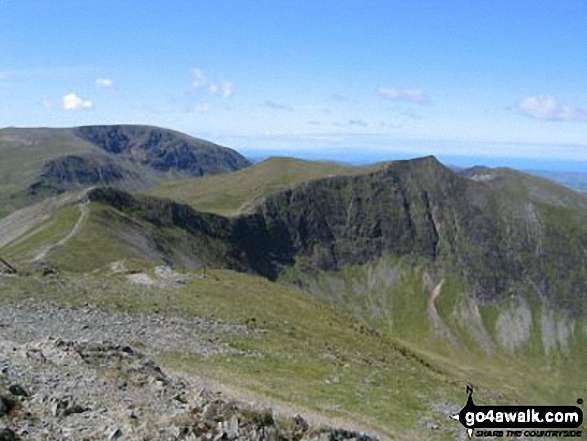 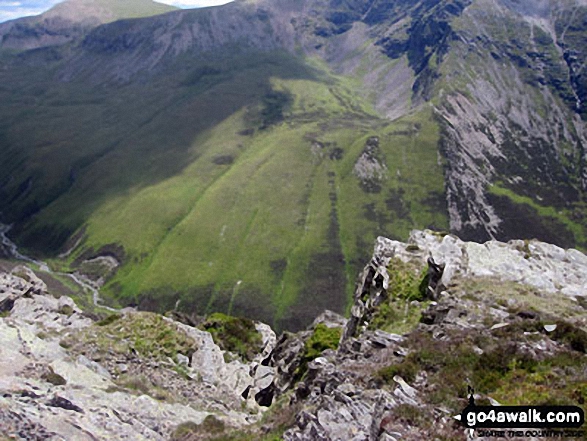 Looking across Hobcarton Crag to Grisedale Pike from Hopegill Head 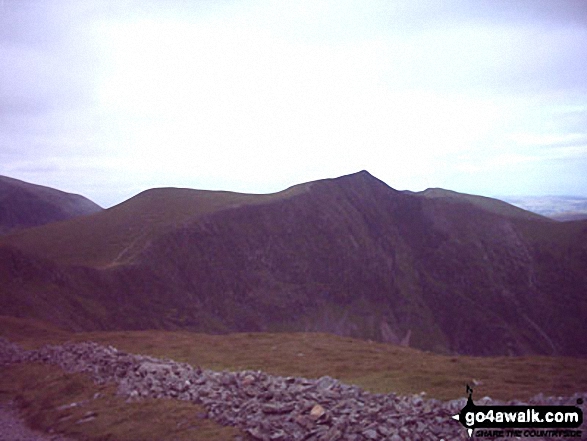 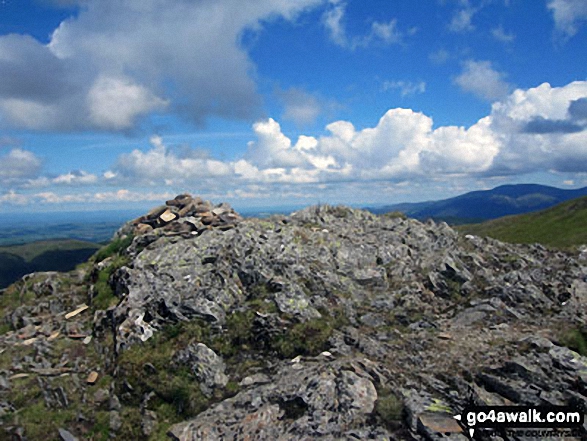 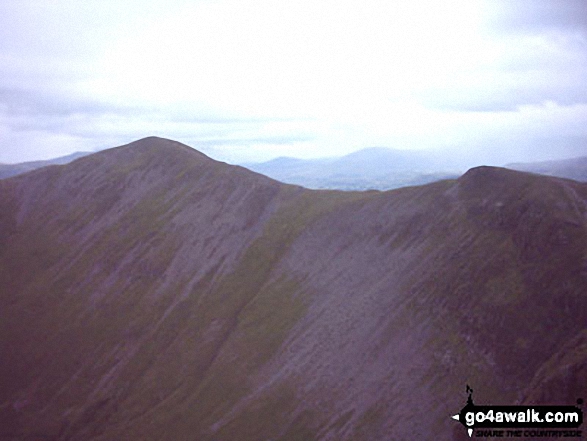 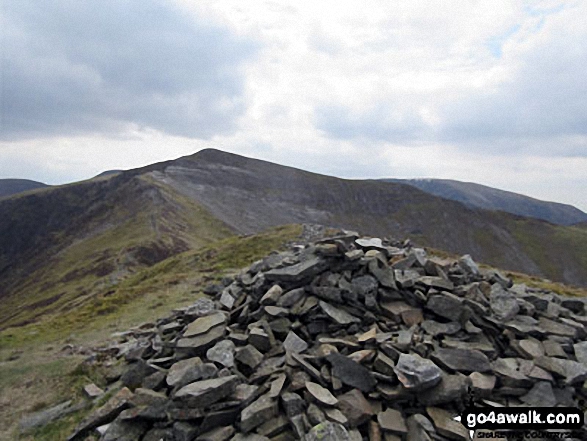 . . . see all 22 walk photographs & pictures of views from, on or of Hopegill Head

Send us your photographs and pictures on, of, or from Hopegill Head

If you would like to add your walk photographs and pictures featuring views from, on or of Hopegill Head to this page, please send them as email attachments (configured for any computer) along with your name to: