Footpaths and rights-of-ways in England and Wales: are they well maintained where you want to go walking? 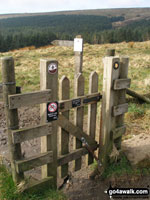 The Audit Commission has recently published the results of the 2006-2007 assessment which looked at the ease-of-use of footpaths and rights-of-way in England and Wales.

In submitting data to the Audit Commission, each Highway Authority has to calculate the percentage of the total length of footpaths and rights-of-way under its control that are 'easy to use'.

The average across all English Authorities was 76.3%. In England, the best performing region was London (92%) whilst West Midlands at 55.9% was the worst. Wales is treated as one region with an average of 51%

Drilling down a little further, to the results for the counties where some of the more popular walking areas are located, is also quite revealing.

One of the more striking aspects of this is the (relatively low) percentage of 'easy-to-use' paths in Cumbria, Cornwall and several of the Welsh counties. Clearly there are many factors not included in these calculations - for example, absolute number of footpaths, sheer volume of visitors - that would have a significant impact on the size of the maintenance 'task' in any particular area. That having been said, there is surely a case for increasing the investment in the maintenance of footpaths in those areas where walking is an important contributor to the rural/tourist economy.

Economics aside, walking in the hills and country-side can offer many benefits to individuals who want to improve their health and sense of well-being. The Chartered Society of Physiotherapists (CSP) have recently issued a statement urging local authorities to maintain footpaths and rights-of-way so that more people can be encouraged to take outdoor exercise. This makes the CSP one of the latest health-professional groups to highlight the benefits of walking and other outdoor activities.

- Physiotherapists encourage people to exercise more in the 'great outdoors' - and

- Example of how to report problems with specific rights-of-way

“The phrases " 'easy-to-use' paths" and "the size of the maintenance 'task'" in this article rattled my rucksac as one of the factors not reported in these audits is the size of the auditors. Boot size, leg length, body height and a few other body measurements can all make a difference as to whether a stile is easy to sue or not. Its not just stiles that are affected by body measurements. Being a well fed muscular 6ft3 I often have problems with kissing gates built for 'narrow' folk. Though its not always that way round as the height of the kissing gate fixtures can have an effect as a slim lady (perhaps a third of my body weight) found when she could not get through a kissing gate without removing her rucksac although I had just got through it with ease. The latter did bring up another factor though that audits don't look at i.e the entertainment value that route difficulties can provide.”

“Where do I get a copy of the Audit Commission's report on this subject? I am interested that you gave no mention of the Isle of Wight in your tables which has 500 miles of paths and is a very popular place to walk.”

“No these statistics aren't very revealing. You have to understand (like all Govt stats) what they mean. They are the percentage - not of the paths we use - but of the Public Rights of Way (PROW) sampled in the quarter. Those sampled are less than 1% of all the PROW in the areas. Lancashire used to report their results to each individual Borough but have had to abandon it as the result were meaningless. One quarter a Borough could have 95% and the next 50% depending on where (if) the sample was taken. Any, incredibly minor, infringement makes the path not easy to walk (nettles, overgrown hedge, gate hard to open etc). Why is London the highest? Because most of their PROW will be in Parks or back alleys. Why is Cumbria low? Well do you walk there often - if so have you had more than minor difficulty anywhere? No but were you on a PROW? PROWs in The Lakes were incredibly badly mapped (and the OS doesn't help by giving prominence to them and marking the real paths with almost invisible dots). The Council doesn't report on the real paths but on the PROWS. Any walker can give you dozens of samples of this in The Lakes - there are hundreds maybe a thousand. But the survey only looks at PROWs. Just one example because I did it last week. The path up Helvellyn via Brown Cove Crags is easy (if horrible) to use because it has been paved up most of its length. But its not on the real line of the PROW so, if sampled, it fails - because the path along the PROW no longer exists (if it ever did). Legislation rightly makes it difficult to change a PROW (if it didn't landowners would soon get rid of many) but in the 21st century we (and particularly the OS) need to find ways round the stupidities that this creates - and which may be one reason why the Mountain Rescue teams are increasingly over stretched.”