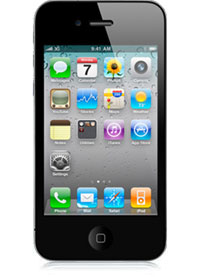 SARLOC is a smartphone application developed by Russ Hore, from the Ogwen Valley Mountain Rescue Team. Russ designed the app to help his colleagues deal more quickly with incidents in which a walker needing help was unable to give his/her location.

If the walker in trouble is using a smartphone, then he/she is sent a text message with a link to a webpage. Clicking on this link opens a page in the phone's browser which queries the phone to identify its location as a Lat/Long coordinate. This location data is then displayed to the user and automatically added over the internet to the Mountain Rescue Team's database.

The MRT call handler can then see the phone's (and hence the caller's) location displayed on a digital OS map display - using another application also developed by the talented Russ.

The accuracy has been reported to be on average +/- 100metres

Obviously to benefit from SARLOC the walker needs to have a phone with both an internet connection and the geolocation feature enabled.

That having been said, SARLOC has proved itself and been used very successfully in a number of incidents over the last few months in Snowdonia, The Brecon Beacons and The Lake District. Interest has also come from further afield as Search and Rescue Teams in other countries are now also considering its use.

Mark Jones, a member of the Brecon MRT, speaking after a recent rescue aided by SARLOC was keen to make the point that the success of the app should in no way encourage the over-reliance on smartphones as a walker's sole navigational tool.

"This software is a great help to us, but should in no way replace the use of a map and compass by walkers on the hill.

"It may help us locate the missing persons more quickly than traditional search techniques, but basic mountain skills are still essential."

Please note that SARLOC is not available in public app stores. When necessary, it's distributed directly by the Mountain Rescue Team to the walker in trouble.

Note from our Editor:

Compass and map navigation is a basic skill that you must have if you're walking in the high hills, fells and mountains. If you don't have this skill - then please learn it. A smartphone alone is not - and never will be - an adequate substitute for a suitable map, compass and basic skills. For more information and some detailed tutorials see Grid References and Navigation Techniques

The majority of our mountain walk route pdfs have GPS coordinates printed on them at strategic decision points. So if you do not have a smartphone or internet access you can always read the GPS coordinate of your last waypoint. In an emergency, you can use this plus an estimate of how long you've been walking from there plus your direction of travel to help establish your approximate location.

“37-year-old Eirin Martinsen's life was saved after she became lost on a 4000-ft mountain in northern Norway on Easter Saturday. The local rescuers had SARLOC on trial over the weekend.

'SMS messages that saved a life':

"Many feelings were in play. I saw my family and friends at my graveside", said Eirin Martinsen. Over Easter she was saved in a demanding rescue operation near the northern town of Bodø.

After being missing for six hours on the 4000ft Gråtåtinden the 37-year-old was saved by a new system that was being tested out at the weekend. On a ski trip on Easter Saturday afternoon Eirin saw the weather change suddenly from sunny to wind, snow and zero visibility.

"I was almost at the top. I couldn't see anything and decided to go back. But the weather made it more and more difficult to see where I was going", she said. She rang friends and told them the situation. "I knew I was off course, and said, 'don't be frightened but I don't know where I am'. They asked what I could see, but I could see nothing in the wind", Eirin Martinsen told nrk.no.

It took a little while before Eirin realised she was in a tight corner. "At 17.30 the police rang and said I had been reported missing", she said. It took nearly six hours for rescuers to find her, during which time she sheltered behind a rock. "Several times I thought they would never find me. It was freezing", said Martinsen. "Then I thought I would not die on the mountain, it isn't my turn", she said.

While she waited a text came in on her smart-phone from the Red Cross. "There was a link for me to click, to give them my position". A little later the next message said, "Hi Eirin, we know where you are. Stay active to keep warm but stay in the same place, don't move".

Around 23.00 Eirin heard a snow-scooter. "I trembled all over. The feeling that I would be going home was overwhelming. It was indescribable", she said. Beiarn Red Cross had sent out nine scooters to search. "We thought we knew where she was. It's a dangerous area. A little further would have taken her into an avalanche zone", said rescue leader Bror Heminghytt.

Just before Easter Red Cross centres up and down Norway were sent a new system for testing. Hemminghytt is sure that without a map reference they would not have found Martinsen. "It's a fantastic system. There are many apps for GPS on the market and this one is very simple. I hope it will be taken up permanently", Heminghytt told nrk.no.

The new system, called SARLOC, was tried out several times over the holiday weekend. "But this incident in Nordland was the first time it has saved a life", said the regional boss in Hordaland Red Cross, Jahn Petter Berentsen. "People don't have to read coordinates - they only click 'OK' and a link. We don't have to do a search, we can go straight into a rescue. But it depends on people having a smart phone".

Eirin Martinsen was glad that she was well equipped with the right phone. "I have never been out in such a tough situation before. Without the SMS I would not be alive today. I was extremely lucky", she said.

“This app saved a womans life in Norwegian mountain during easter holiday. Norwegian Red Cross was testing out the app for future use. See the coverage of the story in Norwegian Broadcasting's pages here: http://www.nrk.no/nyheter/distrikt/nordland/1.10975013”

“Please can I clarify "displayed on a digital OS map display - using another application also developed by the talented Russ" The mapping system called MRMap was not developed by me but by Dave Binks and Rob Brookes in the Lakes. I just developed SARLOC which feeds data into MRMap. I just want to clarify as I hate it when other people claim credit for somebody else's work.”

“Just to make things clear this is not an 'App' so nothing is installed on the lost persons 'phone. it is purely a web page. Russ Hore SARLOC Designer and Copyright holder”