Budget Cuts - what will be the impact on our National Parks? 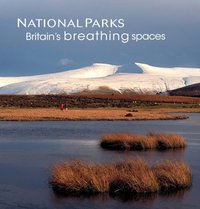 The UK Government's recent spending review has raised the threat of cuts to the budgets available to National Parks.

In this context, many conservationists are concerned that the consultation on the future of National Parks announced recently by The Department for Environment, Food and Rural Affairs (Defra) will mean that economic development will assume as high a priority as conservation.

One of those voicing concerns has been Neil Sinden, policy and campaigns director for the Campaign to Protect Rural England.

"There's been a long running debate around national parks: whether, in addition to protecting the landscape and promoting public enjoyment, there should be a third duty to promote economic progress. That would subvert the other objectives. It would be inappropriate to give it equal status to the original objectives."

Responding to this, Defra say,

"We are not forcing anyone to promote economic development and housing estates and business parks will not start appearing in our National Parks. National Parks have two statutory purposes - conservation, and recreation, but they also bring economic benefits to the region, for example tourism."

"Part of the role of National Park Authorities is to work with the local community to promote economical development and social well-being of the area. Our National Parks are not going to lose their status because of budget cuts."

Defra, itself facing cuts of nearly 30%, provides funding directly to the National Parks - and for many of them this is a major source of income. However, it's also likely that National Park Authorities will be affected by cuts in other areas.

The results of the consultation just announced will be used to determine how reforms in the management of National Parks are implemented and to improve the responsiveness to the needs of local communities, many of which are in decline.

She adds, "Communities, as well as policy makers and visitors, need to realise that a positive economic outlook for the people who live and work within the national parks is intrinsically linked to how well they are managed and funded."

So there is the conundrum. Is it possible to energise the economies within the communities that live within our National Parks whilst preserving the exceptional and iconic landscapes that give them them their intrinsic appeal?