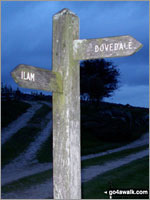 Walking during the winter months is often constrained by the shorter days we have to contend with after the clocks go back at the end of October. But does it have to be like this?

Well, no, says Dr Mayer Hillman, Senior Fellow Emeritus at the Policy Studies Institute, in the October 2010 issue of British Medical Journal. Not putting our clocks back in Autumn for one year but still putting them forward in the subsequent Spring (ie keeping British Summer Time during Winter) is an effective and practical way of not only allowing us some extra daylight but of improving the health and well-being of nearly everyone in the population.

Research has shown that people are happier and more energetic in the longer and brighter days of summer but that this changes during the shorter and duller days of winter as their mood declines with the prospect for many of a leisure time spent predominantly indoors and an end to outdoor activities.

Dr Hillman says that the move to GMT+1 in winter and GMT+2 in summer (aka Single/Double Summer Time - SDST) would increase the number of 'accessible' daylight hours. For most of us in the UK, this would mean the loss of an hour of morning daylight in the winter months but an additional hour of late afternoon/evening daylight on every day of the year.

Even in Scotland, where winter days are particularly short, a change to SDST would mean that an adult in 9-5 employment would have 300 additional hours of daylight during the year (more than half on working days) and children 200 (approximately half on school days).

Information on the typical daily patterns of young and old throughout the UK suggest that these additional hours of daylight at the end of the day would increase significantly the opportunities for outdoor leisure activities such as walking, cycling, sport generally - and the associated benefits to overall health and well being.

Aside from the impact on physical activity, Dr Hillman highlights a range of other wider social and economic benefits stemming from this change - for example on tourism, electricity consumption, carbon emissions and security. For this reason, these proposals have wide support from a variety of organisations in road safety, tourism, leisure, recreation services and from groups representing children, women, pensioners and many in rural communities. He also claims wide, more general public support for the proposal "about 4 to 1 in England and Wales and fairly evenly divided in Scotland."

He concludes, "It must be rare to find a means of vastly improving the health and wellbeing of nearly everyone in the population; here we have it, and it only requires a majority of MPs walking through the "ayes" lobby in the House of Commons."

Walking in the hills and countryside can improve mental health

Walking in the dark

“I fail to be convinced by this proposal which seems to be cropping up all over the media - a well organised campaign by the lighter later brigade. The fact is we would still have the same number of hours daylight but here in the north if you are going to work before 7.00 like I do then the sun would not be up for 5 months of the year! In addition it would still be light at 11.30 in high summer which is no use to anyone - especially if you want to sleep. With regards to walking then do as the other contributor said and as we do and set off an hour earlier.”

“What an excellent well balanced article. It is high time we looked at this and tried to reduce our carbon footprint. Just because a few people in the North of Scotland have to go to work in the dark isn't reason enough for us all to suffer. I say bring it on.”

“I agree with Angus, remembering the disasterous effects of the experiment last time and having to walk to school in pitch black conditions. I've been listening to the comments that this only affects Scotland, but Northern England is in a similar position. As I never get to finish work at 5pm, the only way I get any daylight during the week is in the mornings on GMT, let's not mess with it!”

“Then why not let Scotland have it's own time zone? After all the Scottish have their own parliament and want greater independance. Many countries have multiple time zones.”

“Are we all getting simple minded. If you want an extra hour of daylight at the end of a walk you start an hour earlier. It's not exactly rocket science.”

“Many of the points put forward in this article are misleading. If we kept to BST in wintertime parts of Scotland would see no daylight until 10.00 am! We have had this experiment before (1968 - 1971) and it did not work for Scotland. I would much rather that it was light by 09.00 am in winter than that it was still daylight by 17.00. Dark mornings are more dangerous than dark evenings, especially because temperatures are lower, often below freezing until after sunrise. I believe most people in Scotland would oppose this already rejected idea. It might suit most of England but it certainly doesn't suit most of Scotland.”