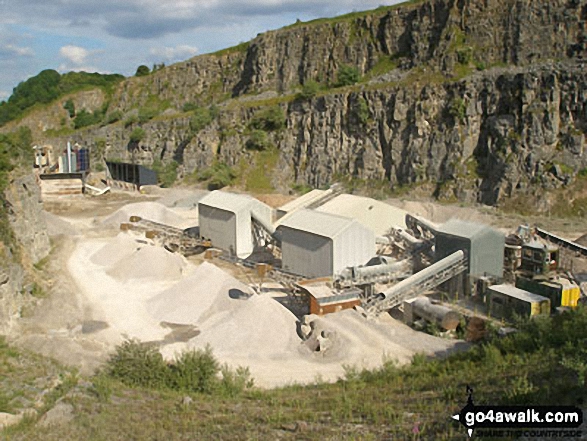 The long running battle waged by the Peak District National Park in its bid to stop quarrying on Longstone Edge has reached an important new stage.

On 28 July 2008, the Authority was granted leave to appeal against an earlier High Court decision that permitted quarrying at Backdale Quarry. Although a date has not yet been set, it's likely that the appeal will be heard before the end of the year.

This latest twist follows the March overturning of the verdict from the February 2007 public inquiry which supported the National Park Authority's enforcement action.

The original planning permission was focussed on mineral extraction - and not on the quarrying of the limestone in which the minerals are embedded.

The Authority's position is that the current extensive limestone quarrying taking place all along the edge goes far beyond the operations allowed by the planning permission granted originally in 1952.

Even as a 'lay person', it's easy to appreciate that developments in extraction technology since 1952 mean that the scale, intensity ... and potential ecological havoc caused by modern day processes can go way beyond what might have been envisaged by those granting the original planning permission.

An enforcement notice was issued in November 2004 which was appealed by the landowner and operator. Because the ongoing damage to the landscape was considered so severe, a notice was served in January 2006 requiring that operations on Backdale stop. Since that time, there have been a variety of legal machinations leading up to this most recent High Court decision.

If this appeal succeeds, then the mining operations will have to stop. But if it doesn't then the irreversible scarring and destruction of this landscape will continue.

Surely the balance between economic development and the preservation of our landscape gems needs to be redressed in this case?

“The decision must rest with the Park authority. They know best the total extent of quarrying in the Park and are best able to balance commercial needs with preservation of the landscape. If only a very small percentage area of the Park is lost to quarrying, but it means that the inevitable building of houses so badly needed, takes place in local stone rather than kilned bricks, then it may be a price worth paying.”