National Parks get tough on inappropriate use of footpaths and bridleways 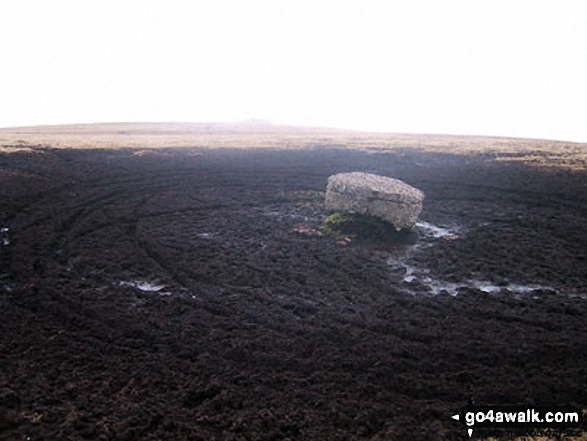 National Parks are now taking action to curb the use of recreational, off-road vehicles.

Many of us have experienced walks over large tracts of moorland and fells turned into quagmires apparently after use by 4x4s or trail bikes. Areas such as Waun Fach in the Brecon Beacons and the route between Malham and Settle in the Yorkshire Dales are good examples of the devastation that can be caused to the terrain and potentially to the wild animals, insects and plants whose natural habitat this is.

Finally it seems that action is being taken to prevent further widespread damage to these sensitive environments and to reduce the impact on other visitors and residents.

The Yorkshire Dales National park has issued guidance for trail bikers on where and how they should ride in the Yorkshire Dales. This has followed a number of successful prosecutions in recent months of riders who were either on non road-legal bikes or were in places where they should not be.

The leaflet, 'Trail Riding in the Yorkshire Dales, explains how trail bike users can enjoy their sport whilst reducing its impact on the environment and other users.

In another welcome development, 1st October saw new measures available to all National Park Authorities designed to further reduce the inappropriate use of recreational off-road vehicles on footpaths and bridleways.

After a period of public consultation, the Government has responded to the many concerns expressed by giving national parks additional powers 'to control excessive or inappropriate use of mechanically propelled vehicles away from the ordinary road network'.

“The Off Roaders who ruined a local lane near me never did a bit to restoring the damage from their activities and wiped out some lovely plants that previously grew on the lane/path they rampaged over. The ESCC council paid for the restoration of the lane but removed even more of the surviving vegetation in the process......”

“The previous thread on trail bikes was started in 2007 and it was noted that there had been activity in the National Parks designed to reduce this activity and prevent further damage. However, last Summer and through this late Winter/Spring it has been virtually impossible to go into the Black Mountains of S Wales without encountering trail bikes. Practically every weekend wherever I walk they are there. This includes the Black Hill and Olchon Valley, Pen Trumau, Waun Fach along to Crug Mawr, the Bal Bach Ridge, Pen y Maellwyn and Y Grib and Rhos Dirion and Twmpa - even along the Offa's Dyke path on Hatterall Hill. I have reported this to the police and the Park authority but understandably it is very hard to police as they move fast and they never have plates. Are there any sensible solutions to this problem?”

“Not before time. Everybody has a right to enjoy the countryside, but that right comes with a responsibility not to destroy it. I've nearly been flattened more than once by mountain bikes charging along tracks that are clearly marked as 'footpath only'. This despite the fact that there are many miles of marked cycle tracks in the area. The same applies to motor bikes and 4x4s. There are areas that are suitable and those that are not. The fact that a green lane exists doesn't automatically make it suitable for motorised traffic. These lanes date from the days of the horse and cart and one motorised vehicle will do far more damage.”

“Yes, I agree 4x4 and trail bikes do damage the countryside, However as walkers we have miles and miles and miles of footpaths to walk, yet people constantly moan when walking on a bridleway and mountain bikers come past, green lanes like Mastiles lane become badly rutted as the parks deemed it a good idea to shut all the other green lanes so everyone used the same lane!! If the traffic was allowed to use other lanes the tracks would have time to recover, Most off road clubs have weekends where people go and repair these routes how many walkers do there bit??? I have sen walkers climb over dry stone walss destroying them in the progress... How do I know all this??? Well as well as been a walker, I also go mountian biking and yes I have a 4x4 which I have to use as I I am a dry stone waller. I think it's about that some walkers should realise they do not own the countryside, it needs to be managed properly for the enjoyment of all!!”