Hart Side is classified as: 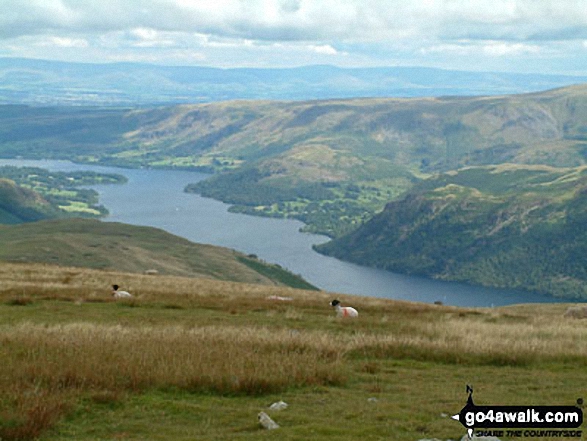 The view from the summit of Hart Side

You can find Hart Side & all the walks that climb it on these unique free-to-access Interactive Walk Planning Maps: (click/TAP to select)

See Hart Side and the surrounding tops on our free-to-access 'Google Style' Peak Bagging Maps:

See Hart Side and the surrounding tops on our downloadable PDF Peak Bagging Maps:

*Walk & bag all 35 Wainwrights in The Eastern Fells area of The Lake District in just 8 easy-to-follow circular walks. 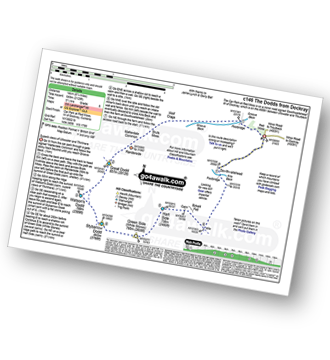 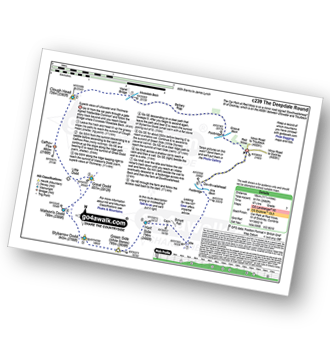 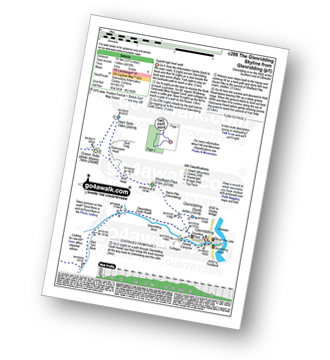 Sarah Moore climbed Hart Side on October 8th, 2022 [from/via/route] c239 / The Deepdale Round [with] On my own [weather] Variable - cooler as befits Autumn but the mist / rain came in a couple of times. Still loved it - Not sure about the ascent of Clough Head & walking back along the road felt a bit of a cop out - but a great walk & more peaks ticked off!

Richard Marchant hiked Hart Side on January 20th, 2022 [from/via/route] Parked at Glenridding's main car park & headed out of the car park & the road leading to the YHA for a short distance then it was up the Rake & on to Glenridding Dodd. From here it was up Heron Pike & on to Sheffield Pike, across to Hart Side back to Green Side & then Sticks Pass. Up on to Raise then south to White Side & onwards to Lower Man & the summit of Helvellyn. Then down Swirral Edge on to Catstye Cam & then down Glenridding Beck to the car. [with] Solo [weather] A very clear cold frosty day with blue skies all day long.

Wayne Baxter summited Hart Side on August 13th, 2021 [from/via/route] From the High Row near Dockray (there is space for about 8 cars) walked along the road to Crookwath> followed path up Brown Hill. Turn sharp right to Birkett Fell. Short walk up to Hart Side. Returned by same route [with] Sue, Steven and Bev [weather] Cloudy with some sharp showers

Andrew Johnson hiked Hart Side on January 22nd, 2020 [from/via/route] Dowthwaitehead [with] Ted [weather] Cleared to blue skies at some points, fog in the valleys

Craig Steeland scaled Hart Side on May 16th, 2019 [from/via/route] From car park near Dockray [with] With Sue [weather] Sunny, warm & dry

Nick Dobson walked up Hart Side on September 29th, 2018 [from/via/route] High Row, Dockray & over Great Dodd which we had previously completed with Clough Head on 19/03/2016 then Watson's Dodd & Stybarrow Dodd [with] Margaret, & Ralph [weather] overcast with occasional showers, but sunny spells as the afternoon came round. - getting close to competing the eastern fells

John Tippins climbed Hart Side on October 24th, 2018 [from/via/route] Started from car park near High Brow (near Dockray). Walk c239 from go4awalk.com [with] Solo [weather] Very windy with low cloud. Walking in cloud most of the day - poor visibility. By the end of the walk, when I was heading back to the start, the cloud had lifted - peaks were even visible , it was calm in the valleys & there were even patches of blue sky.

Mark Davidson walked up Hart Side on May 11th, 2017 [with] Alone [weather] Warm & sunny with not a cloud to be seen

Chris Sheard climbed Hart Side on May 2nd, 2014 [from/via/route] NE from S.D. [with] George [weather] Partly sunny - Lovely conclusion to a 5 peak circuit - must do again

Leon Harvey summited Hart Side on October 28th, 2016 [with] Solo

Paul Macey walked up Hart Side on August 21st, 2016 [from/via/route] Clough Head to Raise [with] Alone [weather] Cloudy some rain

Elaine Evans climbed Hart Side on June 23rd, 2016 [from/via/route] Parked at Legburthwaite & ascended to Sticks Pass, up to Watson's Dodd & Stybarrow Dodd, before crossing to Hart Side. Returned to Sticks Pass via Green Side & retraced steps back to Legburthwaite [with] Sue [weather] Beautiful, sunny day with a gentle breeze. - Fairly steep ascent & descent between Legburthwaite & Sticks Pass. A pleasant circular walk on a clear day - lovely views.

Dave Eyes bagged Hart Side on April 14th, 2016 [from/via/route] Walked in from Glenridding [with] Christine Eyes, John and Martine Power [weather] No Rain but low cloud & not many views. Some lying snow higher up

Jon Mapp conquered Hart Side on March 5th, 2016 [from/via/route] C239 [with] Suzzanné, Caroline and Robin [weather] Cold, Windy, Snow, Whiteout - At times on the walk we had total whiteout - scary - SatMap GPS got us round

Daniel Collins hiked Hart Side on May 30th, 2015 [from/via/route] Dockray

Christine Knowles summited Hart Side on February 20th, 2015 [from/via/route] From Glenridding via Glenridding Dodd & Sheffield Pike [with] Graham [weather] Cold, some snow/hail showers & could level going up & down.

Clive Ward climbed Hart Side on July 11th, 2014 [from/via/route] Car park west of Dockray. See Great Dodd for route [with] On my own [weather] Perfect

Chris Bramley walked up Hart Side on February 19th, 2012 [from/via/route] Great Dodd returning via Stybarrow [with] Jaqui, Blake and Janet

More Photographs & Pictures of views from, on or of Hart Side 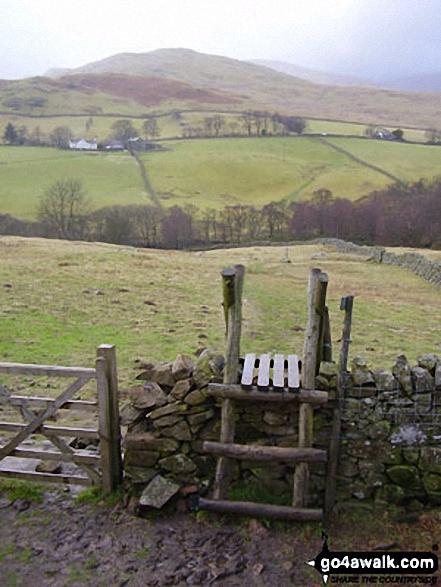 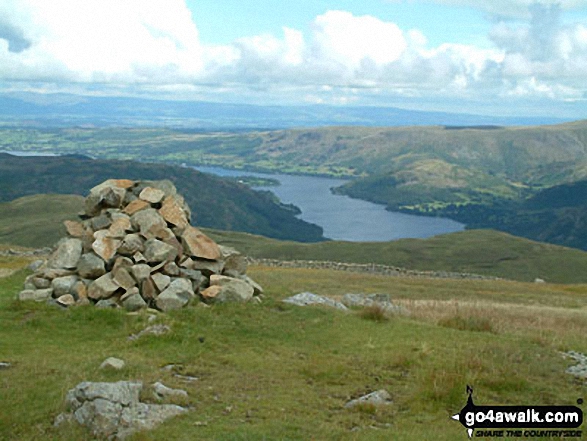 Ullswater from the cairn on Birkett Fell near Hart Side

Send us your photographs and pictures on, of, or from Hart Side

If you would like to add your walk photographs and pictures featuring views from, on or of Hart Side to this page, please send them as email attachments (configured for any computer) along with your name to: