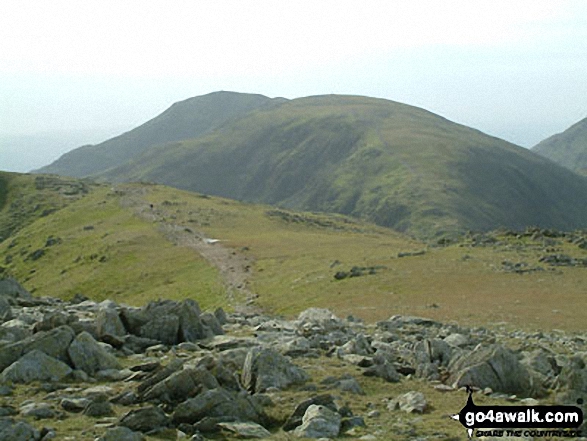 Wetherlam is on Ordnance Survey Maps:

Walk c303 Swirl How and Wetherlam from Little Langdale

A quieter alternative to the Coniston crowds. 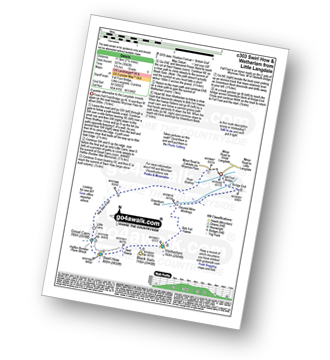 A quiet alternative to the usual honey pots 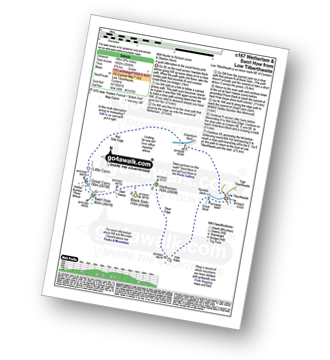 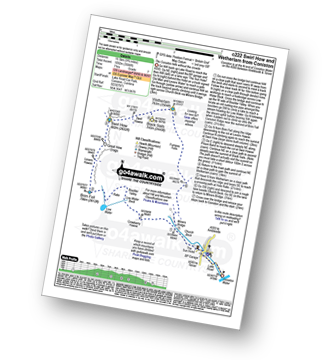 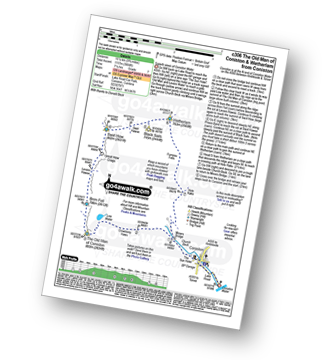 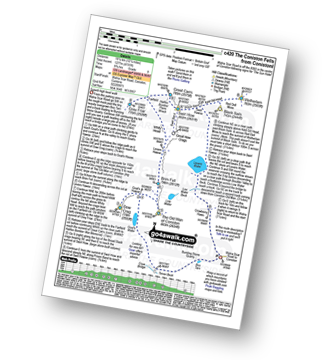 Richard Marchant hiked on August 9th, 1986 [from/via/route] We parked at Tilberthwaite ascended Wetherlam then Black Sail and on to Swirl How-Swirl Band-Brim Fell then on to The Old Man of Coniston. Once up the top I can remember us jogging down the main path straight in to Coniston then the long slog along the road back to the car at Tilberthwaite was a nightmare and seem to take ages [with] Nick Harker and Chris Aylen [weather] A fine dry day with no cool breeze and too much sunshine - I remember this being a long long walk on a very hot day and seem to take an eternity to complete and too much road walking at the end to get back to the car.

Elaine Evans summited on February 11th, 2019 [from/via/route] From car park at Low Tilberthwaite, via Tilberthwaite Gill and Dry Cove Bottom, then ascent via Wetherlam Edge, continued to Swirl How and Great Carrs before descending along West Side Edge and back to car park. [with] Sue and Christine [weather] Very good weather for walking, dry and clear, good visibility. - Oh dear! Scramble up Wetherlam Edge was a bit tricky, made more difficult due to snow underfoot and unclear route to top.......but we did it!

Caroline Winter bagged on April 11th, 2018 [from/via/route] Wrynose pass, Great Carrs, Grey Friar, Swirl How, Black sails, Wetherlam [with] Becky [weather] Cloud lifted and great views late morning/afternoon, breezy on ascent to Hell Gill Pike - Busy up here. Some off to Coniston from Swirl Hawse, we some how missed plane debris on Great Carrs! Lost time on descent of Prison Band and detour off path to Black Sails. Also, after rocky scramble decent.....ended up on the minor track to the mines, and boy was it steep and never ending. We were in dismay at another climb to get back over to Wet Side. Late for booked meal, but fantastic circuit

Nick Dobson walked up on May 28th, 2017 [from/via/route] the top of Wrynose Pass via Great Carrs & Swirl How [with] Margaret & Ralph [weather] Hot and sunny with some cloud hovering on the higher tops - excellent views all round now with the cloud now just hovering over the big ones. Great views of the 2 previous tops we had completed. Returned back to Swirl Hawse and turned right making way down to Greenburn beck then up to high end to rejoin the path down to the pass.

Darren Wilson hiked on September 30th, 2016 [from/via/route] From Coniston [with] with Mike & dan

Christine Flitcroft has conquered [from/via/route] Coniston [with] Sandra [weather] Clear, windy low cloud but not in it and cold

Charlie Housley scaled on May 21st, 2016 [from/via/route] Parked up at the Three Shire Stone for a circuit of Grey Friar, Great Carrs, Swirl How, Black Sails and Wetherlam. [with] Candy the dog. [weather] Atrocious; 50mph winds, low cloud and horizontal hale. Challenging.

Tracey Cowell hiked on September 18th, 2015 [from/via/route] The greenburn horseshoe [with] Sister [weather] Sunny and warm - The top part of wetherlam edge is very steep with some scrambling.. rocks wet and slippy when wet

Bay Wan summited on August 30th, 2015 [from/via/route] Start from Coniston on way round to Swirl How and the Old Man [with] Cocoa Dog [weather] Fine and mild

Leon Harvey scaled on August 16th, 2015 [from/via/route] Tilberthwaite [with] Solo [weather] No wind cool - A bit of a scramble, completed Black Sail, on the way down, confusing path

Kevin Parnham scaled on January 24th, 2015 [from/via/route] Swirl how and prison band [with] Jo [weather] Cold and very windy - Had this summit to ourselves

Craig Steeland scaled on July 15th, 2014 [from/via/route] From Coniston village via Swirl How [with] On my own [weather] Warm and sunny with low wind. Perfect!

Doug Martin walked up on June 4th, 2014 [from/via/route] Low Tilberthwaite - Greenburn Round [with] Fellwalkers [weather] After coffee rain all the way with low cloud - stopped near end of walk. - Paul forgot his waterproofs and suffered a bit with cold but somehow managed. These waterproof capes dont half come in handy if not quite the height of fashion.

Ann Davis conquered on August 22nd, 2013 [from/via/route] started from the old man and worked the round [with] many fellow walkers passing by [weather] sooo hot! - bless the `mature` man that had set his 3 week target of 100 wainwrights over 2000 wetherlam was his no 100...sorry I only had water not champagne! x

More Photographs & Pictures of views from, on or of Wetherlam 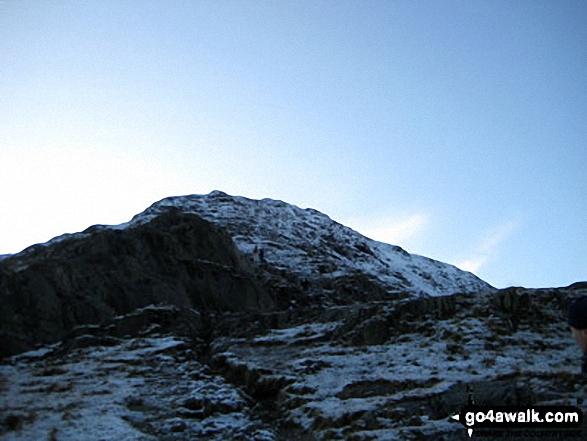 Approaching the summit of Wetherlam 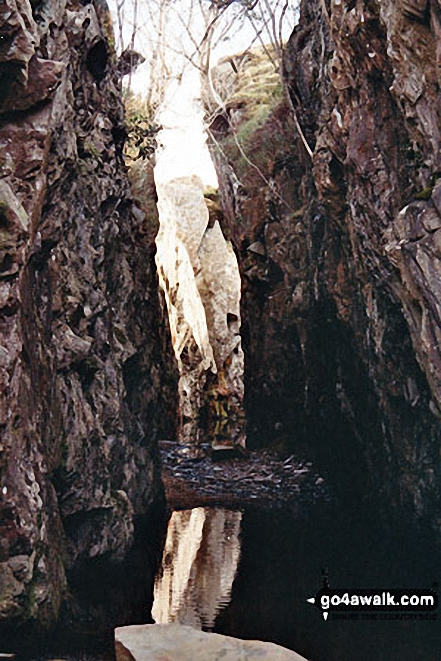 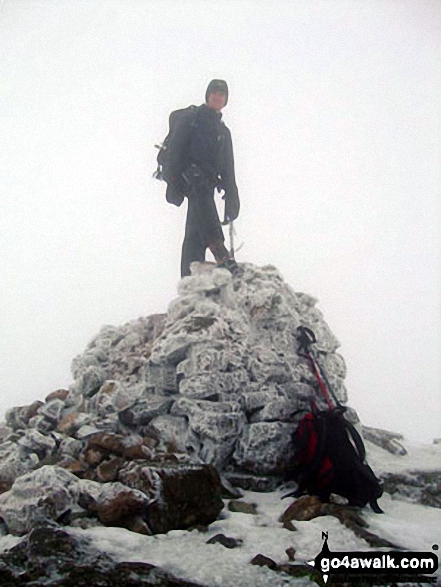 A the summit of a snowy Wetherlam 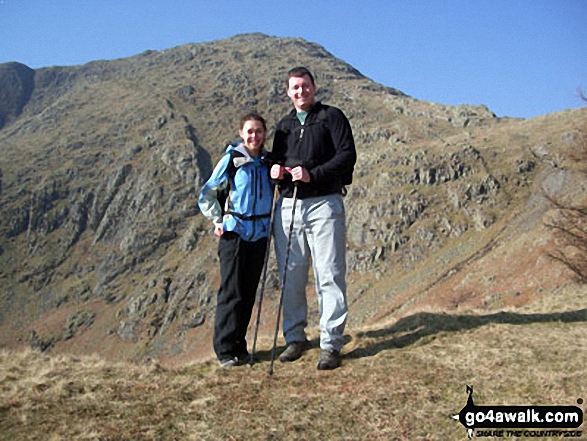 The next challenge awaits, Mel and Rick approaching Wetherlam 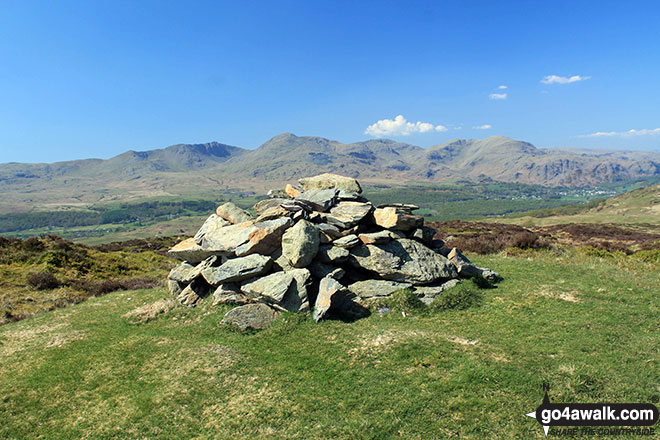 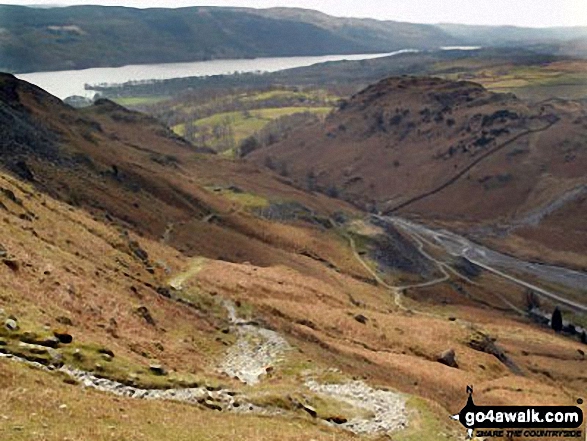 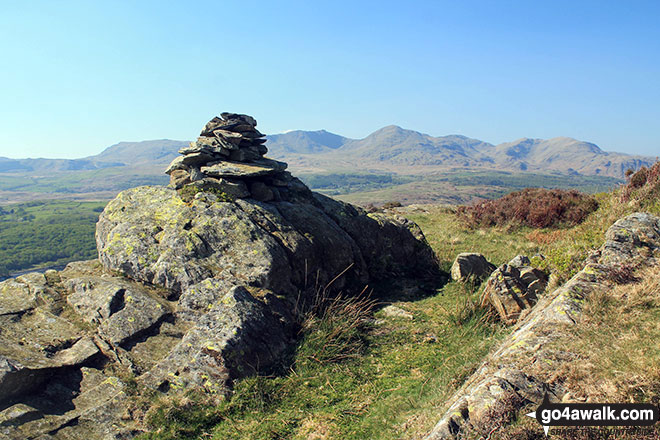 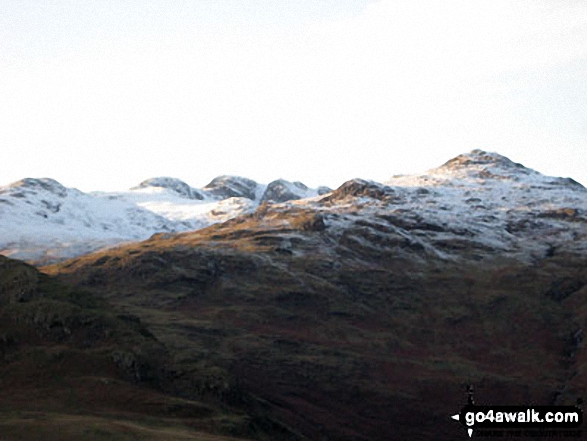 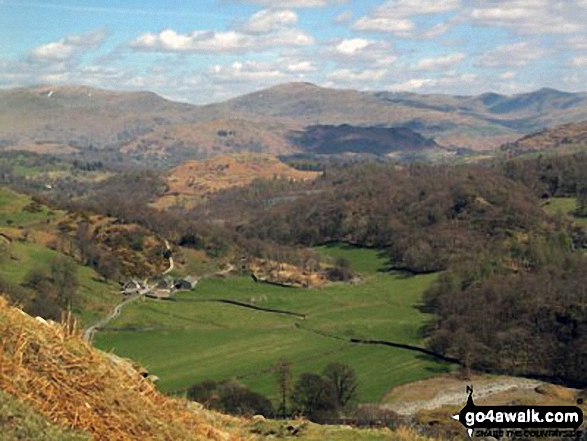 . . . see all 45 walk photographs & pictures of views from, on or of Wetherlam

Send us your photographs and pictures on, of, or from Wetherlam

If you would like to add your walk photographs and pictures featuring views from, on or of Wetherlam to this page, please send them as email attachments (configured for any computer) along with your name to: