Troutbeck Tongue is classified as: 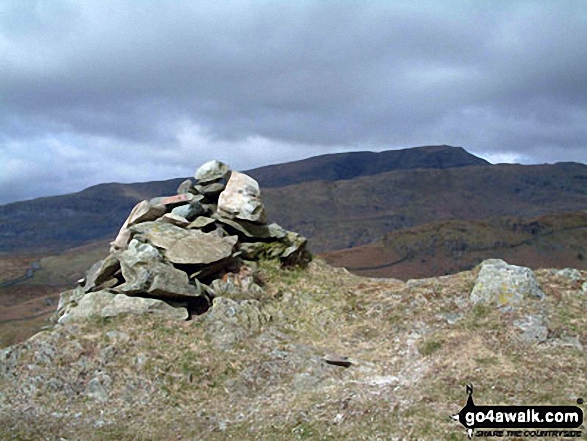 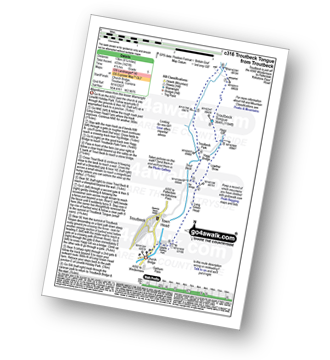 Phil Higgins bagged on August 19th, 2020 [from/via/route] Garburn, Yoke, Ill Bell and then return via Troutbeck Tongue [with] On my Bill [weather] Dry (but before the rain). - Running. 17:45km. 2:14:14 moving time. Missed out Sour Hows and Sallows, as had done these previously.

Chris Sheard walked up on September 29th, 2019 [from/via/route] Up from Troutbeck via the trailer park [with] George [weather] Quite cool start after rain then with light winds cleared for a glorious afternoon - Pleasant ascent and worth it for good views - long in & out

Nick Dobson climbed on August 30th, 2018 [from/via/route] The Mortal Man in Troutbeck [with] Margaret & Ralph [weather] Bright sunny day - We went up the south face and crossed the length of the top before returning along the foothills of Ill Bell & Yoke.

Elaine Evans hiked on December 17th, 2018 [from/via/route] From Town Head, along Ing Lane, over Ing Bridge, along Hagg Gill to far end, before ascending to the ridge of Troutbeck Tongue and the summit, then descended to rejoin the path and retrace our steps back to the car. [with] Sue [weather] Misty and overcast but mild. - Good if you want a relatively short walk. Poor visibility again.

Lucy Perchard conquered on September 6th, 2018 [from/via/route] From Troutbeck [with] Tony but walked part of the way with Mum, Dad and Maisie [weather] Started off quite threatening but cleared for some lovely sunshine for lunch on the peak - Lovely views down the volley to Windermere and up to Threshthwaite Mouth, part of the Kentmere horseshoe ridge and Wansfell

John Tippins hiked on April 15th, 2016 [from/via/route] Church Bridge, Troutbeck [with] Solo [weather] The day started sunny, but soon after starting the walk it got cloudy and rained for a short while and was quite windy on top. It brightened later and was quite warm by mid-afternoon.

Michael Lewis climbed on June 2nd, 2016 [from/via/route] from troutbeck up the valley and then climbed gradually up to the tongue to view Windemere [with] T, B & E and Marty [weather] beautiful sunny day - very warm

Colin Egan bagged on August 12th, 2016 [from/via/route] Came off Sour Howes and returned towards the valley floor along the Garburn Road track, then turned right and followed the Longmire Road track along the valley to Troutbeck Park and hence up the southern ridge to the top of the Tongue [with] My wife Faith [weather] Cloudy with some sunshine, pleasant weather. - Very attractive walk in along the valley. The climb up the Tongue was extremely steep and slippery due to recent heavy rain. We had to done waterproofs despite the sunshine because the bracken was very wet still. Distinctly unpleasant wearing wet weather gear in the sun!!!

Charlie Housley summited on May 7th, 2016 [from/via/route] From Sour Howes on what was pretty much a yomp back down to Longmire Road and then onwards to The Tongue. [with] Candy the dog. [weather] Glorious.

John Almond conquered on March 14th, 2016 [from/via/route] go4awalk c316 - Troutbeck Tongue from Troutbeck - From a lay-by on the A592 just north of Limefitt Holiday Park - went to Ing Bridge along track from Town Head [weather] Sunny

Jon Mapp climbed on September 6th, 2015 [from/via/route] c332 [with] Suzzanné [weather] Glorious day, clear skies, warm and sunny - most of the route is easy to follow.

Leon Harvey scaled on March 8th, 2015 [from/via/route] c332 (climbed from the North) [with] Solo [weather] Windy very wet ground making it slippery and boggy - No clear path from NY42781 07832 didn't see any cairns. From the sheepfold walked S to a ruined building then SSE until picked up the path which lead to The Tongue.

Marcus Bradshaw walked up on November 21st, 2014 [from/via/route] As part of Walk including Sour Hows, Sallows, Yoke, Ill Bell, Frosswick and Troutbeck Tongue (c332). We stayed at The Mortal man that night. [with] Marcus [weather] The weather was pretty good but the wind was gale force in the saddle between the bigger peaks. - Has a great experience at the base of the tongue.

Christine Knowles bagged on September 5th, 2014 [from/via/route] Troutbeck, via Sour Howes and Sallows [with] Graham [weather] Good - Good views all round either side

Bill Rowlands conquered on July 11th, 2012 [from/via/route] Troutbeck [with] Jake Rowlands [weather] Cloudy in the morning, brightening up in the afternoon but with patchy cloud.

Christine Shepherd scaled on March 27th, 2010 [from/via/route] Walked from Troutbeck [with] On my own [weather] Fine - This was a bonus fell on a day when I only expected to bag Sour Howes and Sallows.

Chris Bramley walked up on May 12th, 2012 [from/via/route] Troutbeck

More Photographs & Pictures of views from, on or of Troutbeck Tongue 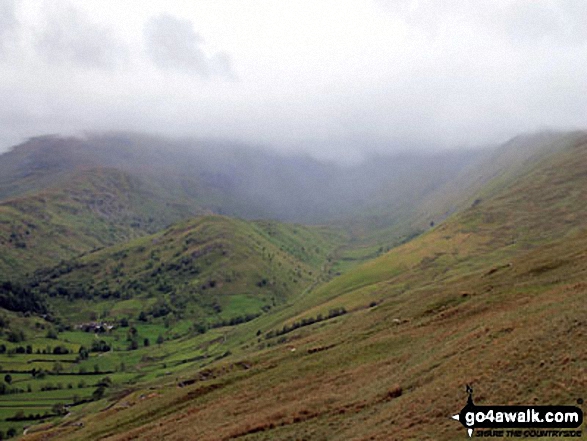 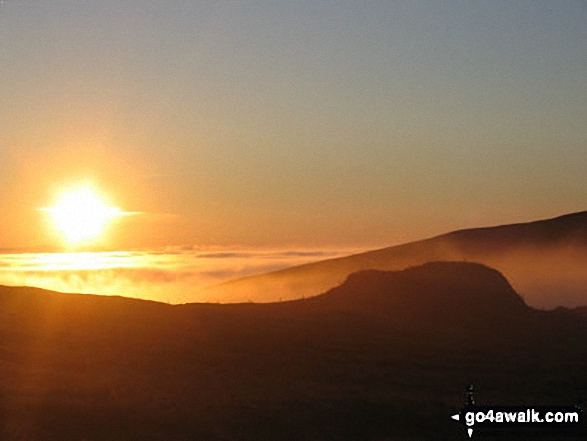 Troutbeck Tongue with Wansfell Pike (Baystones) beyond from Ill Bell 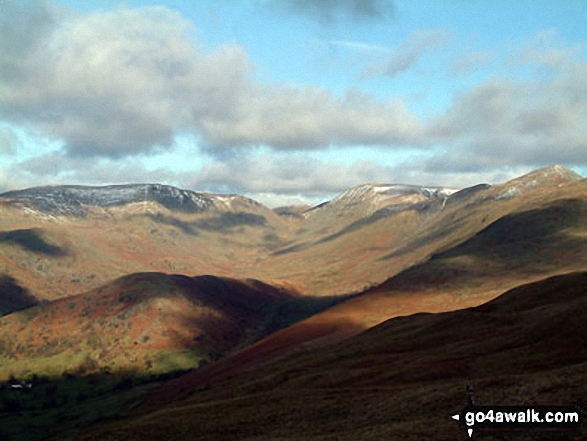 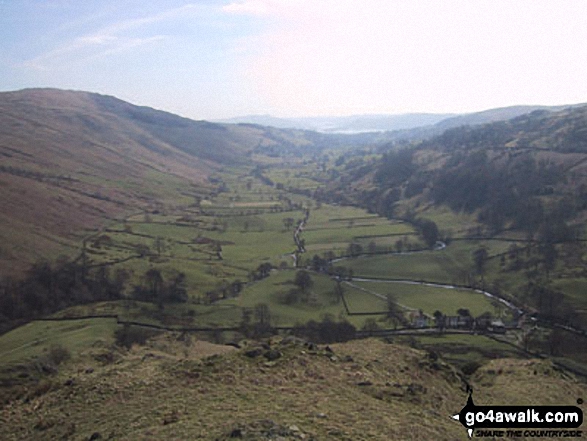 360 degree panorama taken from the top of Troutbeck Tongue 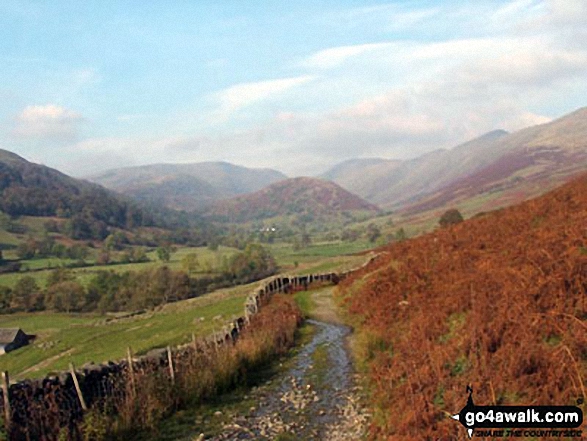 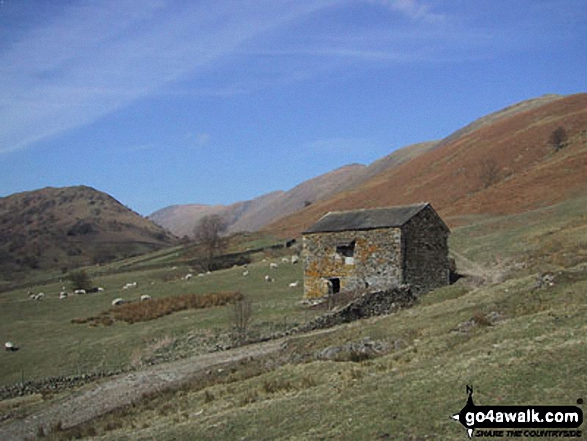 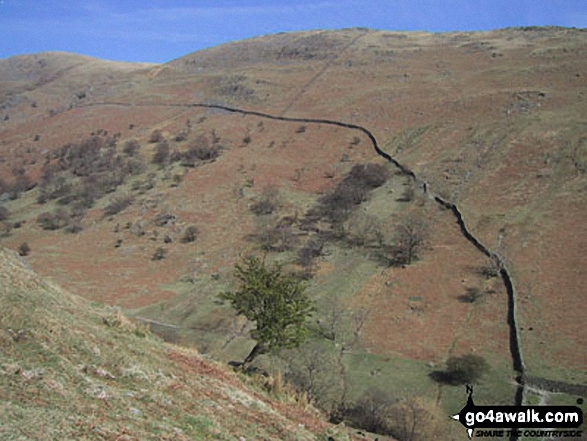 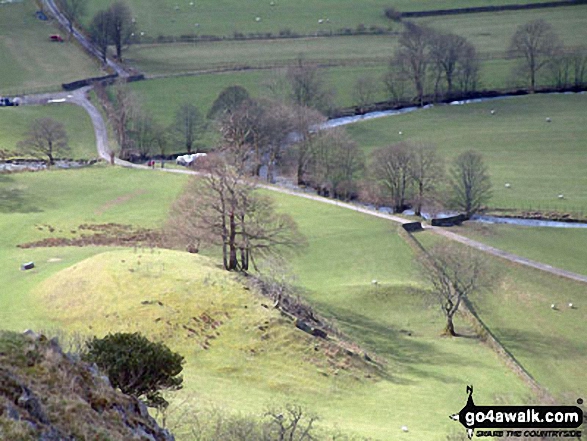 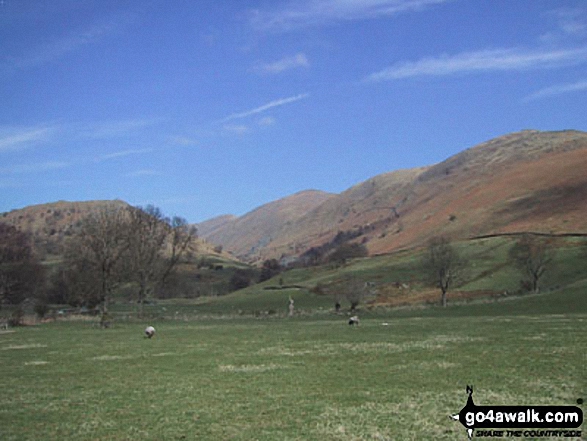 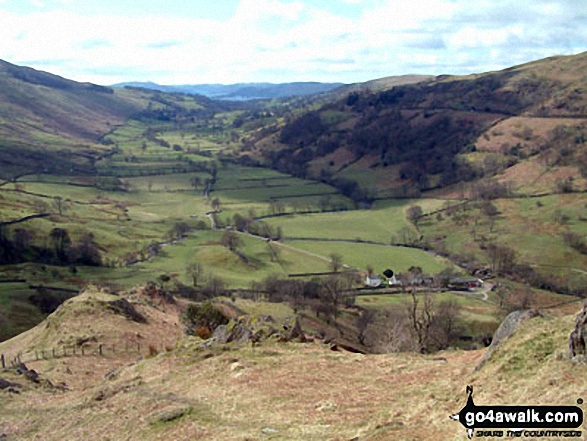 Looking South towards Troutbeck and Windermere from Troutbeck Tongue summit 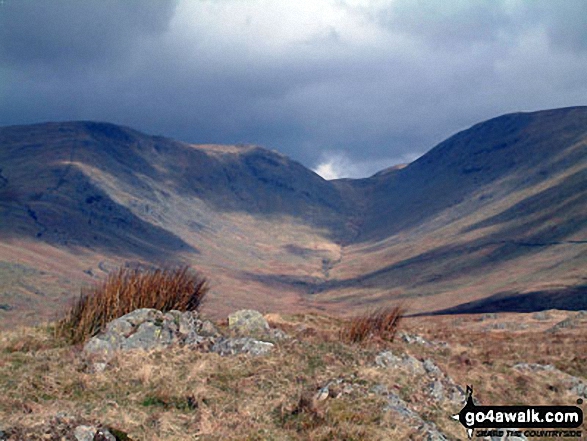 . . . see just 10 walk photographs & pictures of views from, on or of Troutbeck Tongue

Send us your photographs and pictures on, of, or from Troutbeck Tongue

If you would like to add your walk photographs and pictures featuring views from, on or of Troutbeck Tongue to this page, please send them as email attachments (configured for any computer) along with your name to: