Robinson is classified as: 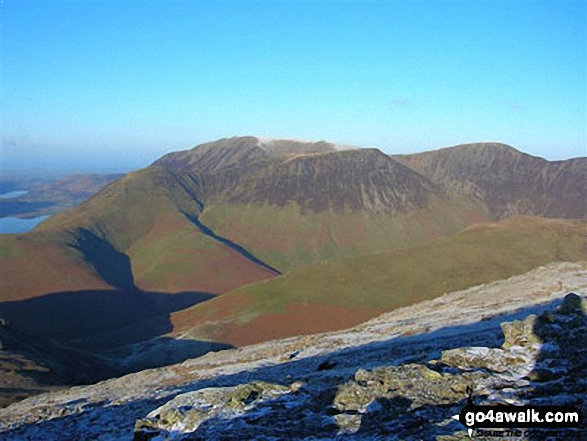 The view from the summit of Robinson

Robinson is on Ordnance Survey Maps: 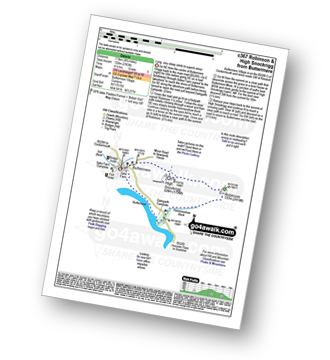 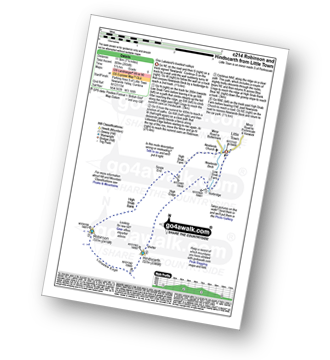 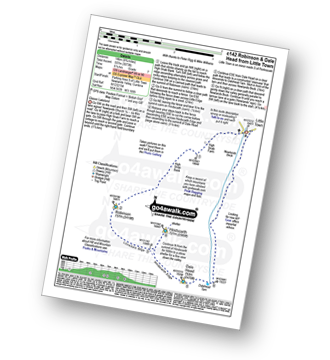 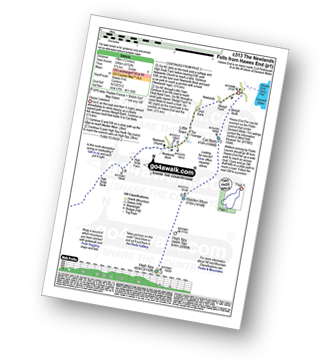 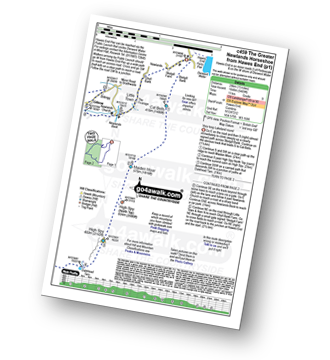 Dave Eyes climbed on September 28th, 2020 [from/via/route] Parked at Littletown. Ascended up to the path between Catbells and Maiden Moor and walked along to High Spy. Travelled on to Dale Head Tarn and up the side to Dale Head. Continued round to Hindscarth and then back to the ridge walk and on to Robinson. Returned to Littletown along the back of Robinson [with] Christine Eyes [weather] Cloudy with strong wind and some rain and very wet under foot. Limited views. - Limited views.

Kevin Foster hiked on March 16th, 2020 [from/via/route] Roadside parking west of Little Town. [with] Henry. [weather] Sunny with broken cloud. Cold northerly wind. - This fell is better tackled in ascent rather than descent due to a tricky scramble where High Snab Bank joins the mountain's northeast ridge. The summit has an interesting 'groove' between two rocky outcrops with a large pile of stones on the western outcrop. The views of the surrounding fells and lakes particularly southwards is impressive!

Christine Shepherd summited on May 1st, 2006 [from/via/route] Walked from Littletown using walk 214 [with] Melissa and Richard on their first visit to the Lakes! [weather] Bright but chilly on top. - Climbed again as part of the 10 in 10 challenge on 22.6.19.

Richard Marchant walked up on October 9th, 1988 [from/via/route] We parked at the NT car park at the base of Cat Bells. This walk was basically the Newlands Round although we didn't take in Hindscarth. We started with the ascent of Cat Bells and basically followed the ridge up to High Spy then dipped down before ascending Dale Head. With my Mum being a bit tired we missed Hindscarth out and carried on along the ridge to Robinson and then cut down in to the Newlands valley and worked out way back to the car. Another lovely memory for me. [with] Mum & Dad [weather] A fine day with no wind and wall to wall sunshine - Carried out the Newlands round horseshoe with my Mum and was taken during a weeks holiday in the Lakes with Mum and my Dad although I just went out walking up the mountains with my Mum as my Dad was not fit enough to join us. We stopped at a self catering cottage at Dockray. Probably the last holiday I had away from Dorset with my Mum and Dad,

Craig Steeland climbed on June 27th, 2019 [from/via/route] From top of Honnister PAss [with] With Sue [weather] Sunny, warm and dry

Stephen Rowley conquered during 2015 [from/via/route] Walkup from a Newland valley up to high Scawdel, dales head the Robbinson and down [with] Marc

Caroline Winter scaled on August 14th, 2018 [from/via/route] Buttermere, Robinson, Hindscarth, Dale Head, Honister Slate mine [with] Becky [weather] Fog, low cloud and poor visibility, rain on Hindscarth Edge - Difficulty navigating once on Buttermere moss. Too low, and no visibility of tops. Managed to get onto Robinson steep track with following a bearing. Nil views all day. Path down to slate mine much gentler than expected.

Lucy Perchard bagged on May 12th, 2018 [from/via/route] Done as part of a full Newlands Round [with] Tony [weather] Lovely - Had the peak to ourselves whilst the rest of the horseshoe had been quite busy

Robert Shaw scaled on May 11th, 2008 [from/via/route] Approached from the north east. [with] The usual crew [weather] Clear

Mark Davidson bagged on May 2nd, 2002 [with] Theresa [weather] Glorious sunshine - what a view!

Elaine Evans walked up on May 13th, 2016 [from/via/route] From old quarry near New Town, past High Snab, ascent via High Snab Bank and Blea Crags, descent to Moss Force and return to car via the road. [with] Sue and Christine [weather] Dry and sunny with a cool wind in some places. - Varied terrain - grassy slopes, paths, steps and some scrambling as we approached the summit. This was our second attempt, had to turn back the first time due to weather conditions but weather in our favour today.

Christine Knowles hiked on June 11th, 2014 [from/via/route] from Little Town, back via Hindscarth [with] Graham [weather] Cloudy - Went up very scary to us rock steps. Won't be going that way again!

Ann Davis scaled on July 1st, 2014 [from/via/route] from rosthwaite up the quarry path, dalehead then hindscarth the down Robsinson and back to catbells bus stop [with] noone [weather] very hot! - very polished scramble down Robinson

More Photographs & Pictures of views from, on or of Robinson 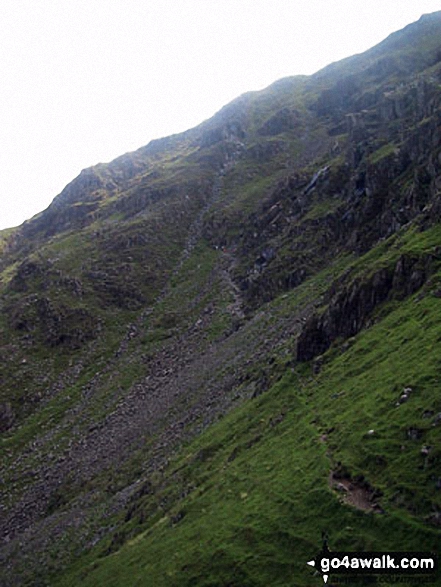 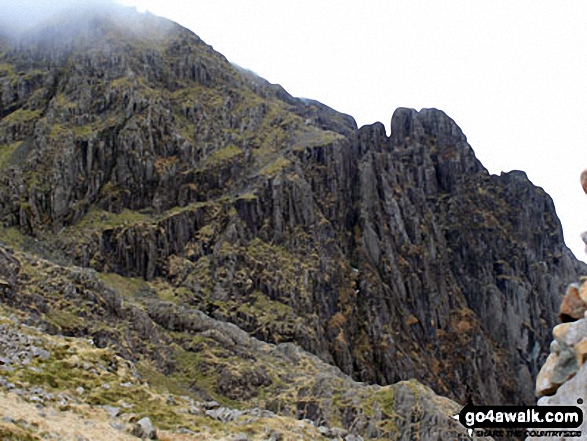 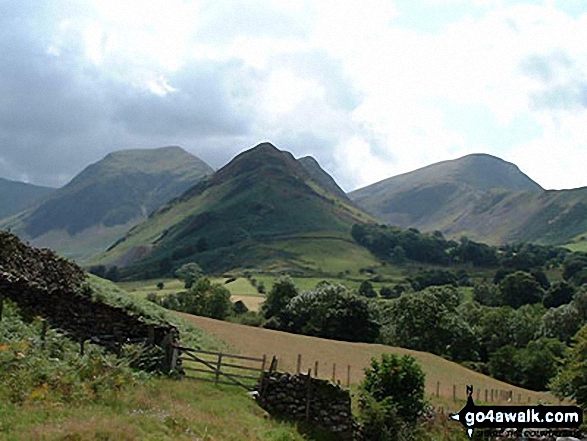 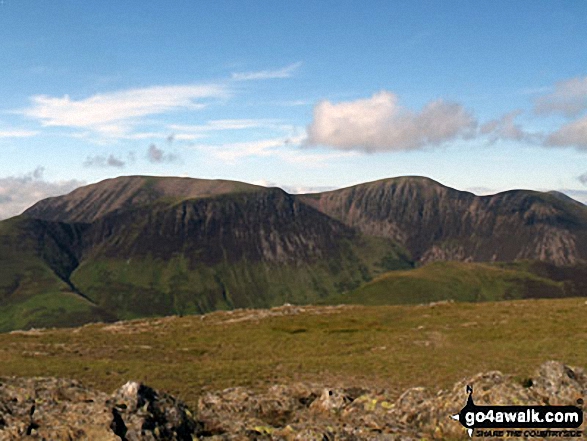 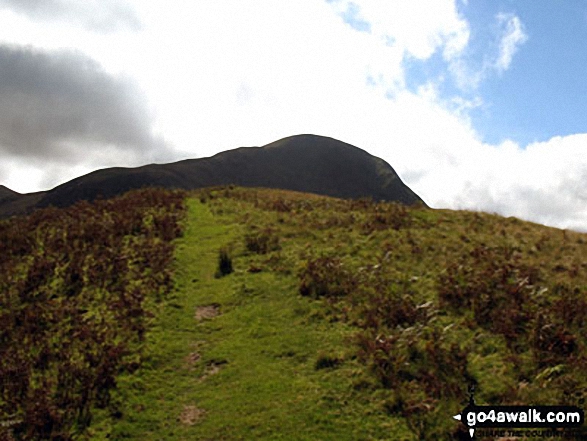 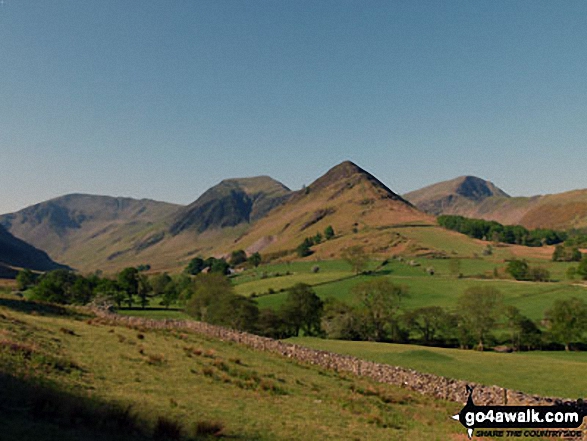 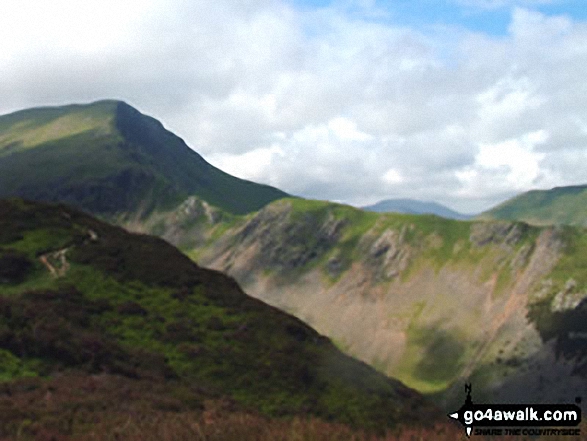 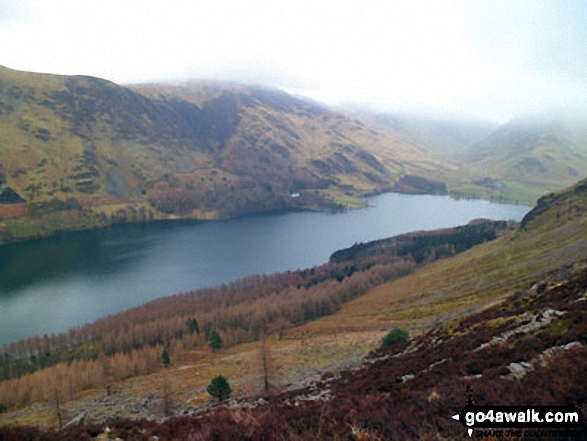 Robinson and Buttermere from Old Burtness below Red Pike (Buttermere) 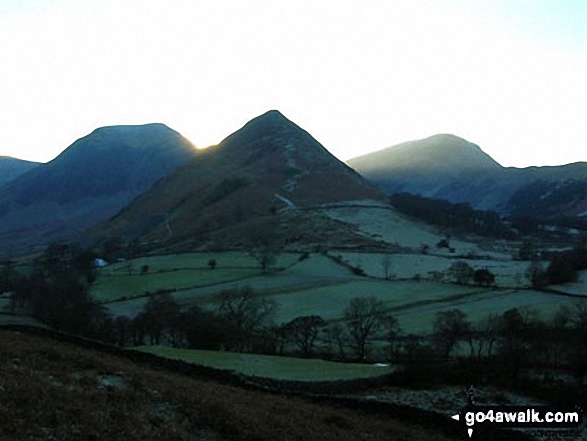 . . . see all 50 walk photographs & pictures of views from, on or of Robinson

Send us your photographs and pictures on, of, or from Robinson

If you would like to add your walk photographs and pictures featuring views from, on or of Robinson to this page, please send them as email attachments (configured for any computer) along with your name to: