Record Hartsop Above How as Bagged, Climbed & Conquered

Hartsop Above How is classified as: 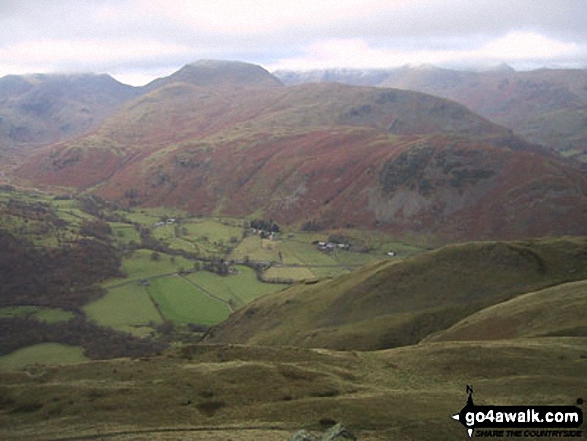 Hartsop Above How is on Ordnance Survey Maps:

Hartsop Above How is on Peak Bagging Map & Hill Tick List:

Walk c333 The Dovedale Round 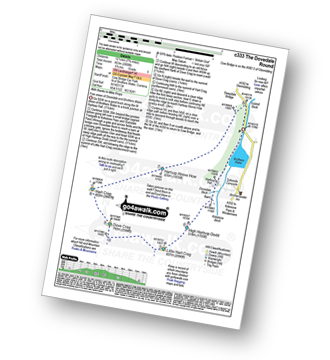 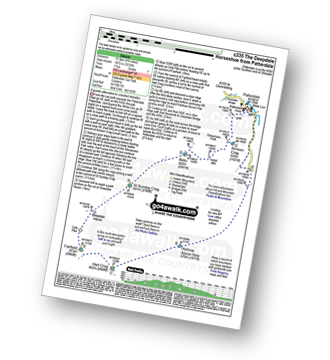 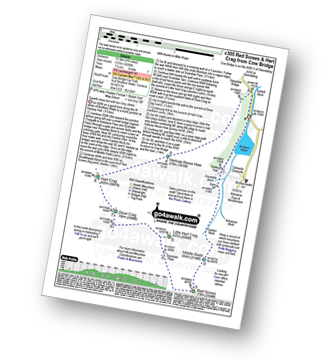 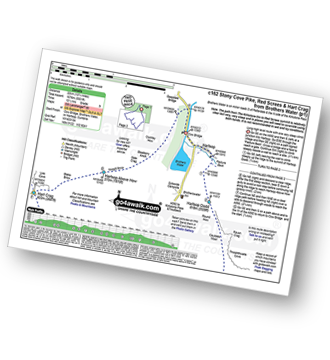 Fellow go4awalkers who have already walked, climbed, summited & bagged Hartsop Above How

Christine Shepherd walked up on March 1st, 2010 [from/via/route] Walked using walk c333 'The Dovedale Round' from Cow Bridge near Brother's Water. [with] On my own [weather] Winter sunshine with deep snow on the ground - The sun was starting to go down as I reached this summit but I had had a wonderful day on the quiet snowy fells. Climbed again, doing the same walk anti clockwise, on 10.07.2021

Claire Rigg bagged on September 30th, 2000 [with] Lesley & Lisa [weather] Overcast - Tricked my other half into this one

Andrew Johnson walked up on January 21st, 2020 [from/via/route] Patterdale [with] Ted [weather] Cleared to blue skies at some points, snow and ice on top - Tracked down Zena the lost husky and returned her to her owner.

Richard Marchant climbed on October 29th, 1993 [from/via/route] Patterdale-St Sunday Crag-Fairfield-Hart Crag-Hartsop above How and eventually back to Glenridding. [with] Alan Harker [weather] Damp low level clouddown to the 700m mark

Wayne Baxter bagged on April 7th, 2019 [from/via/route] Cow bridge car park, up steeply to Bleaberry Knott and onto Hartsop Above How and return same route [with] Sue [weather] Cloudy all day but dry - Could not find cairn

Chris Sheard bagged on September 21st, 2017 [from/via/route] Up from Cow Bridge Car park through very steep path in plantation to ridge. many false summits. Cloud lifted at top and sun came out. Down along ridge path to Deepdale Bridge where we had luch at the side of a raging stream - great [with] George [weather] Started in very heavy rain which reduced misty on top lifting to give light blustery showers with broken sun - Very steep up and nice circuit - as again i say i am glad we took own view on weather

Andy Jakob summited on June 17th, 2017 [with] AFWC Me and Colin and Connor [weather] Sunny

Victoria Bates scaled on May 8th, 2017 [from/via/route] Cow Bridge [with] Mark [weather] Sunny with a chill

Nick Dobson walked up on April 20th, 2017 [from/via/route] Brothers Water doing the Dovedale round but adding on Fairfield from Hart Crag [with] Margaret & Ralph [weather] Overcast cloudy with mist on the tops - Completed 6th peak of the day, but a long trudge back to the car.

Mark Davidson scaled on December 28th, 2003 [with] MK & DB [weather] Sunny in the valleys, snow on the tops

Elaine Evans walked up on August 26th, 2016 [from/via/route] From Bridge End to Hartsop above How. continued to Hart Crag, Fairfield and Dove Crag before descending to Dovedale Beck waterfalls and returning to the car via the path alongside Brother's Water. [with] Sue and Christine [weather] Dry and sunny but very windy. - Long day, this was just the beginning!

Mike Jackson bagged on May 7th, 2016 [from/via/route] Patterdale [with] Me.. [weather] Glorious

Dave Eyes walked up on June 14th, 2014 [from/via/route] Parked at Cow Bridge, walked round to foot of Middle Dod, Ascended up the ridge and on to Red Screes, round to little hart crag, and then along the tongue to High Hartsop dodd. Back along tongue and over Dove Crag then round to Hartsop above How [with] Chris

Marcus Bradshaw bagged on June 28th, 2014 [from/via/route] Brothers Water , Patterdale . Middle Dodd, red Scree , Little Hart Crag , High Hartsop Dodd [with] Marcus [weather] Mist in the morning turning to ma beautiful clear day. t-shirt weather. - This was our 50th summit. The view at the top as been so far my favorite. The perch gives an excellent seat where we had our breakfast admiring the view. Very emotional , Love you Mr B for making this day special x x x

Louis Smith summited during March, 2014 [with] bec [weather] mild but snow on the tops still

Ann Davis climbed on June 9th, 2013 [from/via/route] dovedale round starting with high hartsop dodd [with] andy [weather] hot and a bit windy higher up - saw a deer on hartsop

More Photographs & Pictures of views from, on or of Hartsop Above How 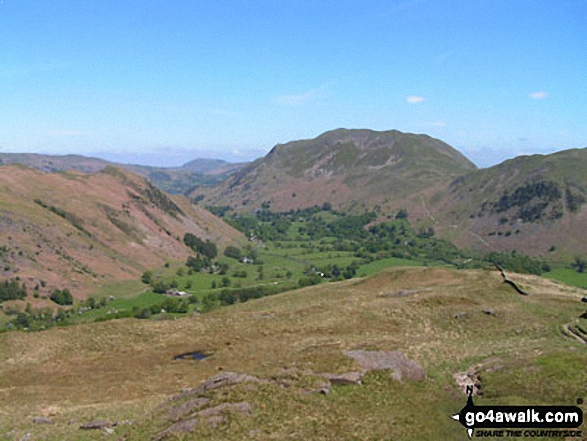 Hartsop above How, Hart Crag and Fairfield from Deepdale Hause 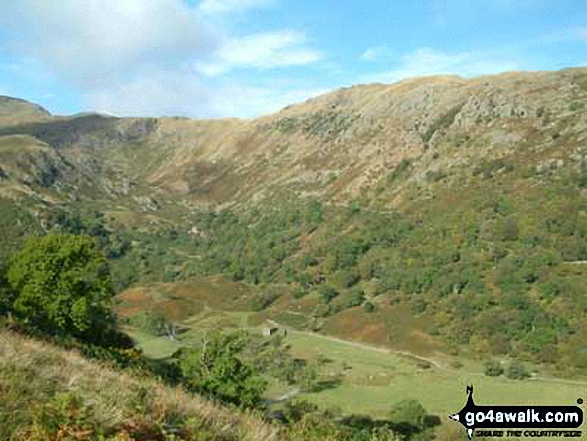 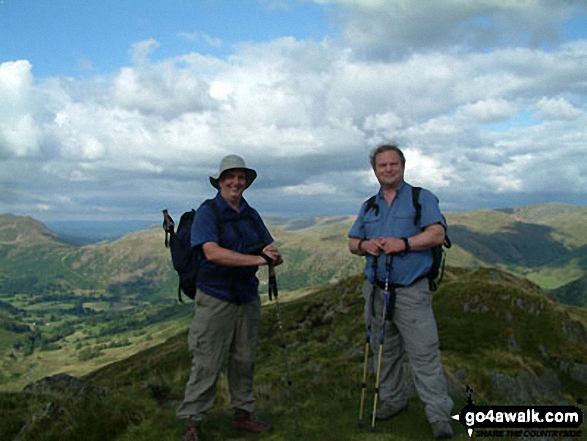 On Hartsop above How summit - my last Wainwright 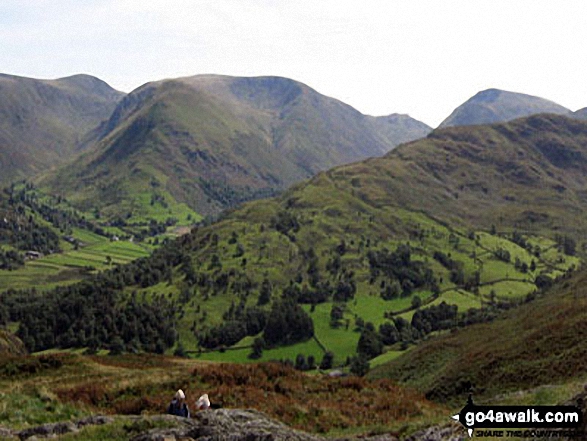 Send us your photographs and pictures on, of, or from Hartsop Above How

If you would like to add your walk photographs and pictures featuring views from, on or of Hartsop Above How to this page, please send them as email attachments (configured for any computer) along with your name to: