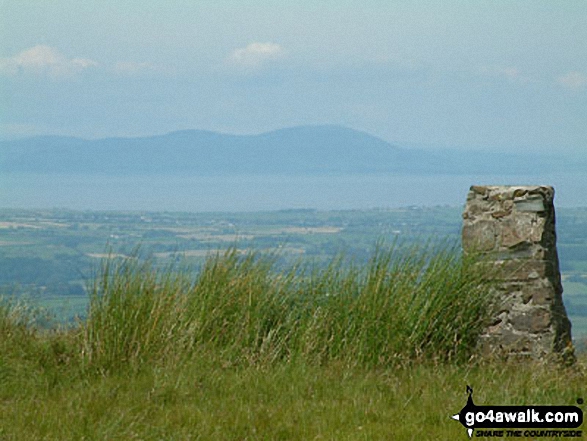 Fellbarrow is on Ordnance Survey Maps: 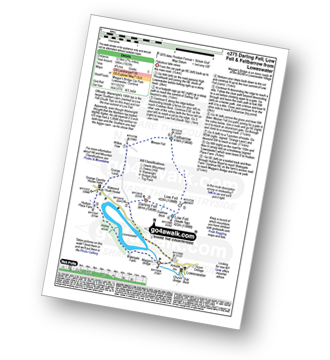 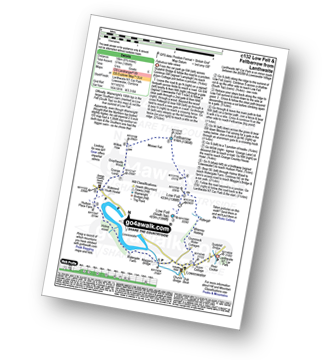 Jane Wilkinson has bagged [with] Gayle

Dave Eyes hiked on August 22nd, 2019 [from/via/route] Parked at Thackthwaite and walked in from there. [with] Christine Eyes [weather] Cloudy with a few spots of rain and a very strong wind - hardly any views. Our 10th Anniversary walk !

Chris Sheard summited on August 11th, 2020 [from/via/route] Up from Loweswater carpark [with] Jamie [weather] Quite warm start with light winds cleared for a glorious afternoon - Steep initial ascent and worth it for good views over Scotland and North Lakes - Much water needed

Chris Kent bagged on March 14th, 2019 [from/via/route] Parked at the roadside beside Loweswater Lake, walked up to Darling fell, a bit of a scramble, then along the ridge to Low Fell. The view of the valley was very nice as was the ridge opposite Loweswater. Then across the tops to Fellbarrow before descending down to the Youth Hostel and back along the road. [with] Gary (brother? [weather] Windy, showery and chilling

Nick Dobson hiked on April 10th, 2019 [from/via/route] Thackthwaite then via Hatteringill Head after taking a wrong path. descended to Smithy Fell where we had lunch, before continuing to Low Fell. [with] Margaret, & Ralph [weather] Brilliant blue skies and sun - excellent views ahead while walking the ridge

Richard Beardsley conquered on October 30th, 2018 [from/via/route] Walked route c275. Due to low cloud did not ascend Darling Fell. Bagged Low Fell first before moving on to Fellbarrow. [with] Gillian [weather] Sunny but cold day, low cloud at the start but cleared up by midday. - Parked car, (free), room for x6 cars. Commenced the walk at 1000hrs. Due to low cloud decided not to ascend Darling Fell. Rest of the route though was completed. Finished walk at 1415hrs. Thoroughly enjoyable.

John Bryers has scaled [from/via/route] 2 of 2 Wainwrights today after Buttermere Marathon yesterday (16 miles and 7 Wainwrights). Lovely walk around the drove road to the top with fantastic views of Crummock Water, Buttermere and Loweswater from the southern most top. [with] With Mya my faithful 11 year old Patterdale Terrier. [weather] Weather blustery with occasional showers. - Once bagged, headed home for a rest :-)

Anthony Thorpe walked up on August 20th, 2016 [weather] Sunny - with Ian and Sean

Craig Steeland bagged on October 18th, 2016 [from/via/route] Lorton [with] on my own [weather] cold, grey and occasional rain

Elaine Evans climbed on March 11th, 2016 [from/via/route] From layby near Kirkstile Inn, to Thackthwaite and on to Fellbarrow, then Low Fell before descsening to wood and took path leading to the road and back to car. [with] Sue [weather] Fine, dry and cloudy. - First new walk this year.

Charlie Housley scaled on June 11th, 2014 [from/via/route] Parked up at Waterend near the phone box and took the route over Mosser Fell. [with] Solo. [weather] Glorious.

Christine Shepherd scaled on June 1st, 2010 [from/via/route] Used Walk c275 from Loweswater [with] On my own [weather] Evening sunshine - As I got to the summit I was a bit concerned to see a large bull guarding the Trig point. I didn't get too close!

More Photographs & Pictures of views from, on or of Fellbarrow 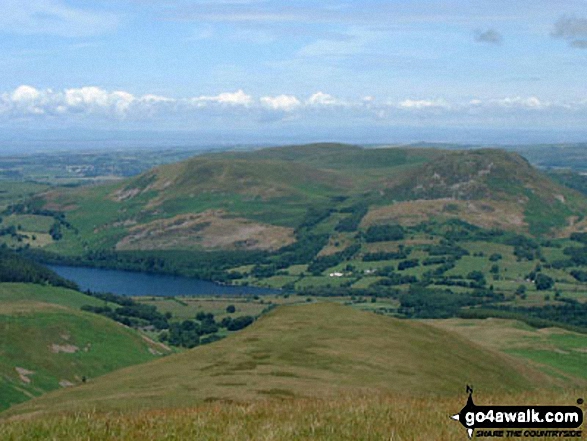 Loweswater with Fellbarrow and Low Fell from Hen Comb 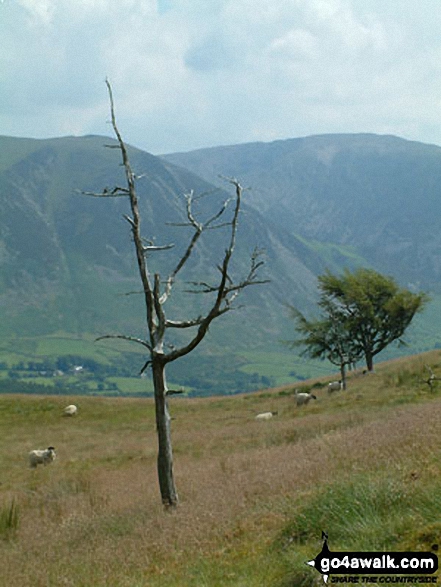 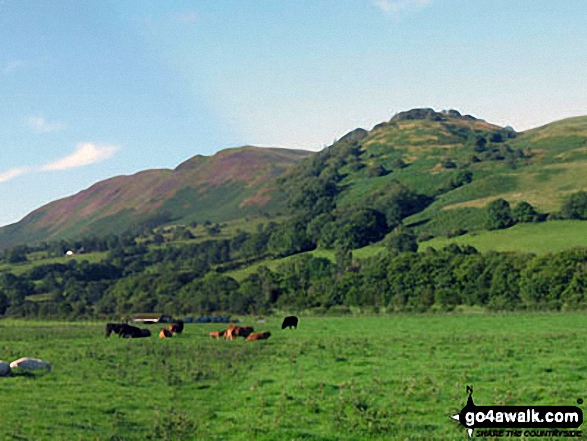 Fellbarrow and Low Fell (right) across the Vale of Lorton 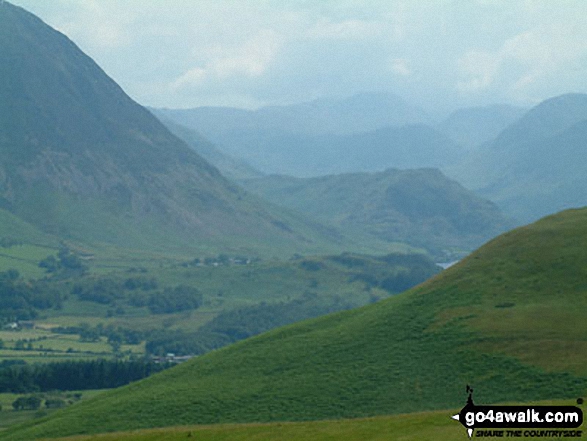 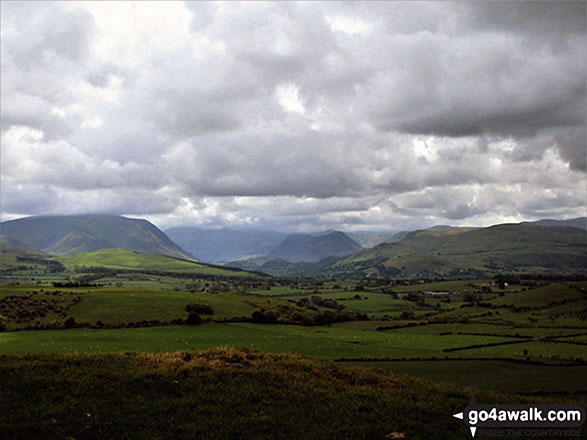 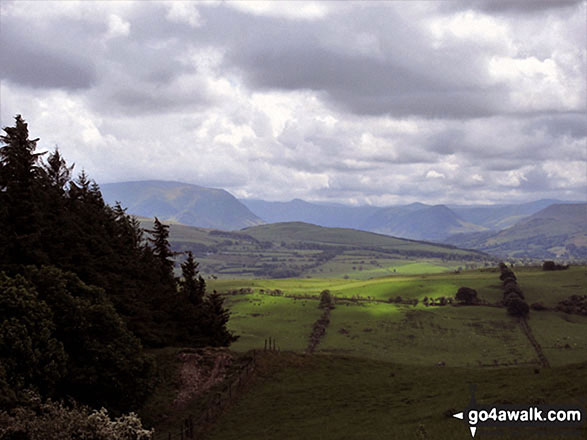 The view is across the Vale of Lorton towards Whiteside (left), High Stile and Red Pike (Buttermere), Mellbreck (centre) and Fellbarrow and Low Fell (right)

Send us your photographs and pictures on, of, or from Fellbarrow

If you would like to add your walk photographs and pictures featuring views from, on or of Fellbarrow to this page, please send them as email attachments (configured for any computer) along with your name to: