Simon Fell is classified as: 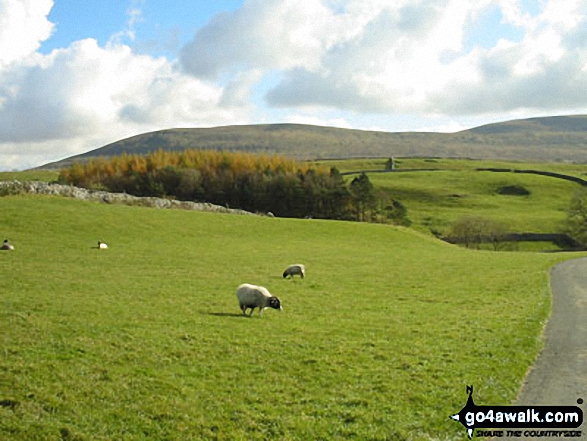 Fine views of Whernside and the magnificent Ribblehead viaduct 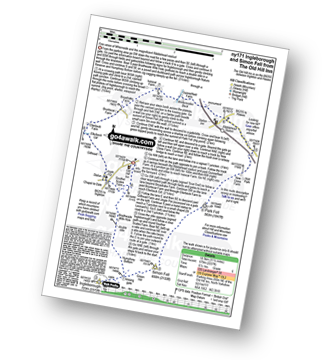 Kevin Foster bagged on August 22nd, 2017 [from/via/route] Ingleborough [with] Peter and Henry [weather] Must clearing summit by midday - Although Simon Fell was to be my final 'Nuttall' in the Southern Dales section of The Yorkshire Dales and a cause for celebration, after the wonders of it's big brother Ingleborough it was something of a disappointment. The barbed wire and wall traversing the summit didn't allow further exploration South so it was another out and back to another slightly rounded top with a tiny insignificant cairn. The one redeeming feature was the excellent view back to the impressive bulk of Ingleborough towards the West.

Caroline Winter conquered on August 11th, 2015 [from/via/route] Chapel le Dale, ingleborough, Simon Fell, Chapel le Dale [with] Solo [weather] Cloudy with sunny spells - Squelchy along Green hill to Fell peak. Paced broken stick marker to wall - 175 m. Yep, that must be it! Would have liked to return via Ribblehead rather than back track, but news of friend in hospital so prompt return calls. Enjoyable last day in Yorkshire

Chris Lund bagged on September 9th, 2013 [from/via/route] From Horton, onto national Park just North of Selside, From Colt Park, over Park Fell, Simon Fell and onto Ingleborough, came down East side of Ingleborough and back to Horton [with] Mark - Weather was so changeable, started dry, bright and a little fresh, low cloud evident all day on tops, when we got to summit of Ingleborough we had maybe 5 minutes before cloud closed in then we had rain, winds, hail and a little thunder before the sun came out again when we got to Nick Pot

Christine Shepherd summited on July 15th, 2013 [from/via/route] Walked from The Old Hill Inn using walk ny171 [with] On my own [weather] A gloriously sunny day in most places but not on these fells! Walked in mist and cloud all day. Quite mild though.

More Photographs & Pictures of views from, on or of Simon Fell 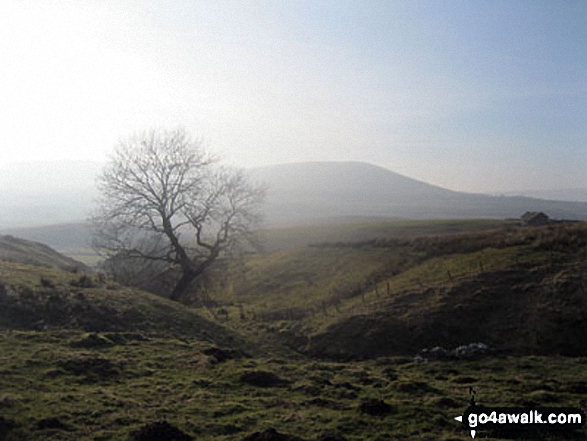 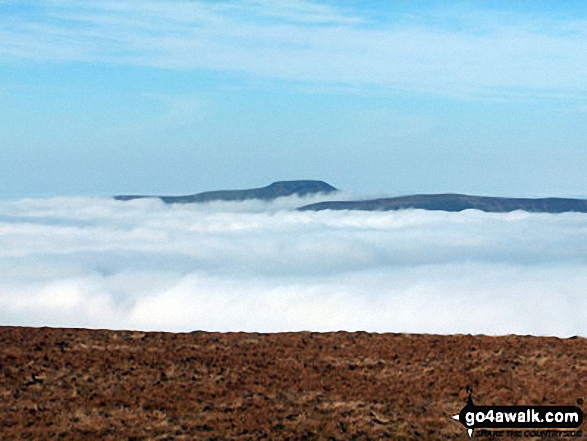 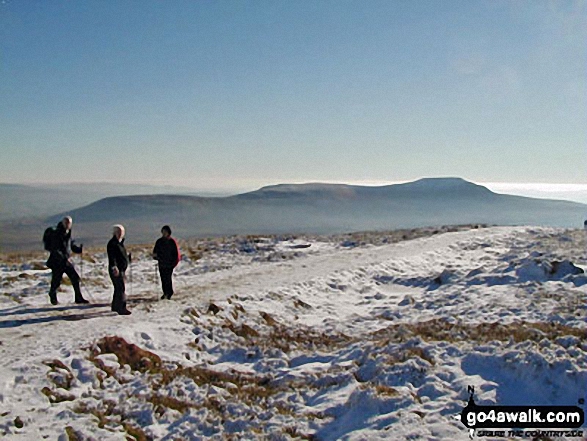 Park Fell (left), Simon Fell and Ingleborough (right) from the summit of Whernside while doing the Yorkshire Three Peaks Challenge Walk in the snow

Send us your photographs and pictures on, of, or from Simon Fell

If you would like to add your walk photographs and pictures featuring views from, on or of Simon Fell to this page, please send them as email attachments (configured for any computer) along with your name to: