Scar Crags is classified as: 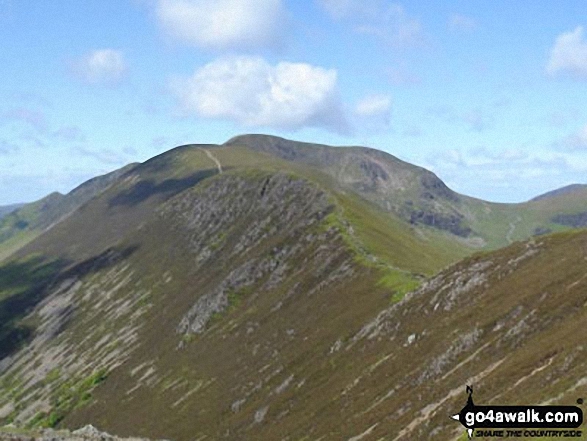 You can find Scar Crags & all the walks that climb it on these unique free-to-access Interactive Walk Planning Maps: (click/TAP to select) 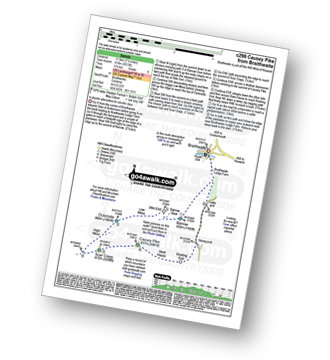 Chris Sheard hiked on May 18th, 2022 [from/via/route] Along from Causey pike along ridge [with] George [weather] Pleasant at ground level, no rain brightened later later with sunshine as we completed the round - Made this ascent as part of a nice circular coming down the other side of a horse shoe

Richard Beardsley scaled on July 14th, 2021 [from/via/route] Dropped off & started route at 0800 hrs from Braithwaite. Route C299. (Barrow, Stile end, Outerside, Sail. Scar Crags & Causey Pike). [with] Myself. [weather] Warm & sunny day. A short spell of low cloud around Sail. - A shorter Coledale Round starting at Braithwaite. An accurate route description which was followed. The only deviation was to include Sail on the easy to follow zig - zag path from the col between Sail & Scar Crags. The steep descent from Causey Pike was interesting so easy does it is the best way. Time took 5 & 1/2 hrs.

Kevin Foster conquered on March 4th, 2020 [from/via/route] Sail. [with] Henry. [weather] Cloudy with light snow showers. - As the ridge from Crag Hill continues along the tops become progressively lower making the descents & re-ascents lesser & lesser. Rather a muddy black top this one with a little cairn. Not a place to linger even in the cold spring sunshine.

John Tippins bagged on March 31st, 2016 [from/via/route] Braithwaite [with] Kevin O'Hare [weather] Beautiful day - calm, sunny (most of the time), warm (when the sun was out), fantastic visibility. - Took it slowly because of a sprained ankle. Limped for the second half of the walk, especially the downhill bit.

Jon Mapp scaled on June 20th, 2015 [from/via/route] c408 [with] Suzzanné, Caroline and Robin [weather] Weather had been misty & rainy earlier but started to clear coming down the ridge - The ridge walk is great, but a couple of slippy rocks coming from Sail

David Noble climbed on April 5th, 2015 [from/via/route] Braithwaite [with] Jack [weather] Sunny - Past Ninthace & said hello but didn't know it was him

Elaine Evans hiked on June 13th, 2014 [from/via/route] From Braithwaite road, through valley, onto Scar Crags, then on to Causey Pike back by Rowling End & return to car. [with] Sue [weather] Warm & humid - Midges!

Dave Eyes conquered on August 7th, 2014 [from/via/route] From Braithwaite, up Barrow, on to Outersides, up to the saddle & up the Sail zig zags, then up to Eel Crag, then round to Wandope. Returning via Eel Crag & Sail - then up to Scar Crags , along the ridge to Causey pike & then down & round to Braithwaite [with] Christine Eyes [weather] perfect

Darren Mortimer walked up on February 2nd, 2013 [from/via/route] Braithwaite [with] Dermot Palmer [weather] Sunny with a little wind but very cold on the tops

Charlie Housley hiked on July 5th, 2012 [from/via/route] As part of an extended Coledale Round which included Grisedale Pike, Hopegill Head, Whitesdie, Wandope, Whiteless Pike, Eel Crag (Crag Hill), Sail & Grasmoor. [with] Solo. [weather] A proper mixture today. Started out with the sun glaringly hot & no cloud, then later, lots of dark clouds & the threat of thunder & lightning. One thing that was constant was the humidity; which was a cracking 90% apparently.

More Photographs & Pictures of views from, on or of Scar Crags 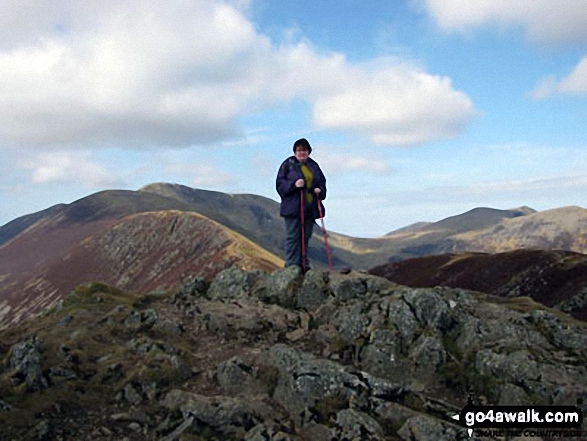 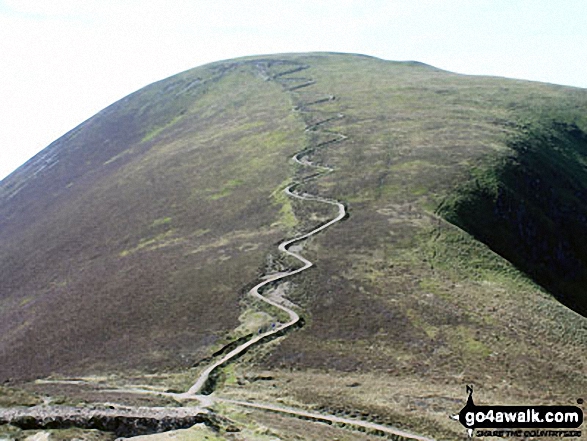 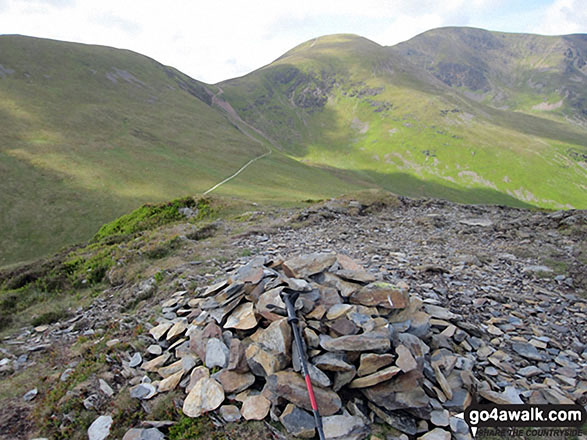 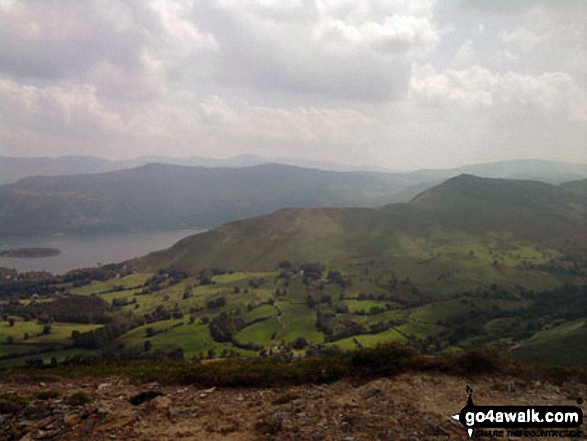 Send us your photographs and pictures on, of, or from Scar Crags

If you would like to add your walk photographs and pictures featuring views from, on or of Scar Crags to this page, please send them as email attachments (configured for any computer) along with your name to: