Sallows is classified as: 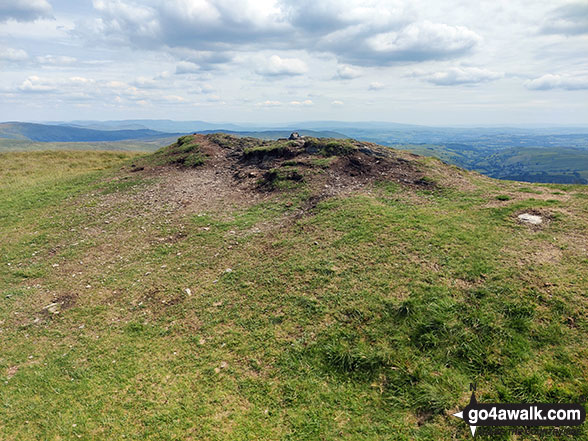 You can find Sallows & all the walks that climb it on these unique free-to-access Interactive Walk Planning Maps: (click/TAP to select)

See Sallows and the surrounding tops on our downloadable PDF Peak Bagging Maps: 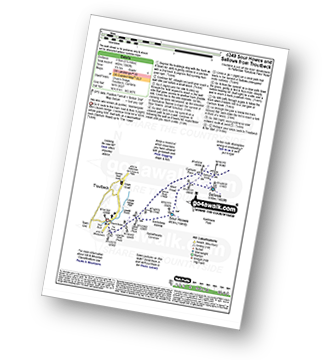 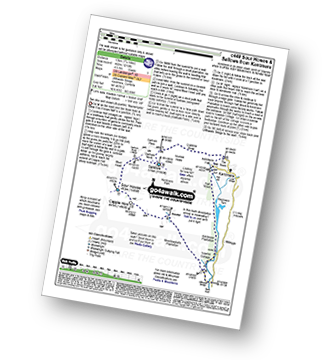 Clare Tait climbed Sallows on August 6th, 2022 [from/via/route] Parked at the end of Dubbs Lane & followed easy track to the hillside. [with] Charlie [weather] Calm, mild & mostly sunny. Perfect walking weather. - Our no 81 Wainwright. Completed with Sour Howes. Very pleasantly surprised by such a lovely walk on springy grass. Great if you want a couple of crag free Wainwrights.

Christine Shepherd bagged Sallows on March 27th, 2010 [from/via/route] Walked from Troutbeck using walk c349 [with] On my own [weather] Grey but dry - Bagged this while my cousin was running the Coniston 14. Added Troutbeck tongue to this walk unexpectedly as I met someone else who wanted to bag the latter too. Bagged again with the mountain bagging group on 12.1.20. Glorious light over the fells. Climbed again solo on 27.04.2022

Richard Marchant scaled Sallows on February 15th, 2022 [from/via/route] Parked at Troutbeck Bridge then followed Ing Lane up to Troutbeck Tongue, back tracked down to cross Hagg Gill over a footbridge at the bottom of The Tongue & followed the track east of Hagg Gill to Limefitt House then took the Garburn Road (Track) up to Garburn Nook & up on to Sallows. From here I just ridged along Moor Head to Sour Howes then descended back Southwest to join Garburn Road again & back down to the car. [with] On my own [weather] Dull grey windy day

Geoff Hand walked up Sallows on November 10th, 2021 [from/via/route] c332 The Hagg Gill round from Troutbeck [with] Alone with Tess [weather] Warm & Dry - Set out from Church Bridge. Sallows is the second Wainwright on the walk.

David Battersby bagged Sallows on May 4th, 2019 [from/via/route] Parked in the lay by on the way into Troutbeck [with] Just me and the kids. [weather] Dry & sunny, with a cold wind on the summit.

Elaine Evans scaled Sallows on July 26th, 2018 [from/via/route] From Church Bridge, Troutbeck [with] Sue [weather] Beautiful - fine & sunny with a warm breeze. - Just far enough for us on such a hot day!

Colin Millar summited Sallows on August 4th, 2017 [from/via/route] YHA Windermere Yoke Circuit [with] On my own (as usual) [weather] Grey & cold for August - a few sunny spells (very few) - View of Windermere was very grey - all day - even when I had some sun on me

John Tippins hiked Sallows on April 15th, 2016 [from/via/route] Church Bridge, Troutbeck [with] Solo [weather] The day started sunny, but soon after starting the walk it got cloudy & rained for a short while & was quite windy on top. It brightened later & was quite warm by mid-afternoon.

Emily Sharratt conquered Sallows on October 8th, 2016 [from/via/route] From Kentmere via the Garburn Pass [with] James [weather] Watched the sunrise

Dave Gay walked up Sallows on August 31st, 2009 [from/via/route] Parked by Kentmere Church. Up via Garburn Pass. Down past the Grouse Butts shown on OS 1:25000 maps to join Ings - Kentmere Bridleway. - First Solo walk for a long time ........Bliss no continuous chat

Dave Torrance hiked Sallows on October 17th, 2015 [from/via/route] On from Sour Howes [weather] Sunny spells & nice views - Easy walk from Sour Howes peak to here & then a quick northerly descent to join the Garburn Pass before walking back down to Troutbeck.

Marcus Bradshaw hiked Sallows on November 21st, 2014 [from/via/route] As part of Walk including Sour Hows, Sallows, Yoke, Ill Bell, Frosswick & Troutbeck Tongue (c332). We stayed at The Mortal man that night. [weather] The weather was pretty good but the wind was gale force in the saddle between the bigger peaks. - Rubbish summit

Simon Neilson-Clark bagged Sallows on May 30th, 2014 [from/via/route] Kentmere [with] Mrs H [weather] Sunny - Small unremarkable hill at the end of the circuit

Bill Rowlands hiked Sallows on September 17th, 2012 [from/via/route] Via Sour Howes then down the Garburn Pass road back to Church Bridge, Townend. [with] Jake - the chocolate Labrador [weather] Cloudy, very windy on top, heavy showers on the way down.

Ian Park conquered Sallows on July 1st, 2012 [from/via/route] From Troutbeck via Sour Howes. [with] Mrs Carole Park [weather] Started off fine but soon turned to drizzle, not high up the list of favourites so far. - Not a walk for wet weather & make sure your boots are well proofed.

More Photographs & Pictures of views from, on or of Sallows

The view from the summit of Sallows 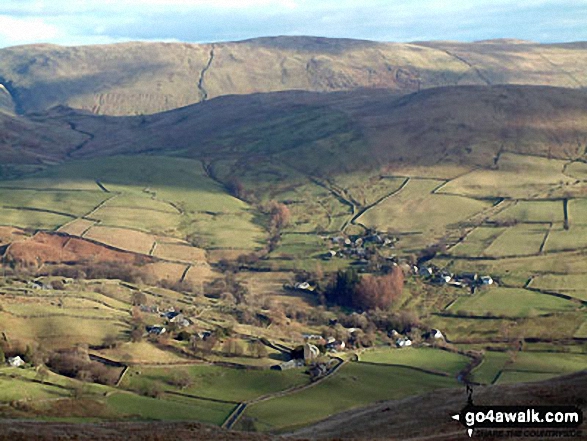 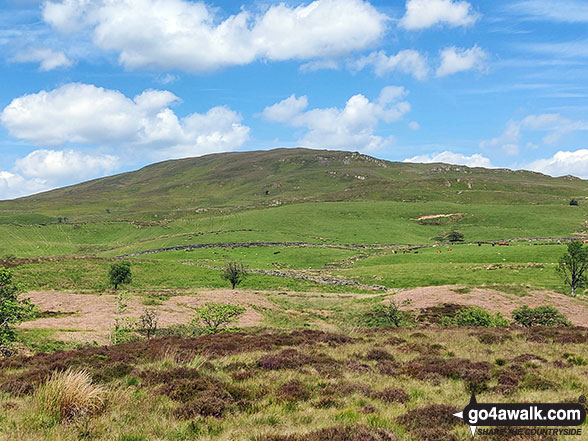 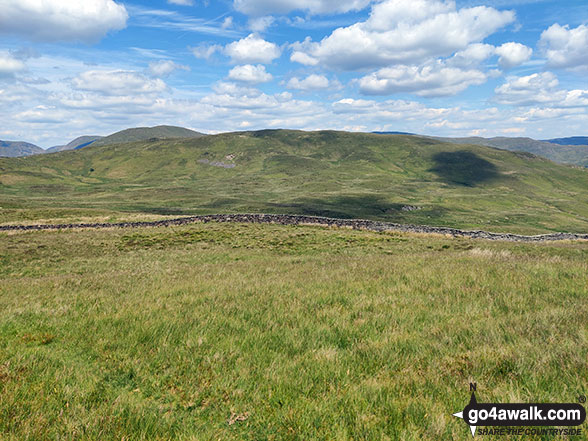 Sallows from the summit of Capple Howe 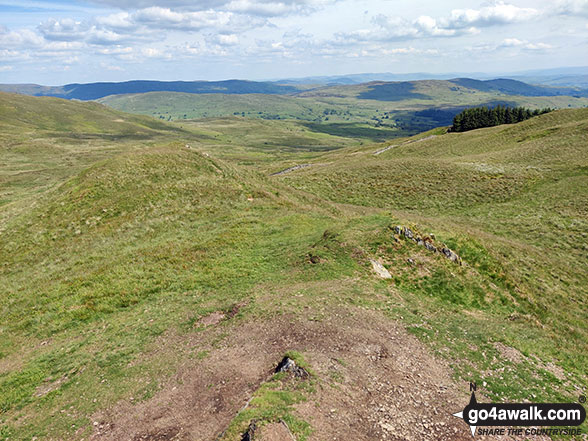 Kentmere from the summit of Sallows 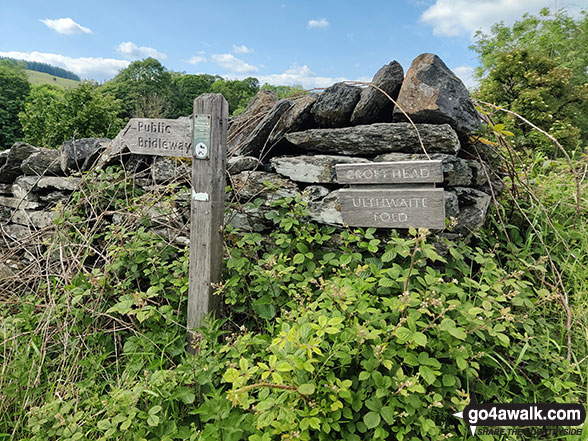 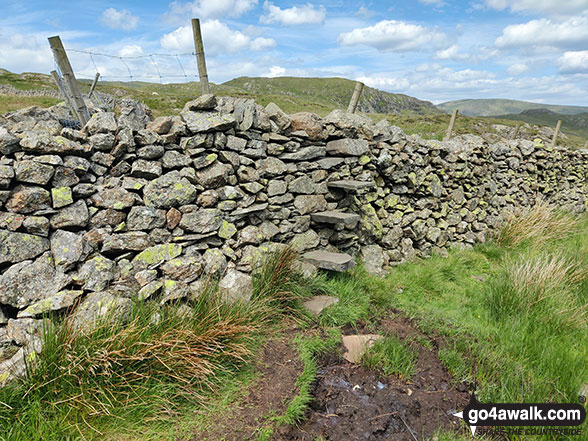 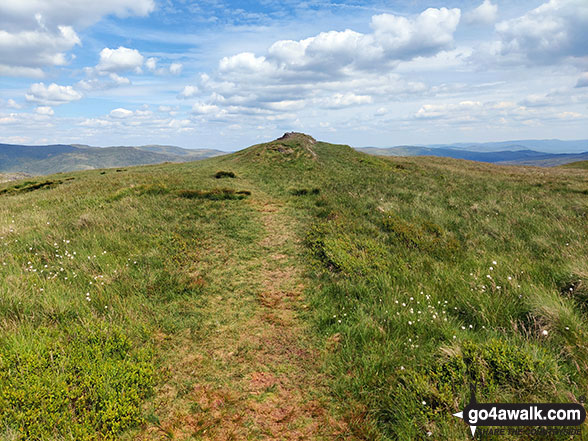 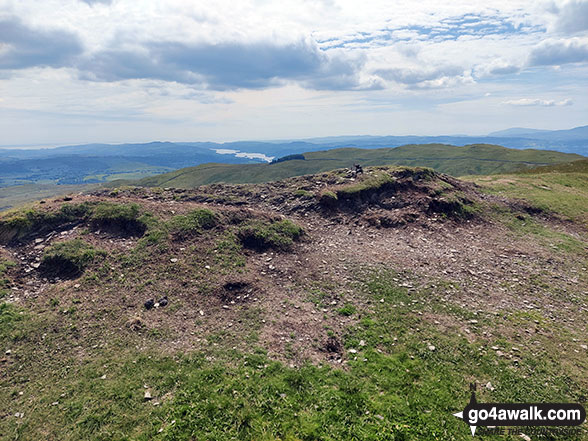 Windermere from the summit of Sallows 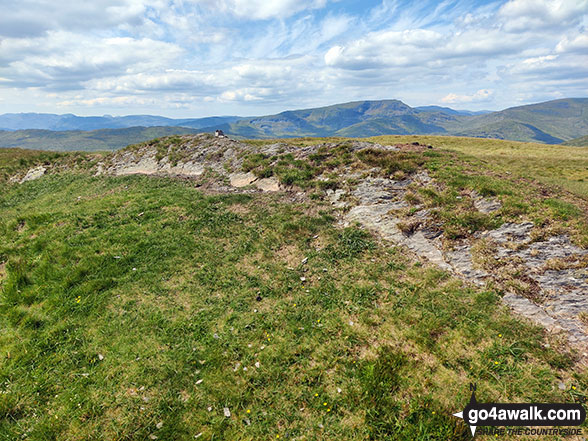 On the summit of Sallows 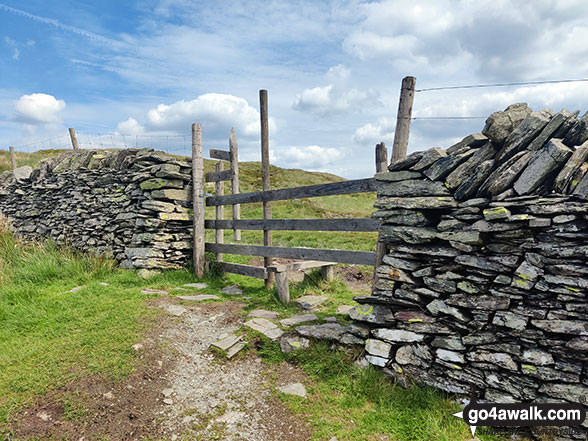 Wall stile in between Sour Howes and Sallows

Send us your photographs and pictures on, of, or from Sallows

If you would like to add your walk photographs and pictures featuring views from, on or of Sallows to this page, please send them as email attachments (configured for any computer) along with your name to: