Rogan's Seat is classified as: 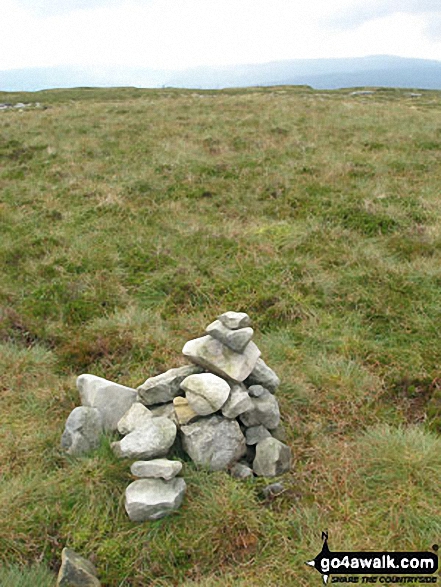 You can find Rogan's Seat & all the walks that climb it on these unique free-to-access Interactive Walk Planning Maps: (click/TAP to select)

The Northern Dales Area of The Yorkshire Dales National Park

The Northern Dales Area of The Yorkshire Dales National Park 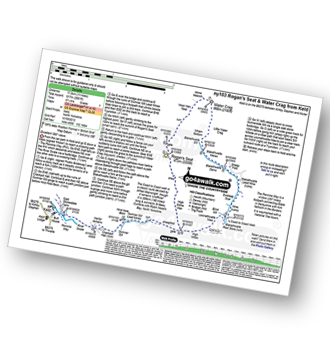 Margaret Richards climbed on August 23rd, 2018 [from/via/route] Keld [with] Don [weather] Cool & dry till lunchtime then hard rain - got a bit lost despite following the river, climbing over & through fences, inadequate directions. Rogan's Seat itself is a tad disappointing, very small & the pipe is weird. But magnificent views.

Kevin Foster bagged on August 27th, 2017 [from/via/route] Muker [with] By myself [weather] Perfect conditions; sunny with a cool breeze - Crossing the Swale at Ramps Holme bridge I followed the old corpse way upstream in very pleasant surroundings. Nearing Swinner Gill I then climbed steeply from the path I was on to reach a higher path contouring the valley. This path although good at first became quite 'scrambly' as it dropped then climbed steeply out of the Swinner Gill gorge. Now on the left bank I followed a decent path again to the little bridge at the disused Swinner Gill Lead mine. Evidence, the first of many, of the lead mining activity that was prevalent around here in the 18th & 19th centuries. I now joined up with the Coast to Coast route briefly as it climbed beside East Grain out of Swinner Gill. The badly eroded path is undergoing repairs at the moment & it was strange to find a digger near the top of the climb. Route finding was easy now as I joined the shooters track to a gate then shortly after turned left on an unsigned shooters track heading North straight for Rogan's Seat. After about a mile & a half of easy walking I reached the summit & had a quick lunch before wandering across to the small cairn on a peaty knoll to the left of the path. The far reaching views were fantastic especially to the head of Swaledale & the Buttertubs pass. North the view was dominated by my next objective Water Crag.

Christine Shepherd scaled on July 3rd, 2014 [from/via/route] Walked from Keld using walk ny103 [with] On my own [weather] Overcast but stayed dry. Good long distance views but hazy. - This is a great walk with lots of contrasting scenery. Wouldn't risk 'The Pathless Moor' or 'meandering though peat hags' in bad weather. Rest of the walk has good paths though some are very narrow.

Andrew Joss walked up on May 3rd, 2014 [from/via/route] Keld [weather] Cloudy but mild - Walk up to peak was fantastic

Gary Powell bagged during June, 2012 [from/via/route] keld [with] husband [weather] fine - took a short cut back on a track clearly marked on our map & got lost!!!!!! ended up finding civilisation again eventually & a kindly cottage owner gave us some water as we had run out, apparently it is a weekly occurrence for him to find lost walkers, the path we followed apparently is an ancient shepherd track & only exists on paper these days!!!! beware.

Send us your photographs and pictures on, of, or from Rogan's Seat

If you would like to add your walk photographs and pictures featuring views from, on or of Rogan's Seat to this page, please send them as email attachments (configured for any computer) along with your name to: