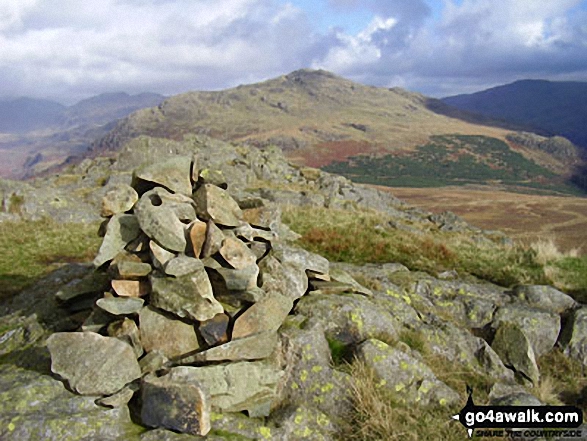 Difficult route finding on the tops 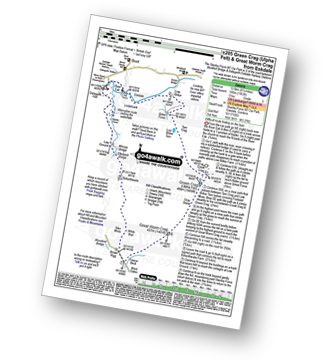 Some of the quieter fells 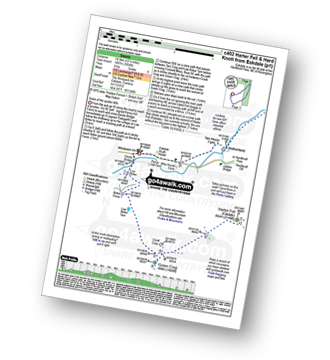 David Lord bagged on September 26th, 2015 [from/via/route] National trust carpark on Walna Scar road, following the road away from the Old Man & gradually climbing on a distinct path to Brown Pike, then Buck Pike & on to Dow Crag. [with] Debbie Lord [weather] Beautiful sunny day. - Excellent walk for those who prefer not to scramble or encounter really step sections & steps. Gradual incline although testing in places & rewarded with fine views from the top.

Wayne Baxter summited on July 15th, 2021 [from/via/route] From Woolpack Inn, over Doctor bridge, left to Penny Hill Farm carried on past the back of Wha House farm. Picked up a path next to the wall & climbed through the Ferns steeply onto Harter Fell summit. Trace your steps until you see a path that leads straight down the hill side. At the bottom you will see a stile climb over & there is a path that leads you to Green Crag (path can be boggy in places. We retraced our steps off the peak to the right as you climb Green crag & you pick up a path that leads you all the way back to Doctor Bridge. [with] Sue [weather] Sunny & hot

John Bryers scaled on April 8th, 2021 [from/via/route] Parked at Birks Bridge, over bridge & turned left.Up to Birks, under Buck Crag, Mart Crag, Maiden Castle to top of Harter Fell. Followed path down to Spothhow gill, through Dunnerdale forest path & across Ulpha Fell via Wormshell How (Went a bit too far to left of Green Crag as I followed the fence posts which took me away a little. Crossed over wall near Wormshell How & on to Green Crag top). Home via Dunnnerdale forest road to Grassguards & crossed over ford & back to Birks & car park. [with] With Mya. [weather] Warm day, no cloud & sunshine. Still cool winds at times. Sunny & warm with a cool breeze on ridges

John Fenwick walked up on September 27th, 2020 [from/via/route] Walked from the wool pack in. Weather was perfect for walking. Followed walk c402 took a couple of wrong turns along the way. [with] Romany [weather] Sunny with some clouds & some wind. - There is no cattle grid top of Hard Knott Pass as stated on the directions. Headed back via roman hill fort from Hard Knott back down road as we ran out of time to finish.

Dave Eyes bagged on August 22nd, 2020 [from/via/route] Parked at the Wool Pack & walked back up the road to Wha House bridge. Took the scenic route through the ferns to visit Harter Fell & then trooped across the very boggy ground over to Green Crag. [with] Christine Eyes [weather] Cloudy with strong wind & heavy rain & very wet under foot. Glad its done !

Elaine Evans walked up on September 30th, 2019 [from/via/route] From Jubilee Bridge to edge of Hardknott Forest, across to Green Crag then back to main path & up to Harter Fell summit before descending to join original path & back to car. [with] Sue and Christine [weather] Bright sunny day to begin with, then light drizzle, followed by mist on tops , then fair but overcast, not cold. - Very boggy on way to & from Green Crag.

Richard Fulcher walked up on May 1st, 2017 [from/via/route] Woolpack Inn, Hardknott [with] Jen [weather] Sunny, clear blue sky, windy - An enjoyable walk except for the boggy stretch between Green Crag & the edge of the Dunnerdale Forest i.e. the direct route up Harter Fell. Jen waited near Spothow Gill whilst I ascended Harter Fell.

David Butterfield has conquered [with] Val

Jill Dean walked up on September 20th, 2015 [from/via/route] Woolpack Inn at Boot [with] Grezzy and Jilly [weather] Overcast & almost raining but not - Nice walk along green pathways rising from valley floor then skirting Ulpha Moor. Great views all around

Kevin Parnham climbed on August 22nd, 2015 [from/via/route] From Woolpack Inn,Eskdale [with] Jo and Charlotte [weather] bit showery all day but not cold

Jan Dixon bagged on August 30th, 2015 [from/via/route] The Woolpack to Green Crag & over the Harter Fell [with] Tia and Anya [weather] Overcast but sunny

Craig Steeland summited on July 17th, 2014 [from/via/route] Birks Bridge in the Duddon Valley [with] On my own [weather] Partly sunny, warm & no wind. Excellent! - Crossed near summit of Crook Crag on the way. Crook Crag ridge on outward leg, & across the middle of Ulpha Fell marshes on the return leg. Ulpha Fell crossing not as wet as expected after heavy rain the previous day.

Marcus Bradshaw conquered on April 25th, 2014 [from/via/route] harter Fell , Green Crag . Not from Eskdale though [with] marcus [weather] Over cast - You would only ever do this walk if you re bagging a Wainright . Not a pleasant walk but as always great view when reached.

More Photographs & Pictures of views from, on or of Green Crag (Ulpha Fell) 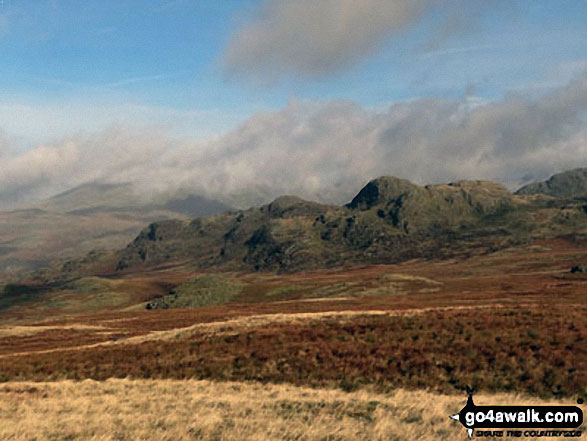 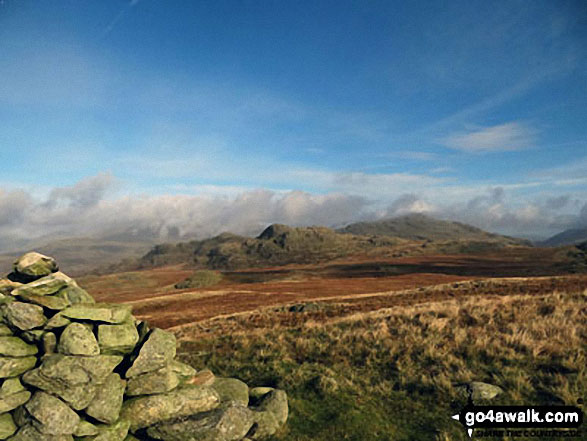 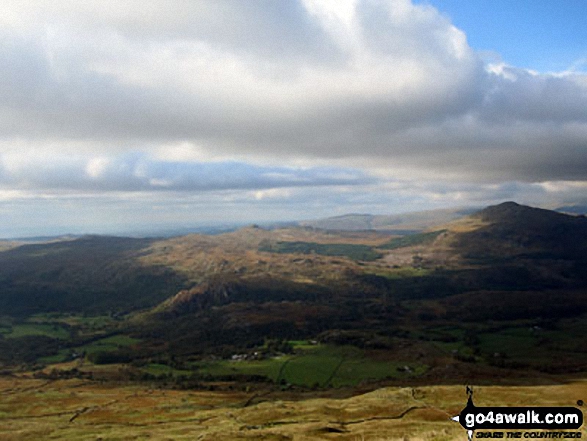 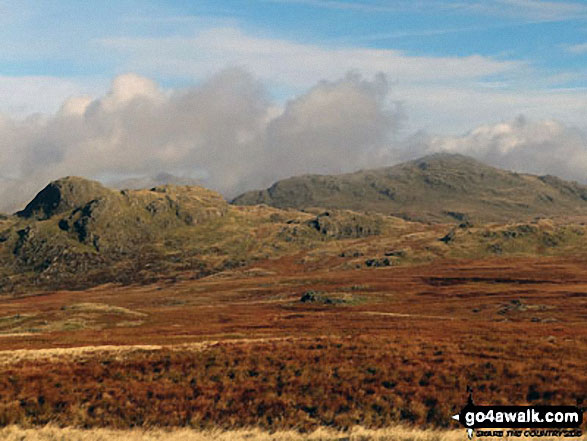 Send us your photographs and pictures on, of, or from Green Crag (Ulpha Fell)

If you would like to add your walk photographs and pictures featuring views from, on or of Green Crag (Ulpha Fell) to this page, please send them as email attachments (configured for any computer) along with your name to: