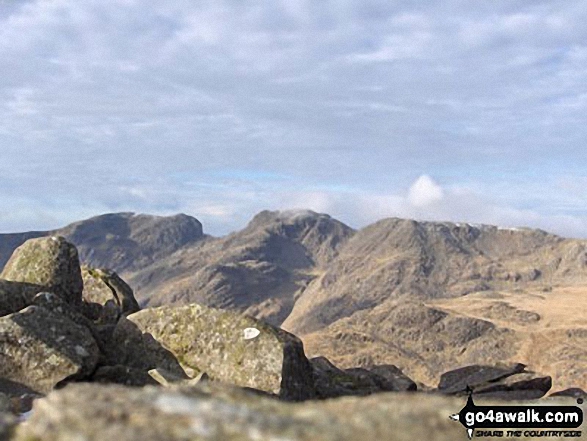 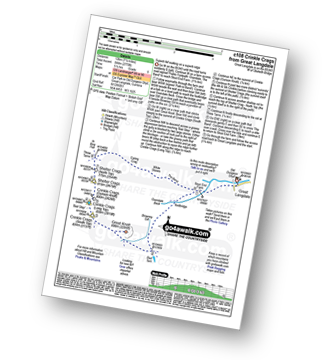 Nick Dobson hiked on June 9th, 2018 [from/via/route] Old Dungeon through Oxendale towards Red Tarn. [with] Margaret & Ralph [weather] bright and sunny with excellent views and scenery. - It was our 18th wedding anniversary, and we had a table booked early evening at the 1863 Bistro in Pooley Bridge. After completing the 5 Crinkles, we contemplated going up Bowfell as well. We changed our minds considering the time, and made our way back down the band, getting soaked as we neared the bottom. (An excellent decision in hindsight)

Chris Sheard hiked on July 10th, 2013 [from/via/route] From Langdale [with] George & Damien & 2M's [weather] Warm Humid with weather closing in - MM Missed the gully ascent we came for. Just walked off and effectively made us follow - don't like that attitude

Caroline Winter summited on February 12th, 2017 [from/via/route] Wrynose-three shires pass, pike o blisco, south and long top crinkles [with] Karen [weather] Good visibility, but deteriorated late afternoon, high gale force winds, snow and ice underfoot, snow and white out 3-4pm - Parked on three shires pass and wind ferocious. Slow progress to pike o blisco due to ice and snow. Difficult to locate track. Great visibility to Crinkles-covered in snow. Weather closed in on ascent of second and unable to find route back. After one and a half hours managed to get off and abandoned Cold Pike to return to car.

Charlie Housley walked up on June 3rd, 2016 [from/via/route] Followed the good path from Cold Pike. [with] Solo. [weather] Glorious sunshine and no cloud.

Pauline Styles summited during 2012 [with] The Benskey Walkers - Via Crinkle Craggs to Bowfell and failed to reach Scarfell Pike :(

Marcus Bradshaw bagged on June 21st, 2014 [from/via/route] Crinkle Crags , Bow Fell , Esk Pike [with] Marcus [weather] Sunny - longest day . Harder walk than I thought . Glad to see the back of the 5th Crinkle. Would nt like to do this walk in bad / misty weather .

Tim Buckley walked up on October 6th, 2012 [from/via/route] From Pike O'Blisco and Red Tarn. [with] Solo walk. [weather] Generally clear, but some light rain, another walker described it as moody. - Tough going, fitness down following events of the summer, but made it up Bad Step. Came down via Three Tarns and the Band. Pint in the Old Dungeon Gill. The Langdale Pikes and valley were stunning in the late afternoon sunshine.

Leona Skelton scaled during November, 2009 [from/via/route] Great Langdale [with] Durham University Hillwalking Society [weather] Cold - Other group walking in the society that day got stranded on Bowfell all night

Bay Wan has climbed [from/via/route] Started from base of Langdale Fell. Up via Great Knott [with] Cocoa Pops (the dog) [weather] Warm, misty, and summit covered in heavy cloud :( - Wanted to come down via Bowfell but couldn't see a thing or the route to Bowfell!!!

Christine Shepherd bagged on April 16th, 2009 [from/via/route] Used walk c279 'The Oxendale Horseshoe' [with] My friend Jenny [weather] Very breezy but clear. - Had climbed this once before in 1998 but hadn't got an exact date.

Chris Bramley summited on January 28th, 2012 [from/via/route] Langdale valley up the steep route [with] Janet [weather] Snow and ice - First real walk of the year , took it out of us 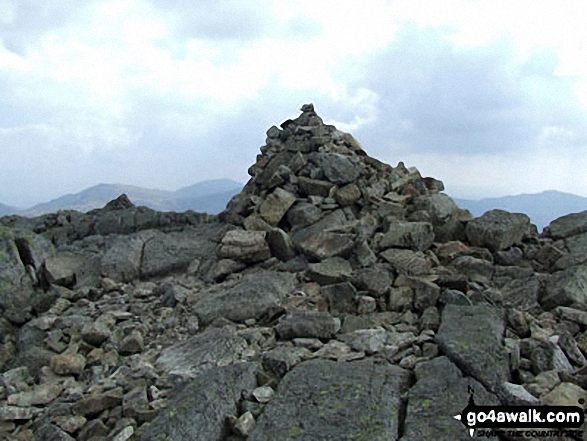 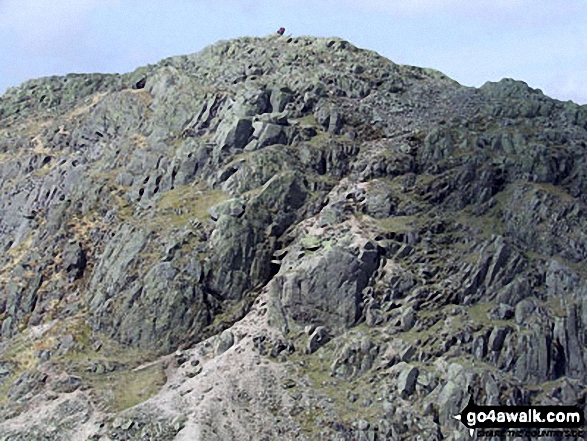 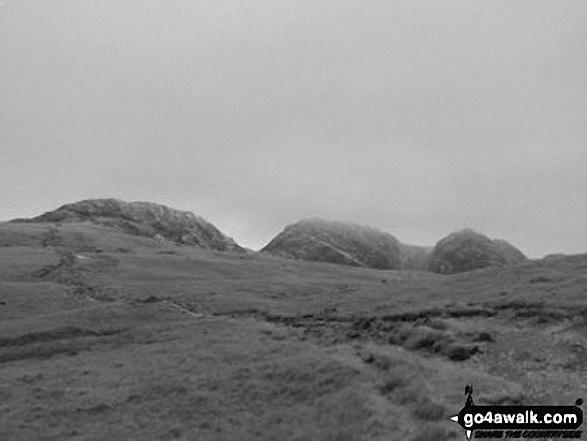 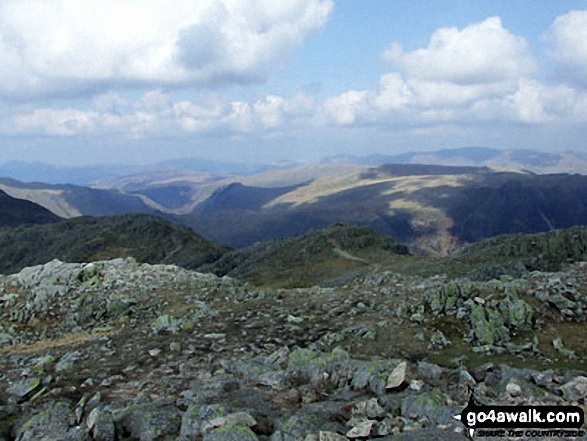 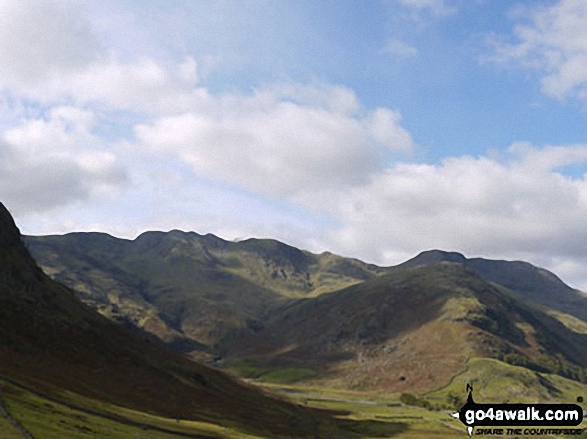 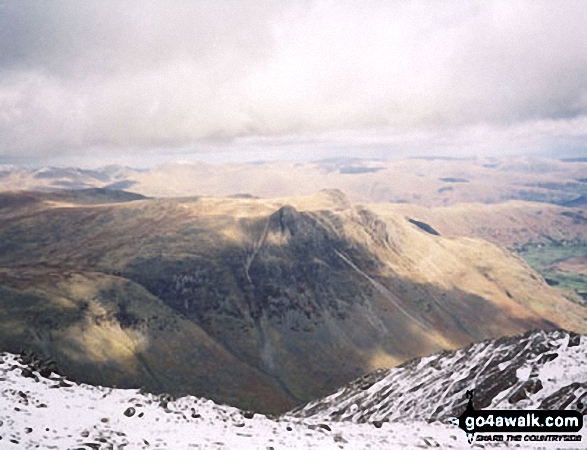 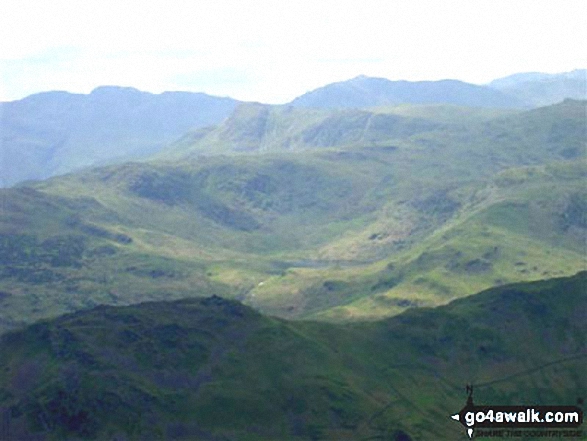