Bow Fell (Bowfell) is classified as: 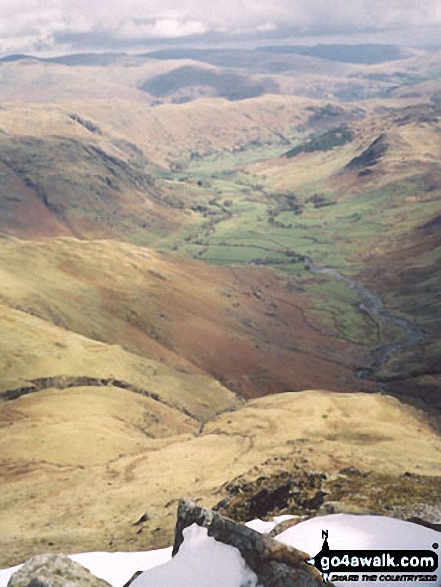 The view from the summit of Bow Fell (Bowfell)

John Bryers climbed on August 13th, 2020 [from/via/route] Walked up Oxendale through the farm. Continued WSW beside the wall and then bear SW (left) at a fork on a level path to reach the footbridge over Oxendale Beck. Cross the bridge and bear SW up a clear path that eventually bears S beside Browney Gill to reach a junction of paths on the col. Turning left up to peak of Pike O' Blisco. Returning to col and up to Great Crag, skirting around on right to Crinkle Crag (South top) and along ridge to Crinkle Crags (North Top). Continued along ridge along the crinkle crags 4 and 5 and up to top of Bow Fell. [with] With Mya my faithful 13 year old Patterdale Terrier. [weather] Very warm day, sweated up to Col, breeze did help and clouded in a touch. - Set off at 7.37am after parking in NT car park at New dungeon Ghyll (£8.00 parking).

Andrew Johnson scaled on February 5th, 2020 [from/via/route] Seathwaite [with] Ted [weather] Cleared to blue skies at some points, Snow on top with some hail

Phillip Bulley walked up on September 10th, 2019 [from/via/route] Via Esk Pike and ore gap. [with] Ruby. [weather] Sunny and warm.

Elaine Evans climbed on August 29th, 2019 [from/via/route] From Old Dungeon Gill ascended to Bow Fell via The Band and Three Tarns, retraced our steps to Three Tarns then on to Shelter Crags and Crinkle Crags, descended to Red Tarn and back to car park. [with] Sue [weather] Fine, dry and good for walking to start with, strong wind and poor visibility on reaching summit made conditions very difficult. - Didn't see the amazing views we'd heard about. Had the wind got so bad on the way up we would have abandoned our plans and descended but it really caught us out. Lots of people changing their plans due to weather conditions.

Dale Tyler climbed on October 15th, 2017 [from/via/route] Up The Band from Dungeon Ghyll [weather] Cloudy and wet with sideways driving mist! - Summitted with Chris after the others turned back

Andy Jakob hiked during 2011 [with] a lady from this site

Michael Nolan summited on February 2nd, 2016 [from/via/route] Old Dungeon Ghyll [weather] I have NEVER been as cold as on Bow Fell ...I have skied in lapland at minus 35 but with the wind it was amazingly cold but was on my own and saw not a soul for 7 hours

Bay Wan climbed on September 4th, 2015 [from/via/route] Park at the 1st pub car park field in Langdale Valley as its £5 for the whole day whereas the official car parks are £7/£8 for the day. [with] Cocoa Pops [weather] Mild and sunny - Go up through Bowfell, via Esk Pike and then down via The Cumbria Way. Doing this rote in reverse is a killer for the knees wgen descending Bowfell so best to get the steep stuff over with at the start

Kevin Parnham conquered on July 11th, 2014 [from/via/route] rossett gill,esk hause and esk pike [with] Jo [weather] hot and sunny - Had the summit to ouselves and a couple of crows,fantastic views as always

Claire Kirk climbed on September 20th, 2013 [from/via/route] Old Dungeon Ghyll [with] Alex Edwards [weather] Drizzly to start with but brightened up once we reached the summit

John Powell bagged during May, 2008 [from/via/route] The Band

Beth Webster hiked on May 6th, 2013 [with] Hannah Phillips

Raymond Barnett conquered on May 22nd, 2013 [from/via/route] Langdale [with] self [weather] good and sunny

David Lane bagged on November 29th, 1996 [from/via/route] Langdale, and Crinkle Crags. [with] Kelly [weather] A fabulous day with snow up top. It was like being in a Christmas Card Scene

Chris Bramley conquered on August 18th, 2012 [from/via/route] Wry nose pass and crinkle crags [with] Janet [weather] Mist then sun - Really foggy on the crags, cleared to be a fantastic sunset

Christine Shepherd walked up on April 25th, 2009 [from/via/route] Used walk 371 from Langdale to bag Rossett Pike, Esk Pike and Bowfell which I had bagged before in July 1997 but couldn't remember the exact date. [with] On my own [weather] Windy and fine to start with. The storms which had been forecast for the afternoon kicked in while I was coming down the band. - I had studied the mountain forecast and made an early start so I could be off the tops before the storms. Some people heading for Scafell were putting their wet weather gear back in the car as they 'couldn't see any clouds'. They chose to ignore my warnings about the forecast. I guess they got wet!

Christine Knowles climbed on April 22nd, 2009 [from/via/route] Mickledon, Rosset Ghyll, Esk Hause, Scafell Pike, Esk Pike [with] Graham [weather] Cloud down by Bowfell - no visibility - Got lost on top - scary - could tell from GPS we made it to top!

More Photographs & Pictures of views from, on or of Bow Fell (Bowfell) 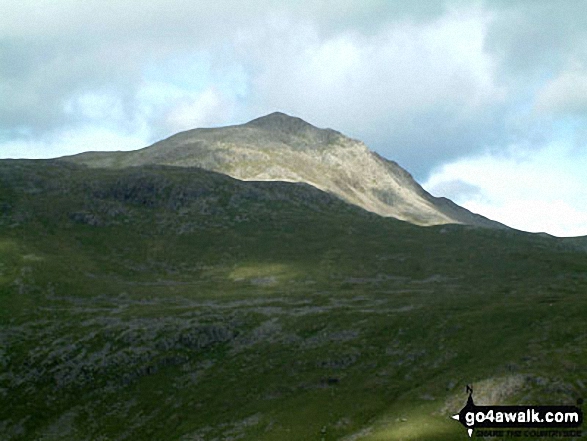 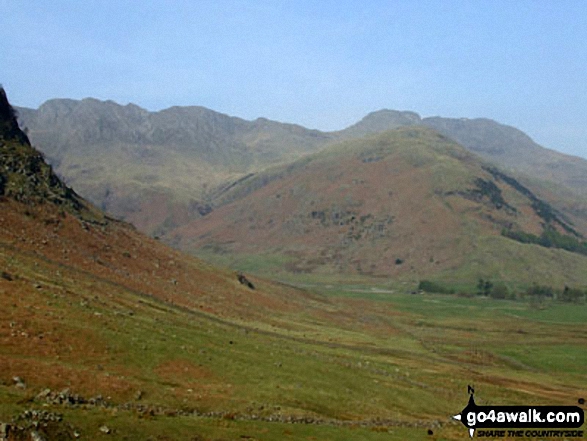 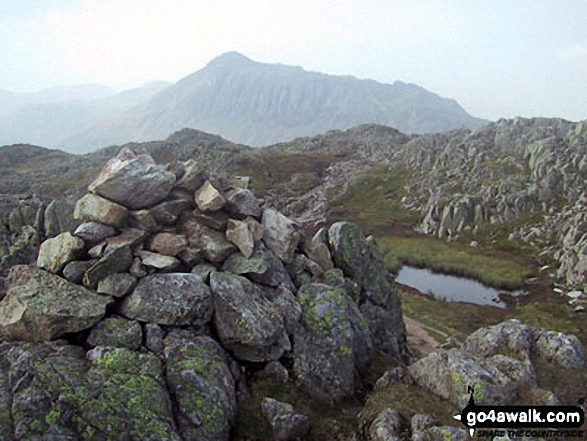 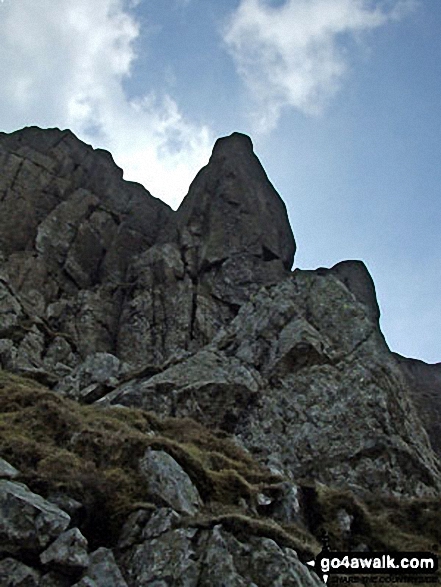 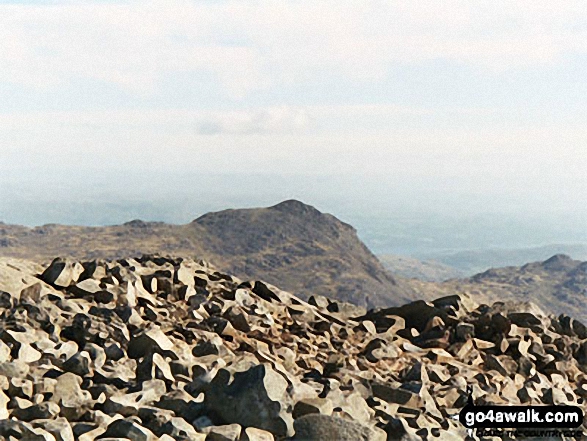 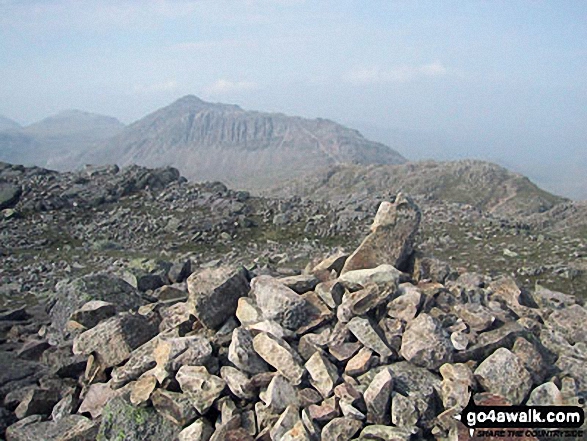 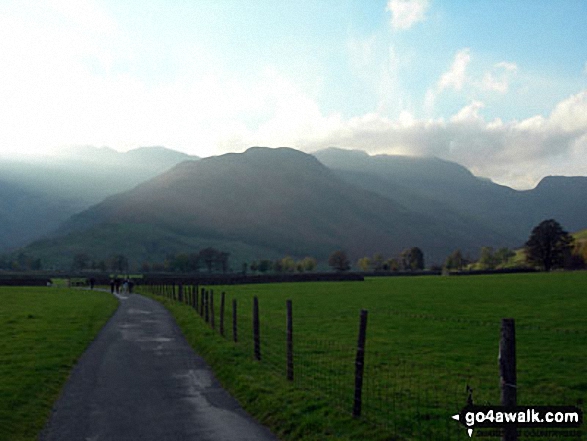 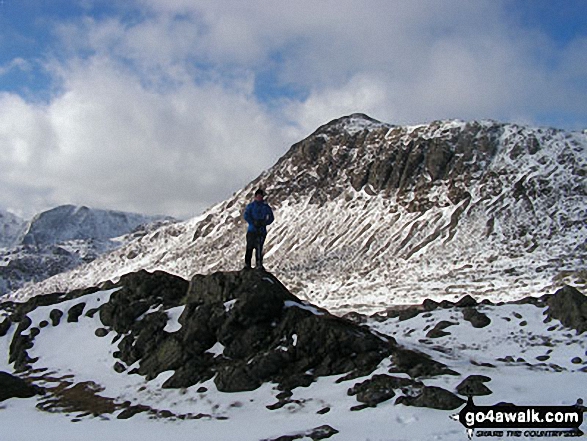 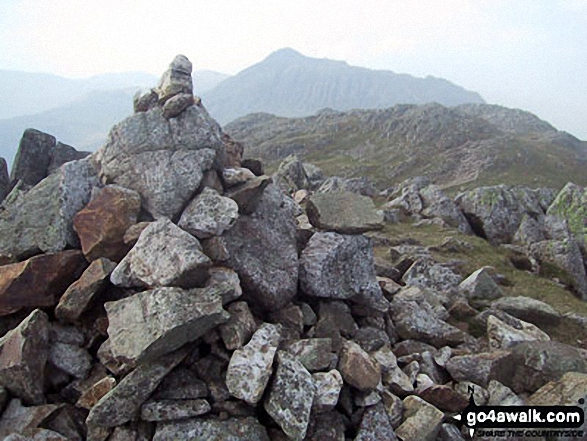 Send us your photographs and pictures on, of, or from Bow Fell (Bowfell)

If you would like to add your walk photographs and pictures featuring views from, on or of Bow Fell (Bowfell) to this page, please send them as email attachments (configured for any computer) along with your name to: