The County Stone (a large boulder built into a wall junction) 800m south of the summit of Great Coum marks the NE tip of the county of Lancashire.

Great Coum is classified as: 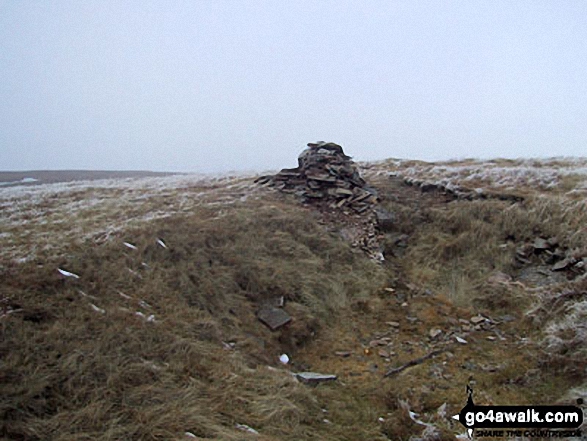 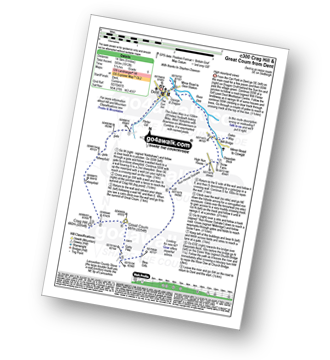 Adrian Howard climbed on July 25th, 2017 [from/via/route] From road at High Moss SE of summit, then on to Crag Hill trig.

Stella Nuttall bagged on October 17th, 2018 [from/via/route] From Lack House Farm. Ny 129 Gragateth, Great Coum Green Hill & Crag Hill. We didn't see anyone else on this walk until we saw firstly 3 people in orange boiler suits & then 2 men in yellow boiler suits approaching in the distance, quite surreal. They had all been pot holing & were making their way back to the farm. We had lunch by the waterfall in the sun. [with] Stella, Ann, Sally Christine and Kath. [weather] Misty to start with but when this lifted the views were awesome. - Very wet on the top between Gragareth & Great Coum.

Kevin Foster summited on August 16th, 2017 [from/via/route] Green Hill [with] Henry [weather] Sunny morning becoming increasingly cloudy afternoon then light rain at the end - A bit of a confusing summit this one. Over the summit wall there are two fields split by another wall dissecting the summit wall & there are two cairns either side of the wall. I visited them both just to make sure but I think the one in the 'field' to the East is slightly higher. To make matters worse (or better I don't know) Crag Hill, from where I was standing looked as high if not higher, but according to the OS it is slightly lower & doesn't have the prominence to make it a separate Nuttall. Of note on the ascent was the three county stone incorporated into the wall marking the boundary between Yorkshire, Lancashire & Westmorland.

Caroline Winter scaled on October 3rd, 2015 [from/via/route] Yordas cave, Gragareth, Great Coum, Green Lane Track to High Moss, road by Long Gill back to car [with] Solo [weather] Ridge from Gragareth to Great Coum low cloud; 30 meters visibility meaning no views only stone wall! - Difficulty establishing proper summit. Pile of stones by wall but doesn't correlate with highest point on OS map. I paced to point where summit is supposed to be. Dropped too low on descent, ending at Beck, so clambered back up to obvious track!! Behind on time so ran along B road back to car. Meant I could revisit Country store to buy more scones- delicious 🍩 🍪 🍰

More Photographs & Pictures of views from, on or of Great Coum 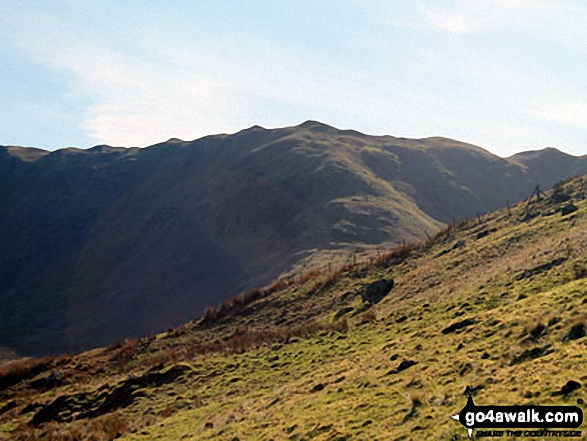 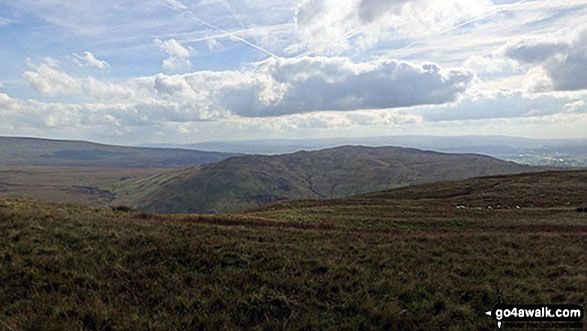 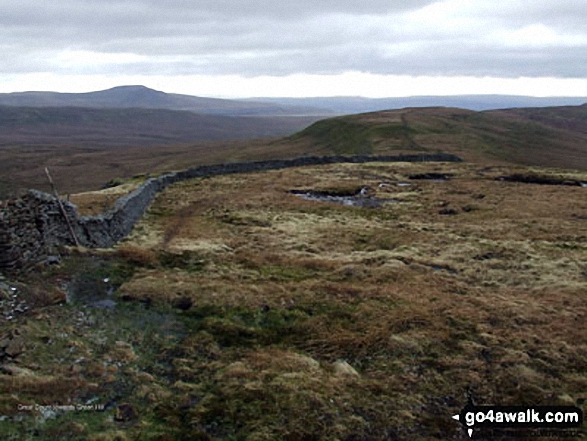 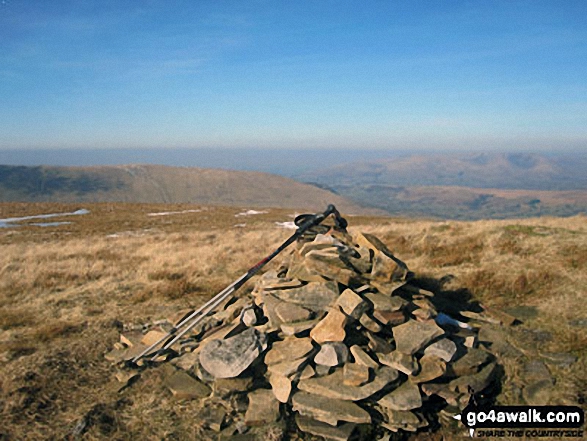 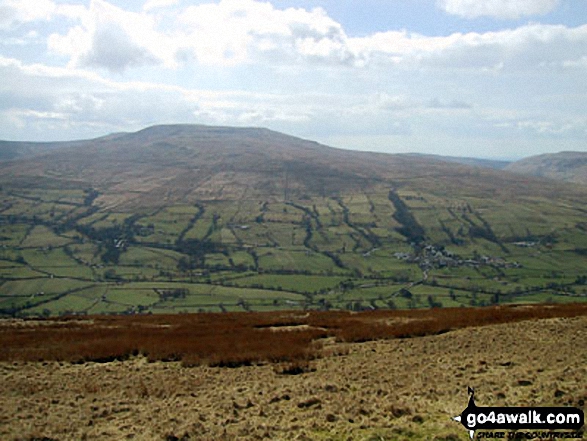 Great Coum and Gragareth across Dentdale from Aye Gill Pike

Send us your photographs and pictures on, of, or from Great Coum

If you would like to add your walk photographs and pictures featuring views from, on or of Great Coum to this page, please send them as email attachments (configured for any computer) along with your name to: