Fountains Fell is classified as: 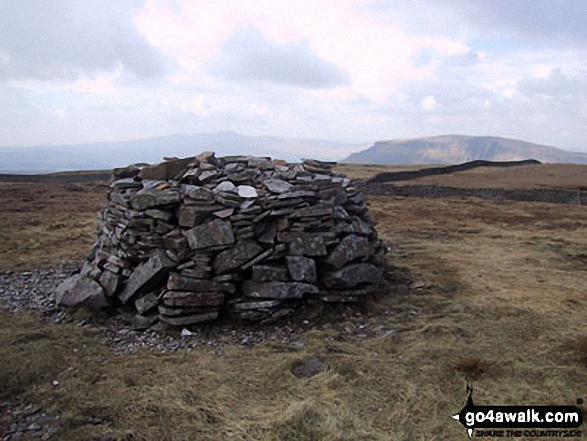 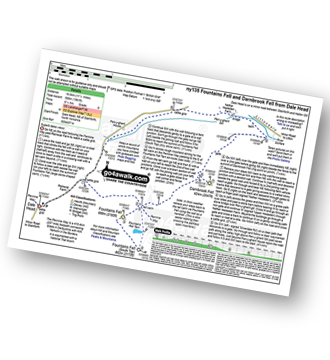 Angela Moroney climbed during 2020 [with] JL

Kevin Foster summited on July 22nd, 2017 [from/via/route] Darnbrook Fell [with] By myself [weather] Rain to start, low cloud but then tops clearing & hot & sunny. - Very soggy underfoot between Darnbrook Fell & Fountains Fell following the summit wall. I couldn't find the ladder stile mentioned in the walk route description. I climbed over a gate in the wall instead & ascended directly to reach the Pennine Way path which was a relief after all the heather & bog trotting prior to that. I then followed the PW path to the prominent cairn (true summit) on Fountains Fell with fantastic views South & West. The South top looked a good distance away & was another out & back so as I was running out of time, I made an agonising decision to leave the South top for another day & returned along the PW path to the start of the miner's track. This area of the fell has plenty of interest with it's open mine workings, bell-pits & disused coke ovens as a reminder of the coal industry that thrived up here. After a last good look around at the views I followed the miners track back down to the road & my waiting car (a good mile further down the road where I'd left it).

Caroline Winter climbed on May 2nd, 2015 [from/via/route] Litton, Dawson Close, Darnbrook moor, Darnbrook Fell, Fountain Peak, Fountain Fell, Pennine Way to Dawson Close, Litton [with] Myself [weather] Overcast, rain/sleet late morning with Easterly wind; strong at times. Chucking it down with rain from 2 pm. - Thank goodness for the stone walls which sheltered me from the wind & rain. Only met one person; a Yorkshire man in the cross over of PW before Fountain Peak. We disagreed which was the official highest peak, & just to satisfy him I walked to Fountain Fell as well as the stone cairn. I collected a blue walking pole lost near the cairn. Got back to Litton in time to get to the Kettlewell garage as warning oil light declare itself driving through Arncliffe. Thank you to the garage for helping me out.

Christine Shepherd hiked on July 8th, 2013 [from/via/route] Walked from Dale Head using walk ny135 [with] On my own [weather] A real scorcher!

Ray O'hara summited on August 23rd, 2012 [from/via/route] NY112 & NY135. I walked NY112 over Penyghent & Plover Hill as far as the cattle grid at SD87221 74498 then walked backwards round NY135 over Darnbrook Fell & Fountains Fell. The NY135 route was still easy to follow when walked in reverse [weather] Overcast, some sunny spells - Fairly boggy trudge across the ridge from Darnbrook Fell, but I have seen far worse. The summit itself is full of interesting features/cairns & the views are very good.

More Photographs & Pictures of views from, on or of Fountains Fell 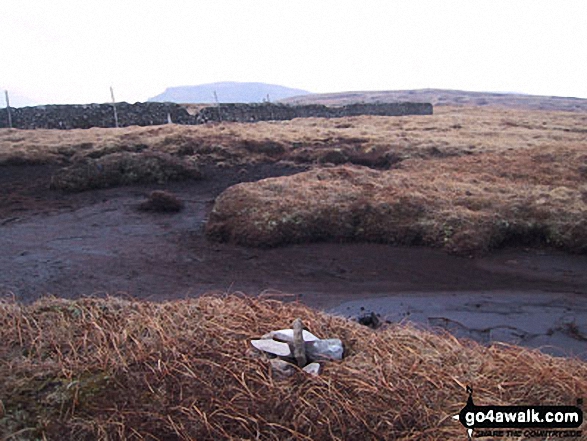 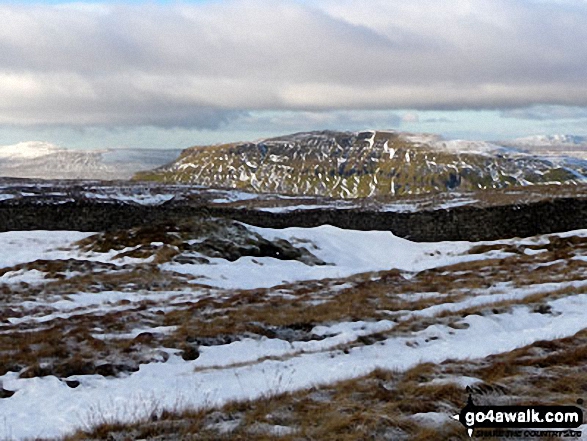 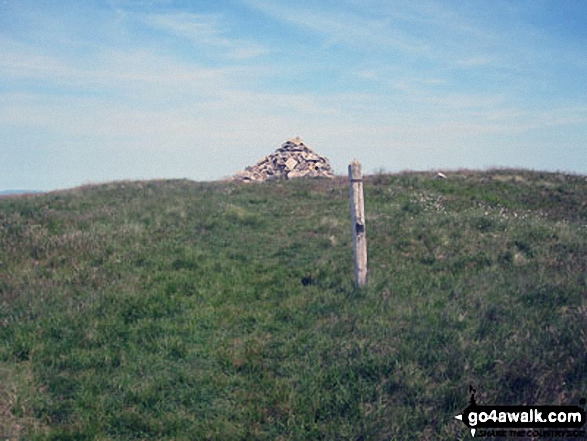 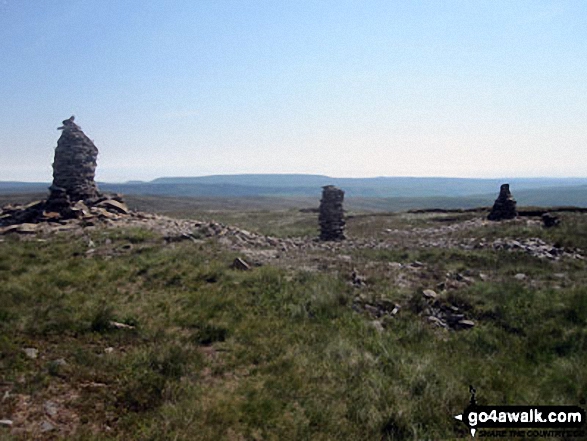 Towers and Curricks on Fountains Fell 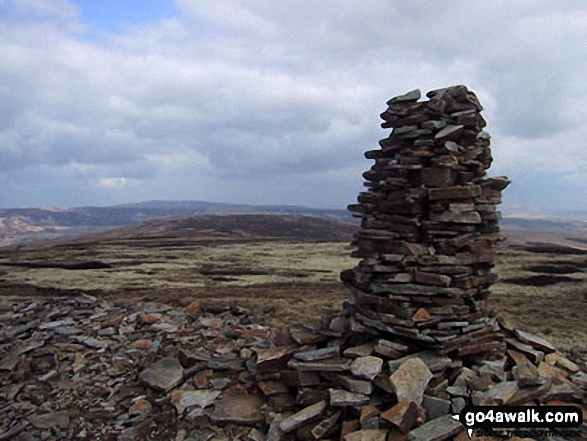 Beacon on the top of Fountains Fell 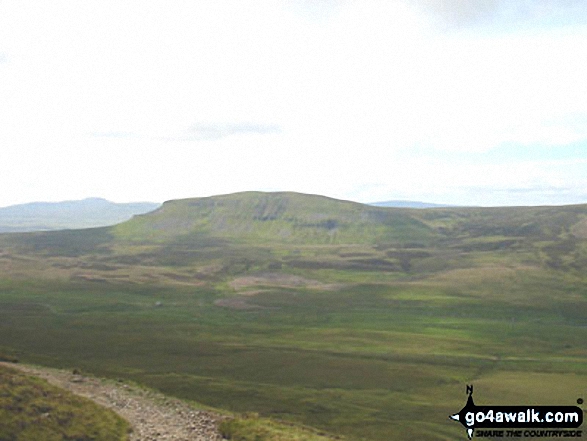 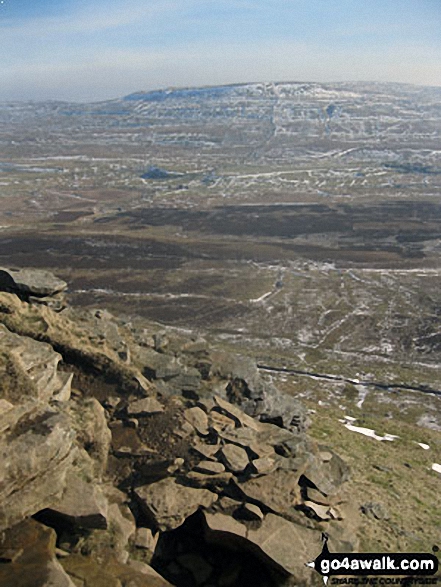 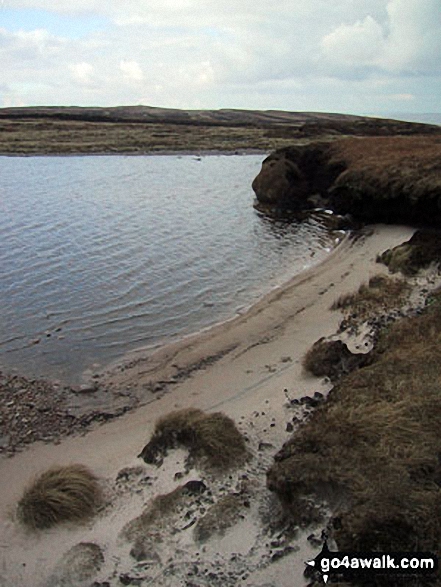 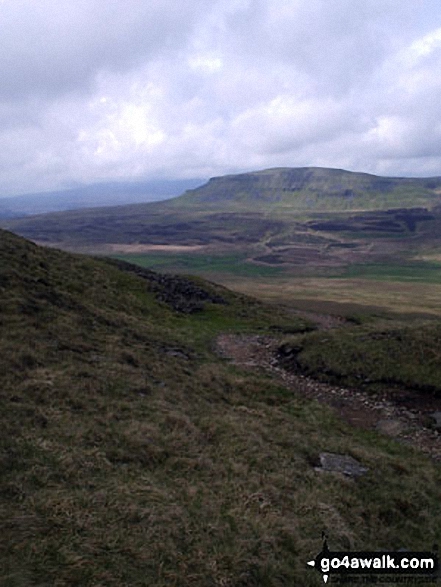 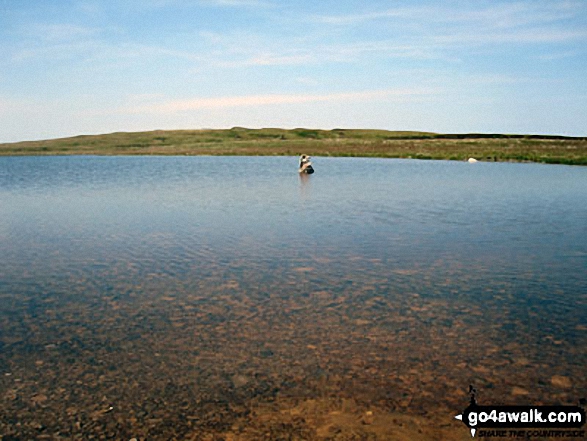 Send us your photographs and pictures on, of, or from Fountains Fell

If you would like to add your walk photographs and pictures featuring views from, on or of Fountains Fell to this page, please send them as email attachments (configured for any computer) along with your name to: