Braeriach (Braigh Riabhach) is classified as: 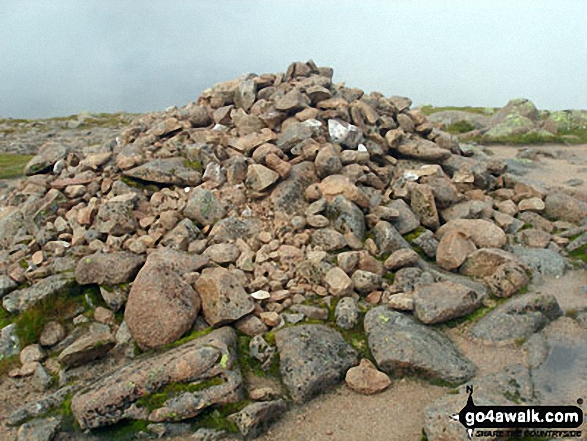 Andrew Baron walked up on January 1st, 2018 [from/via/route] From sugar bowl carpark via carn a chalamain gap [with] son Michael [weather] ok Best forecast for a few days.low wind.Light mist most of the way. - Car park frozen left 08.45. soft fresh snow in chalamine gap hard going..deep snow on the way up. Once on the ridge going was ok rocky in places.Slight views on summit very cold. Descended quickly very icy on lower path.Back just before dark.

Christine Shepherd bagged on May 29th, 2005 [from/via/route] Walked from Cairngorm [with] Graeme and Adam [weather] A whiteout! - After bagging Cairn Gorm and Ben Macdui our party of six had to descend to the Corrur Bothy in sleet and heavy rain before climbing up the other side of the Lairig Ghru towards Cairn Toul. As conditions were getting worse Graeme (a trained mountain leader decided we should avoid the ridge). I agreed but some didn't, so the party split and three of us approached this summit from a safer route.

Mark Davidson hiked on May 26th, 2007 [with] Alone [weather] Showery with occasional breaks in the cloud - got very wet - Had been up Ben Macdui/Beinn Macduibh the day before so started to get very tired about half-way up. Stopped for a bit but decided to make a big effort and keep going. Really glad I did!

More Photographs & Pictures of views from, on or of Braeriach (Braigh Riabhach) 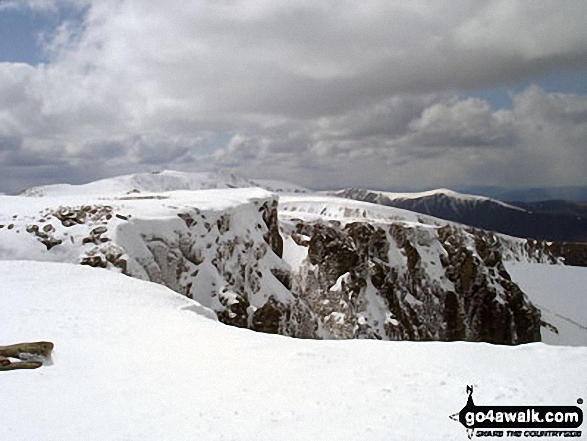 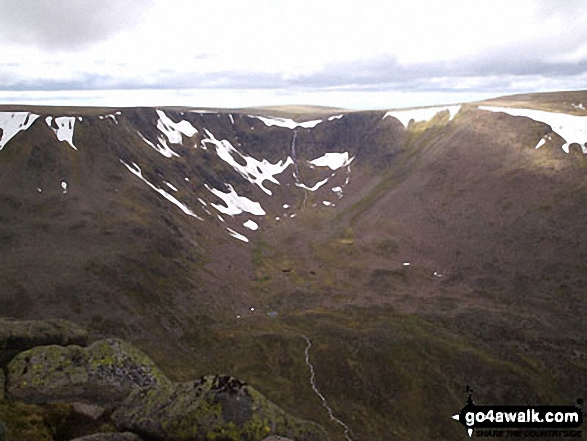 The Falls on Dee, Braeriach (Braigh Riabhach) from Sgor an Lochain Uaine (The Angel's Peak) 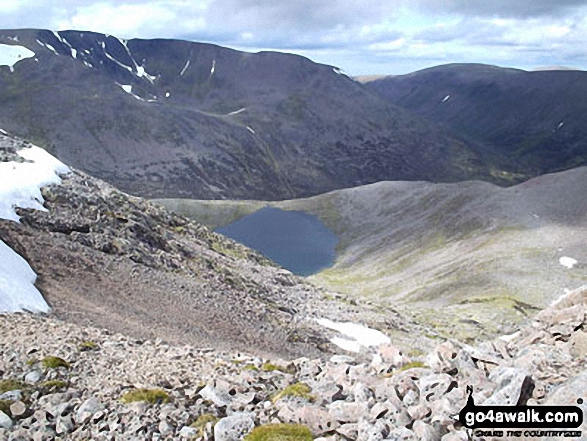 Send us your photographs and pictures on, of, or from Braeriach (Braigh Riabhach)

If you would like to add your walk photographs and pictures featuring views from, on or of Braeriach (Braigh Riabhach) to this page, please send them as email attachments (configured for any computer) along with your name to: