Mardale Ill Bell is classified as: 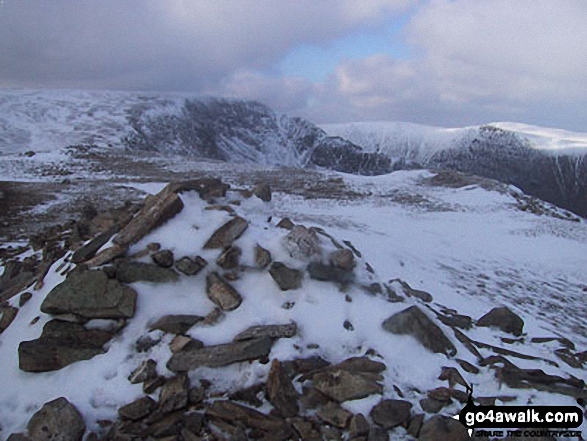 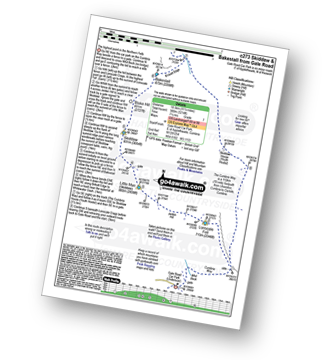 Chris Sheard bagged on October 1st, 2020 [from/via/route] 1 October 2020 up from Haweswater [with] George [weather] Cool winds with heavy mist on tops - Returned to conquer as last time was blown off in hail

Clare Tait hiked on August 30th, 2020 [from/via/route] From Mardale Head car park. Across head of reservoir along ridge to HighSt top. Then Mardale lll Bell, Harter Fell and return via Gatesgarth Pass. [with] Charlie [weather] Bright sunshine, however cooler than recent weeks. - Well worth the hours of driving to do this in a day. A good route with beautiful views from the summit of High Street. Lots of friendly walkers out. A good way to bag #51 Wainwright!

Richard Marchant scaled on January 2nd, 1999 [from/via/route] A day walk with my good friend Ray collins. We met at Mardale Head car park top of Haweswater. The route took us up by Gatesgarth Beck to Gatesgarth Pass, then turned right and followed the route up to Harter Fell. We then carried on to Mardale Ill Bell then on to High Street, Rampsgill Head then to Kidsty Pike and then descended to Haweswater and back round to Mardale Head Car Park. [with] Ray Collins [weather] From what I can remember it was a fine day.

Elaine Evans walked up on April 8th, 2019 [from/via/route] From Mardale Head, up to High Street via Blea Water, across to Mardale Ill Bell, down to Nan Bield Pass, up to Harter Fell, retraced our steps to Nan Bield then descended via Small Water. [with] Sue and Christine [weather] Dry but low cloud on tops. - Success at second attempt - previously had to turn back due to strong gusts of wind. Visibility restricted due to low cloud, otherwise a very good day. Lunch with a view at shelter at Nan Bield.

More Photographs & Pictures of views from, on or of Mardale Ill Bell 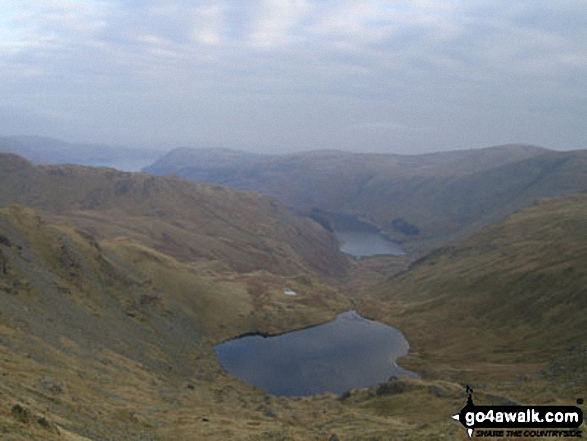 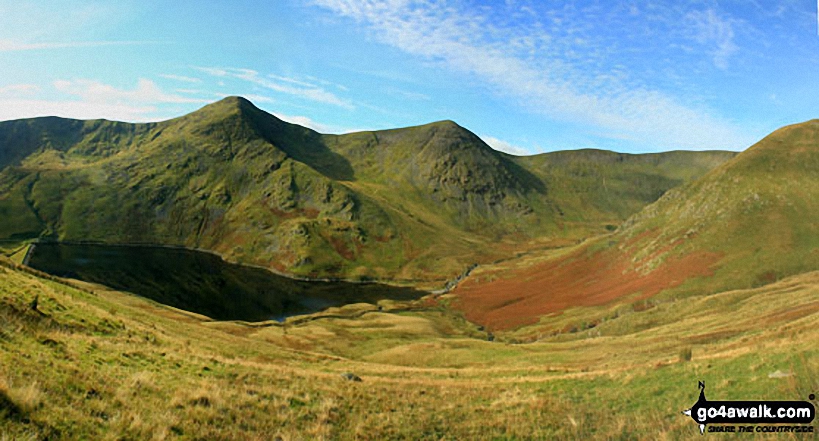 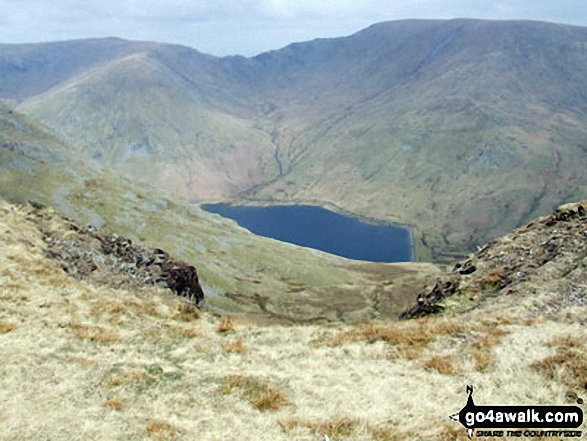 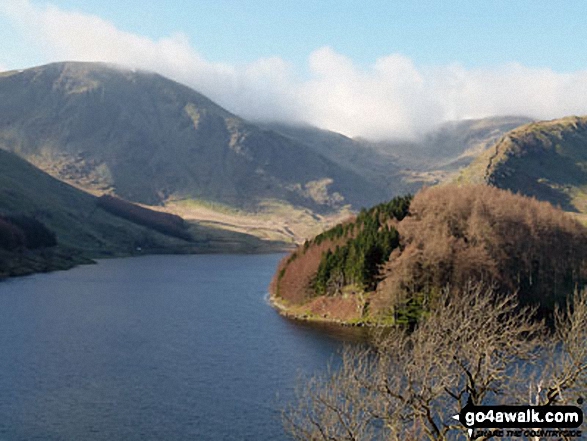 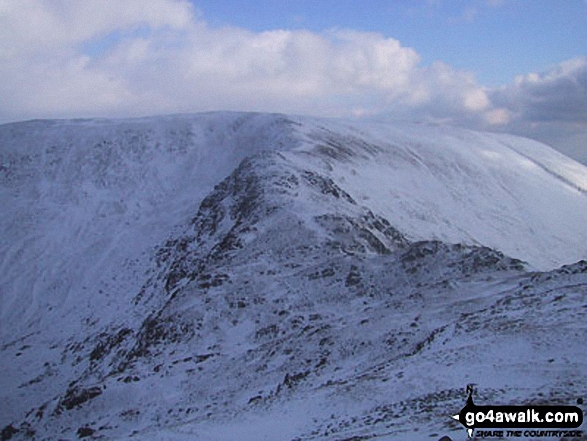 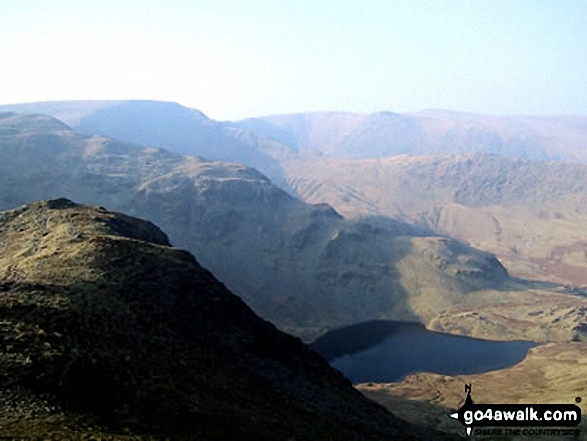 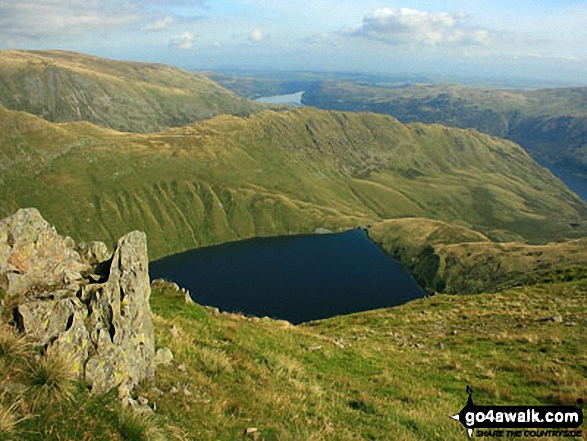 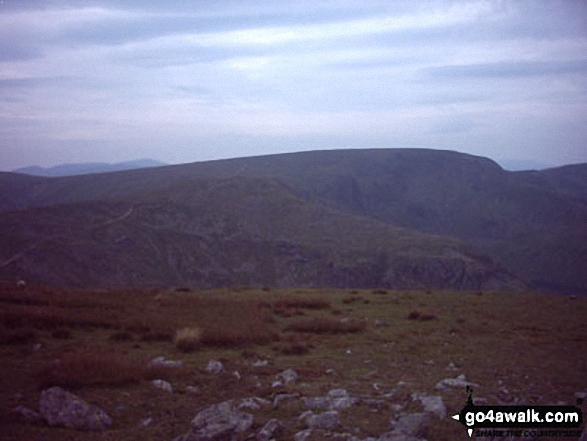 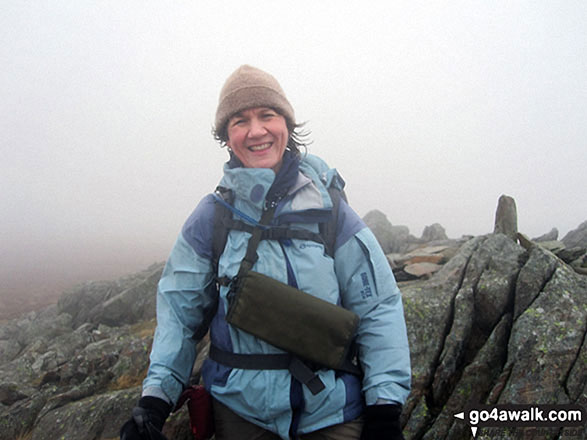 Me on Mardale Ill Bell summit 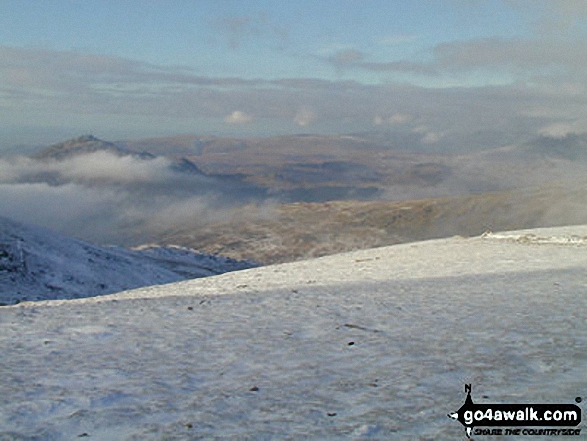 . . . see all 10 walk photographs & pictures of views from, on or of Mardale Ill Bell

Send us your photographs and pictures on, of, or from Mardale Ill Bell

If you would like to add your walk photographs and pictures featuring views from, on or of Mardale Ill Bell to this page, please send them as email attachments (configured for any computer) along with your name to: